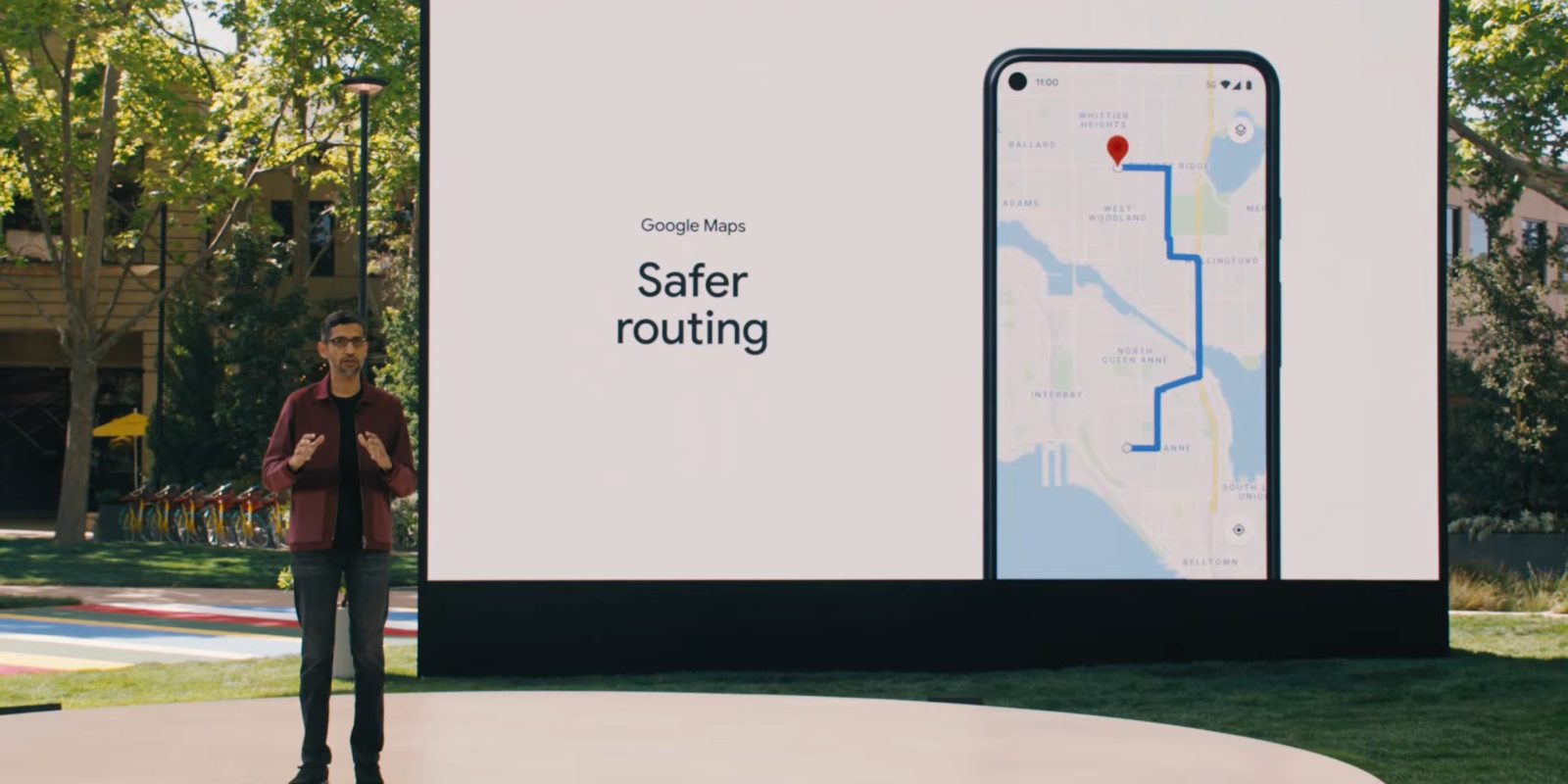 Google Maps is set to gain a new “safe routing” option which will take you down less accident-prone roads.

While most navigation apps, including Google Maps, prioritize the fastest possible route, it’s not always necessary to get somewhere as quick as humanly possible. Instead, the everyday driver who isn’t in a hurry may wish to factor safety into their drive.

As announced at Google I/O by Sundar Pichai, Google Maps is about to gain a new “safe routing” option which factors in the current conditions of the roads, weather, and traffic when planning your trip. Instead of taking the fastest path, you’ll be directed to take a path that is less likely to have any sudden stops, a common cause of motor vehicle accidents.

According to Pichai, Google’s goal for safe routing in Google Maps is to reduce the number of vehicular accidents each year by as many as 100 million.