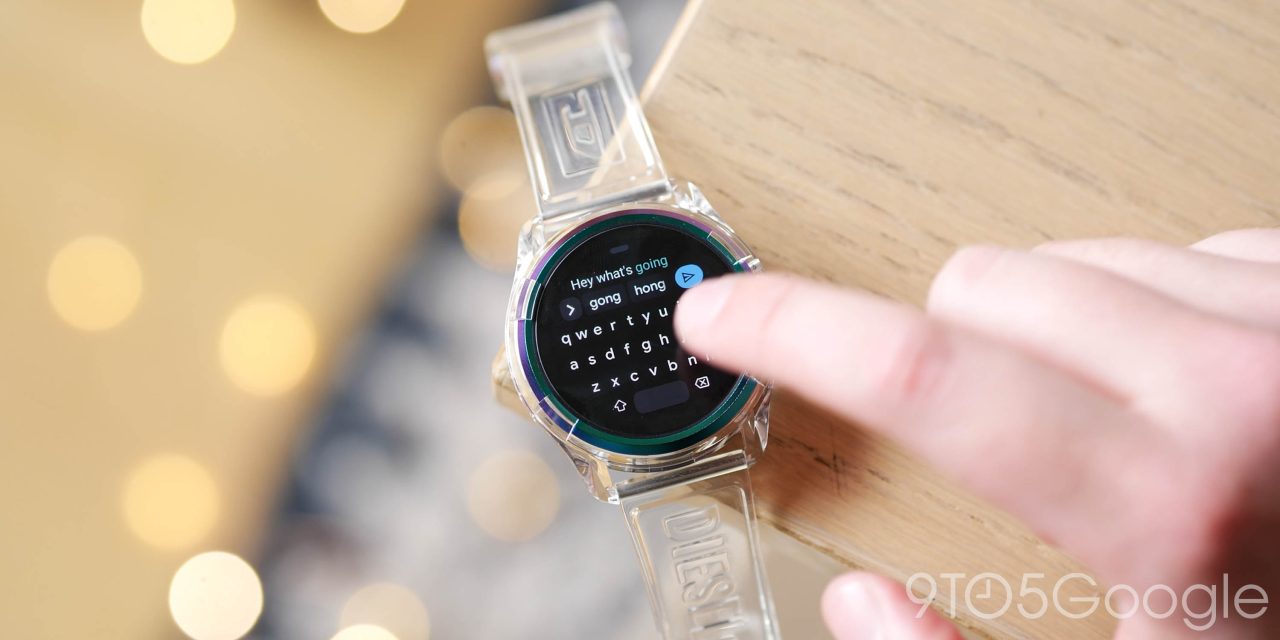 After big announcements for Wear OS at Google I/O 2021, the mobile platform could be set for a big 18 months. Because Google announced some big things, including a merging of Samsung’s Tizen OS, we asked you — our readers — if you are now more inclined to buy a Wear OS watch or not.

We had a pretty large response, with our poll registering around 7,000 responses — a fairly large sample size to get an indication of what 9to5Google readers thought of the recent Wear OS announcements. Just like when we asked about Android tablets, wearables are dominated by Apple – something that we hope changes now that Google has acquired Fitbit and plans are a little less hazy.

Speaking from a Fitbit owner position, the only Wear OS watch that I have considered buying has been the TicWatch Pro 3, and only because it has the latest Snapdragon Wear 4100 chipset. It’s a fairly good wearable, but Wear OS feels a little hamstrung without certain apps such as YouTube Music and often poor battery performance due to the inferior chipsets used. That said, if you haven’t tried another wearable OS platform, you may be very happy with Wear OS as it stands currently.

I do, however, love that there are so many design styles to choose from. Fossil’s traditional watch design heritage means that you can get smartwatches that actually look like a “real” watch rather than a band or obvious piece of tech. Many of our readers agreed that this is why they have opted to buy Fossil-branded Wear OS watches over other competitors:

It should come as no great surprise that a whopping 57% of our readers said that they already own a Wear OS watch. This equates to around 4,000 of those responding to our original poll. Of those who said they have already bought a Wear OS watch, it appears that the Fossil Gen 5 was the most commonly owned Wear OS watch judging by our comments section. Some suggested that Google Pay support and design were huge reasons they chose the Fossil Gen 5 over competing options.

The Google Assistant was another major factor in why such a large percentage of our readership owns or uses a Wear OS watch already. Obviously, using an Android smartphone will also be another reason that many will use the platform over competing options.

Approximately 19% of our readers suggested that they would still buy a Wear OS watch, or will at least consider buying one in the future. Many suggested that they are waiting for more watches powered by the Snapdragon Wear 4100 and 4100+ chipsets before doing so. At present only the Mobvoi TicWatch Pro 3 is utilizing the latest wearable chipset, which is a sad indictment for the platform but something that we hope will change in the coming months.

Just 15% of people said they were waiting until fall to see if the proposed “Pixel Watch” ever sees the light of day. Little is known about any potential Google-branded wearable, but it has been rumored for years now even despite no evidence to suggest it would be unveiled. Given the recent rally after I/O 2021 and the hype for the Pixel 6 now starting to pick up, it would be a great year for Google to finally unveil a Wear OS watch.

Of those left, 2.7% of our readers would not buy a Wear OS watch with some suggesting that “any smartwatch would seem a little too redundant” given a smartphone is always at arm’s length. This is a salient point, as the smaller form factor and lack of power are reasons that it might not be worth investing in a wearable. In reality, this could prove to be a larger number of our readership and those not interested in Wear OS simply did not answer or interact with this poll.

That left just 4.9% claiming ownership of a wearable running an operating system other than Wear OS. The most common response included “Amazfit” in various guises alongside some Tizen-powered Samsung Galaxy Watch units. This was the most surprising answer to our poll. Tizen makes up a much larger portion of the global user pie, and so the low response rate from owners was a slight shock. Again, happy Galaxy Watch owners may have simply avoided our poll altogether this time around.

Extrapolating out again, a whopping 92.4% of those surveyed gave what we would consider a “positive” response — be that by already owning a Wear OS device, saying they would buy one in the future or are hoping for something interesting this fall. That’s shockingly high, but we do focus heavily on Android and the Google “ecosystem” here at 9to5Google. If this poll has proved anything, it’s that our readers are very passionate about Wear OS.