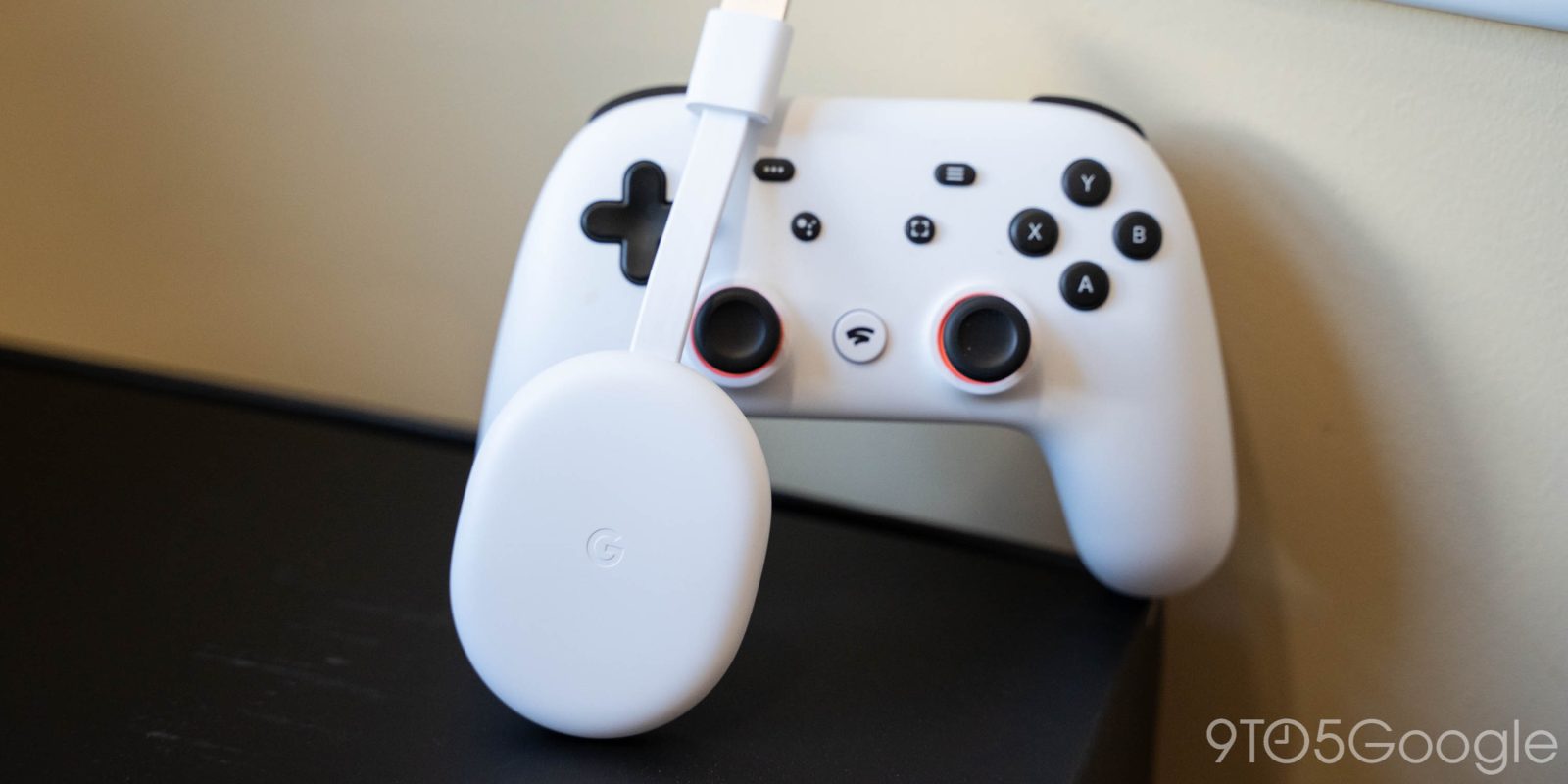 Ahead of Stadia coming to Chromecast with Google TV on June 23, Google is rolling out an update to the streaming dongle that adds underlying support for the game streaming service and makes a handful of other improvements.

Version QTS1.210311.008 is rolling out now as an 86.03MB download that’s officially called a “minor Software update.” That qualifier likely refers to how the device remains on the same (April) security patch as before. This Chromecast with Google TV update primarily adds “support for Stadia” ahead of the Android TV launch later this month. As such, the application is not yet available to download from the Play Store after upgrading.

Meanwhile, Google touts “additional improvements to Bluetooth latency for speakers and headphones.” The last release at the end of April added “Bluetooth Audio stuttering improvements in some Apps.”

This update makes it so that “advanced video settings don’t reset after reboots on some TVs.” Those additional preferences (Settings > Display & Sound) were also introduced in the last update to provide granular control over HDR and color formats, as well as resolution/refresh rate.

Update: There are also “updates and improvements to HDMI-CEC issues to improve video quality and reliability.”

There is no accompanying Voice Remote update today. Google reminds users to restart the Chromecast once the download completes.

To install, click your profile avatar in the top-right corner > Settings > System > About > System update. The full changelog is below: