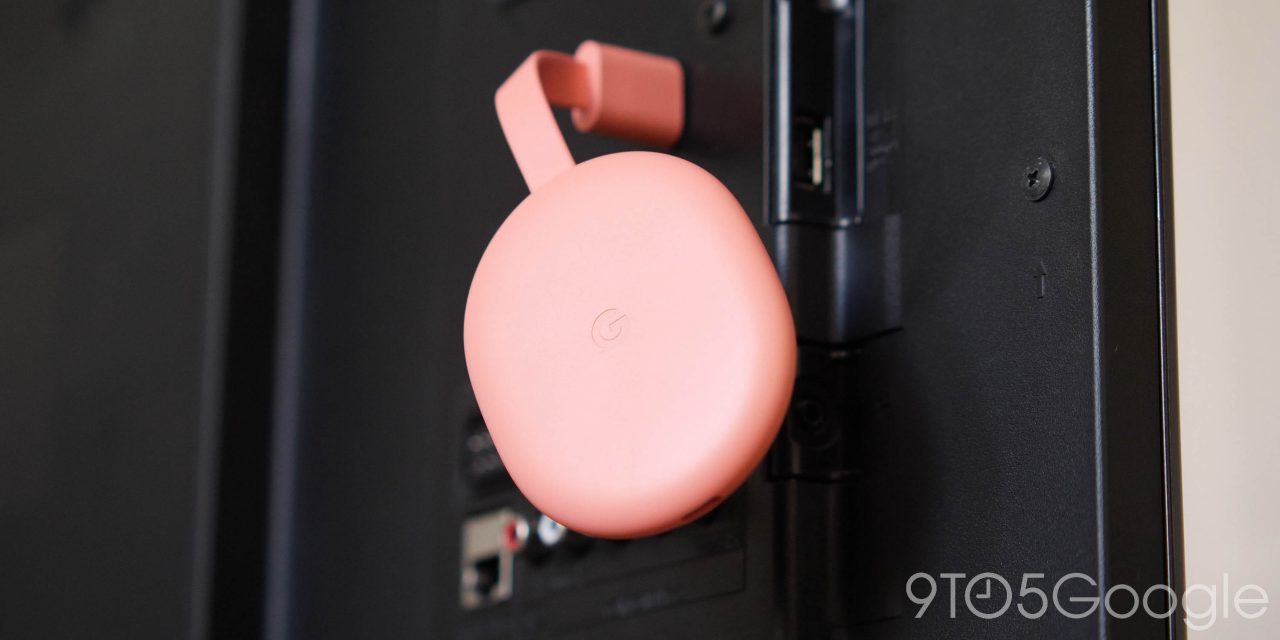 Google is rolling out a rather sizable April update to the Chromecast with Google TV that brings several fixes and a handful of new features.

Bug fixes include HDMI hotplug improvements that help the Chromecast with Google TV detect the best display settings available. For the vast majority of owners that don’t use an Ethernet adapter, there are Wi-Fi enhancements for 5GHz and Mesh networks. Lastly, Google says there should be less Bluetooth Audio stuttering in “some” apps for those that pair headphones.

This April update follows the last release in February that improved 4K support and Dolby Audio for Atmos and Digital Plus passthrough content, while also decreasing the likelihood that users encounter the Android recovery screen.

To download, click your profile avatar in the top-right corner > Settings > System > About > System update. There’s also an accompanying Voice Remote update (24.5 -> 24.7). The full list of changes in the 166MB April Chromecast with Google TV update is below: