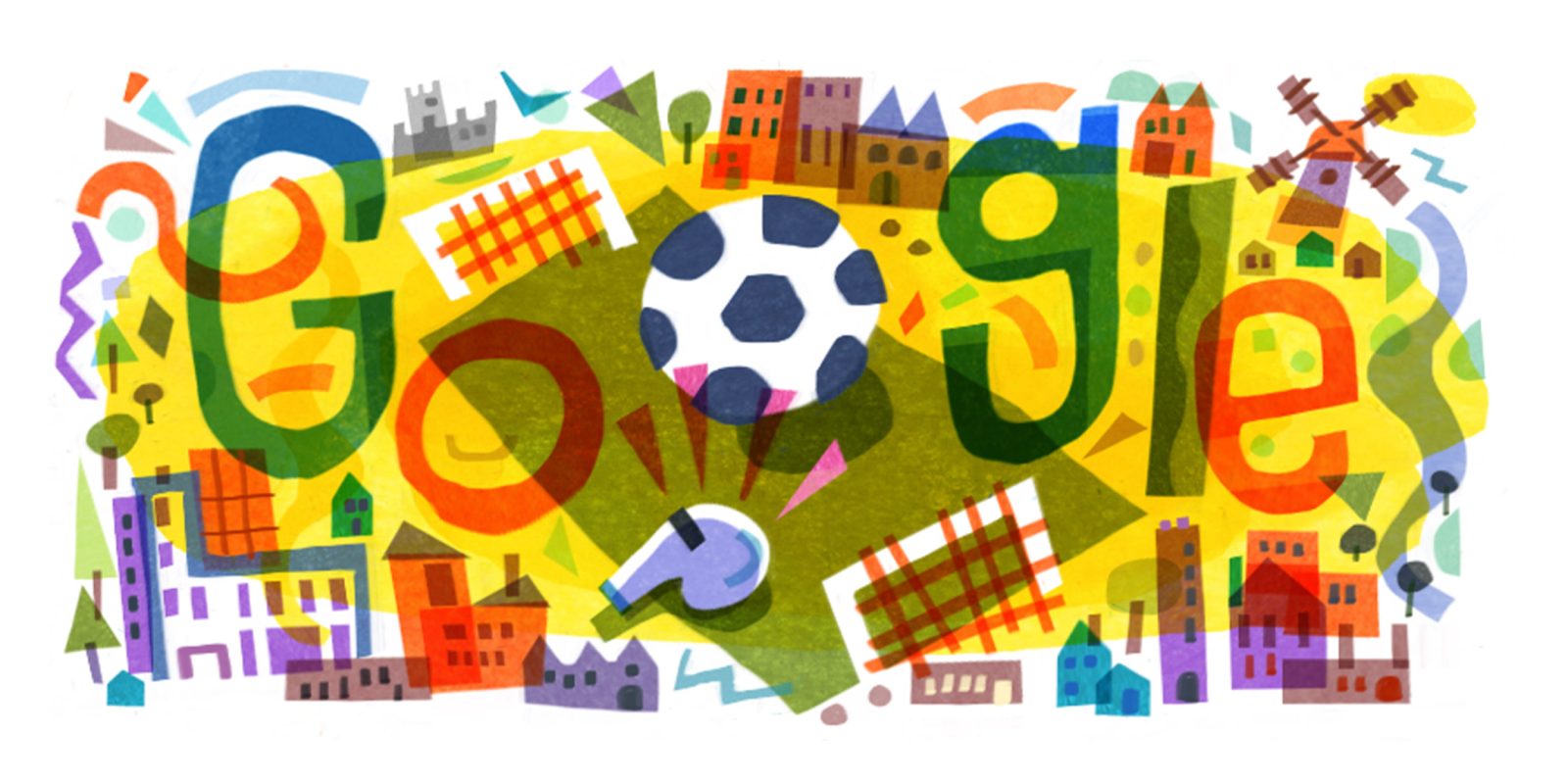 The second-largest international football (soccer for all you Americans) tournament after the World Cup, UEFA Euro 2020 is the world’s largest regional competition, and naturally features only qualified European nations. Held in a similar four-year cycle, this year’s tournament is following a brand-new format and host nation system. In previous years, a host country or countries would be chosen.

Italy vs. Turkey will be the curtain-raiser for UEFA Euro 2020, with Roma’s Stadio Olimpico playing host to the Azzurri and Crescent-Stars in a game that would have been played almost 12 months ago. A further 51 games will be played before a winner is crowned, with the final to be hosted at the home of football, London’s Wembley Stadium. It also signals the first time that many European fans will be able to return to stadia across the globe – albeit in a limited capacity.

This latest Doodle hints at the humble beginnings of many footballers across Europe with a pitch drawn in a park. The second “O” within the Google logo is replaced by a classic 32-patch football. Various iconic building types are littered around the edges including Dutch windmills and even a castle. It’s an abstract take on the beautiful game.

Let’s hope that UEFA Euro 2020 manages to live up to the billing as one of the most anticipated international tournaments in recent years.