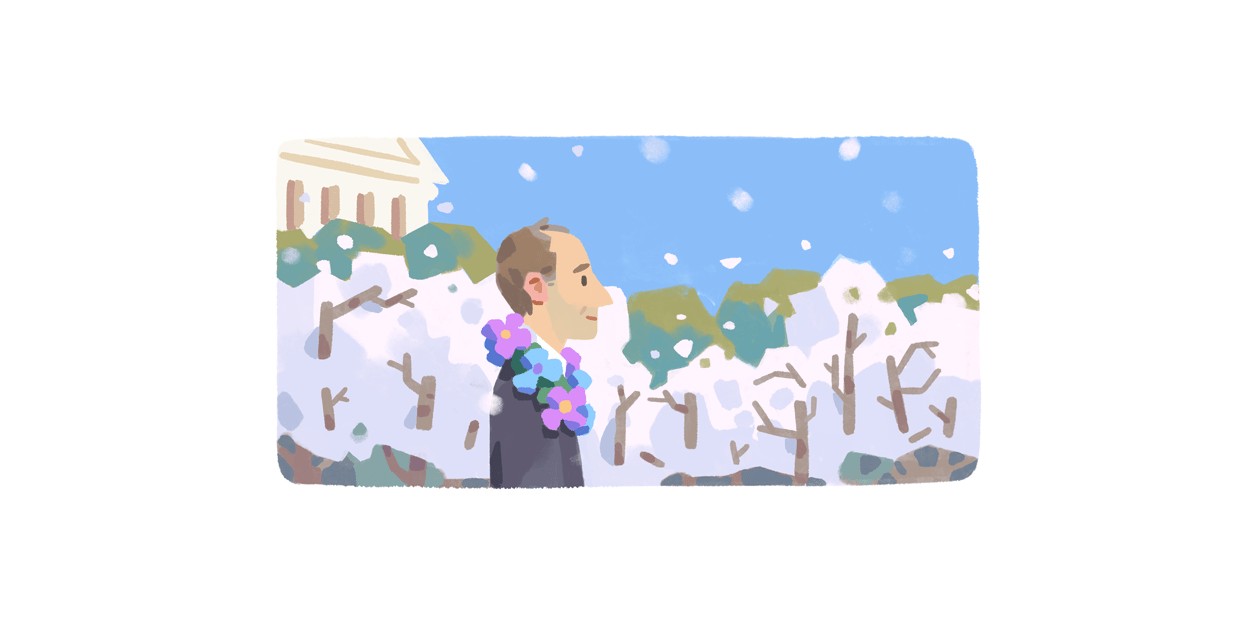 Kicking off their celebration of Pride Month, Google has replaced their homepage logo with a Doodle honoring astronomer and prominent gay rights activist Frank Kameny.

Franklin “Frank” Kameny was born on May 21, 1925, in New York City, and by age 16 was already enrolled in Queens College, learning physics. Before he finished his studies, Kameny was drafted into the US Army where he served during World War II. After the war, he was able to continue his studies, ultimately gaining a doctorate in astronomy from Harvard.

In 1957, Frank Kameny was hired by the United States Army Map Service, but he refused to answer any of his superior’s questions related to his sexual orientation. Subsequently, on the basis of Executive Order 10450, Kameny was fired from his job and barred from any future position within the federal government.

Refusing to take that lying down, Frank Kameny sued the government to appeal his termination, ultimately attempting to escalate the case to the Supreme Court, which declined to review the lower courts’ findings. From that point forward, Kameny devoted his life to the cause of gay rights through petitions, picket line protests — coining the phrase “Gay is Good” — and court appeals.

One of the greater victories of Frank Kameny’s efforts is that in 1973, the American Psychiatric Association agreed to no longer list homosexuality as a mental disorder. Later, in 1975, the US Civil Service Commission — responsible for the hiring practices of the federal government — lifted its ban on LGBTQ employees.

Ultimately, in 2009, the United States government issued a formal apology to Kameny for his firing and honored him with the Theodore Roosevelt Award. Frank Kameny died on October 11, 2011, after years of battling with heart disease.

The Google Doodle honoring Frank Kameny features the activist wearing a flower lei, inspired by the outfit he wore to Pride in 2010. In the background, you can see Washington DC with the letters of “Google” spelled out in the branches of trees.

In addition to today’s Doodle, searching for “Frank Kameny” triggers an on-screen shower of confetti and pride flags, an effect that Google offers for a number of pride-related phrases. On the informational card about Kameny, you’ll also find a heart-shaped button that re-triggers the confetti drop.