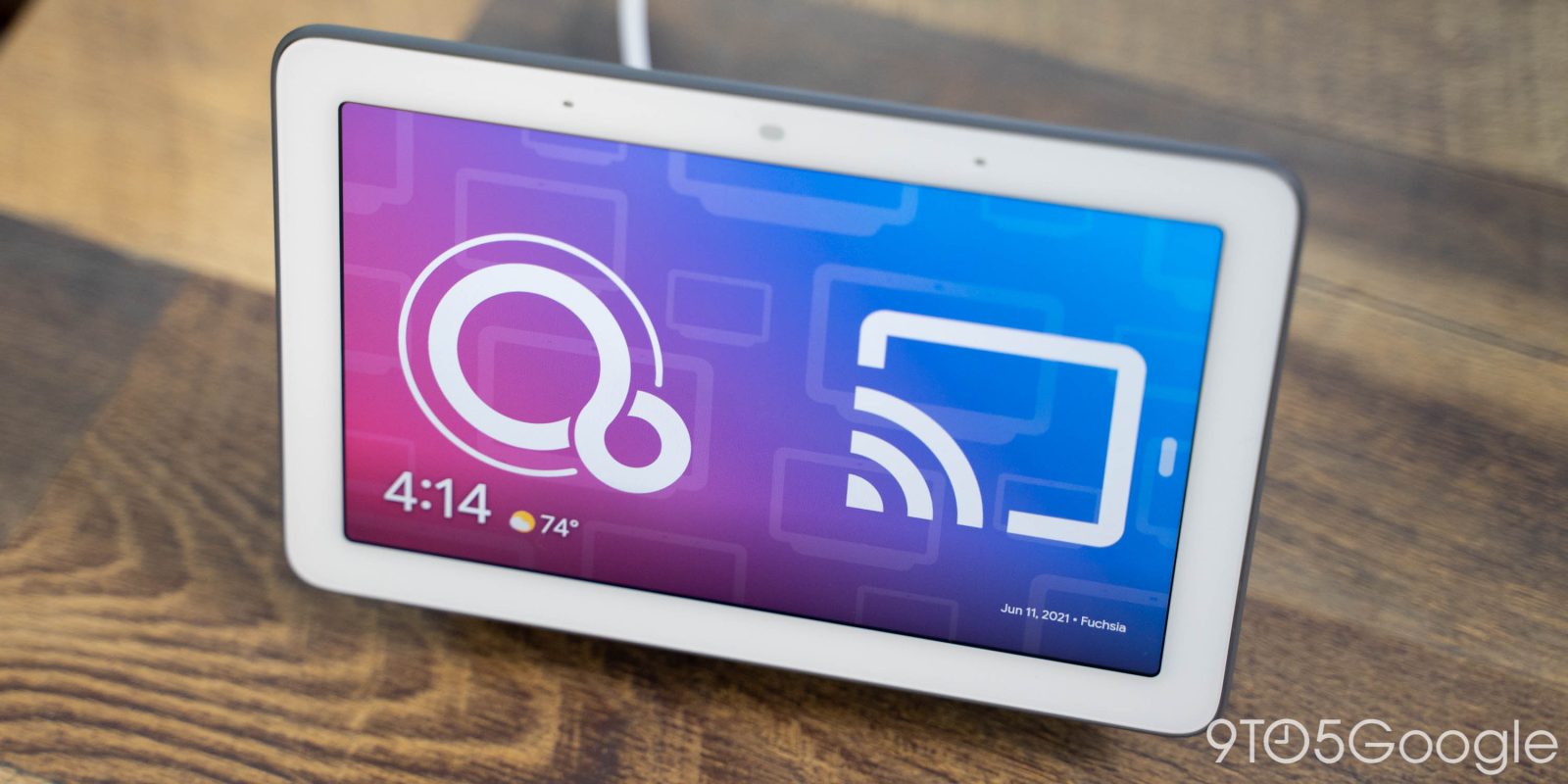 Last month, Google officially released their from-scratch operating system, Fuchsia, starting with select first-generation Nest Hubs. Here are a few different ways to know whether or not your Google Nest Hub has been updated to Fuchsia OS.

How to get the Fuchsia OS update

For now, Google is only rolling out this update to a limited number of Nest Hub devices, starting with a select few in the Preview Program. The company is being very cautious with this update, as switching operating systems on a retail device is no small task.

To get your hands on Fuchsia OS today, there are currently three requirements. First, you need a 2018 Google Nest Hub — originally sold as the “Google Home Hub” — not the second-generation device released earlier this year with built-in sleep tracking.

Second, you need to be enrolled in the Preview Program via the Google Home app. To do so, open Google Home, and navigate to your Nest Hub. Tap the gear in the top-right corner, then “Device information,” and finally “Preview Program.” On this page, you can check whether or not you’ve enrolled for preview updates, and enroll if you haven’t already.

Thirdly, you’ll need patience. Google is not yet releasing the Fuchsia update widely, even to those in the Preview Program. Simply check back, using the guide below, every few days or weeks to see if things have changed.

How to check if your Nest Hub is running Fuchsia

For all intents and purposes, Google seems to want this particular update, taking the Nest Hub off of its previous Cast OS and putting it onto Fuchsia, to be effectively invisible. To that end, there’s no fanfare to the update, nor is there any blatantly obvious parts of the UI that say “you’re running Fuchsia OS.” Instead, you’ll need to look a bit closer in a few key areas to know for sure whether you’re on Fuchsia or Cast OS.

One way to check whether your Nest Hub has been updated to Fuchsia is directly on the Nest Hub. Swipe up from the bottom of the screen to open the quick panel, then tap the gear icon to open the settings, and tap “About device.”

On this page, you’ll see a similar arrangement of info as found in the Google Home app. Here, you’ll want to look for a new bit of info called “Operating system version.” As this is not at all displayed on the older Cast OS, if you see “Operating system version” — it will look something like 1.20210119.2.1406 — you’re most likely running Fuchsia OS.

Another place to check your progress toward the Fuchsia update is to look at the Cast firmware version of your Nest Hub. Open up the Google Home app, navigate to your Nest Hub, tap the gear icon in the top-right corner, and finally tap Device information.

On this page, you can see your Nest Hub’s “System firmware version” as well as its “Cast firmware.” For the “Cast firmware,” if you have a version of at least 1.52.256192, you’re likely running Fuchsia OS.

The most reliable way to know whether your Nest Hub has been updated to Fuchsia OS is found in the web browser. While Google may be trying to keep the update relatively seamless and quiet, the built-in web browser is not going to lie and pretend that it’s still Linux.

Using the helpful “URL Cast Receiver” tool, you can cast essentially any URL to the Nest Hub — or any Chromecast built-in device. Get started by pressing the “Start cast session” button then choosing your Nest Hub from the list of devices. Your Nest Hub will then open to an all-white webpage.

In the tool’s URL bar, paste this url: http://whatsmyuseragent.org then click the “Send” button. This will navigate your Nest Hub to a website which will show the browser’s “user agent,” a bit of text that describes your current browser to every website you view. If your Nest Hub is on Fuchsia OS, you’ll see “Fuchsia” somewhere in that User Agent string, like so:

It’s important to note that these are near about the only ways to know whether or not your device is on Fuchsia. Google has done an excellent job of shadow launching its new operating system, leaving the smart display’s experience relatively unchanged. In fact, in our own testing, we’ve found almost no effective differences between the two, other than a few areas where a Nest Hub running Fuchsia appears to be faster than one on Cast OS.