Hands-on with an early build of Fuchsia OS [Video] 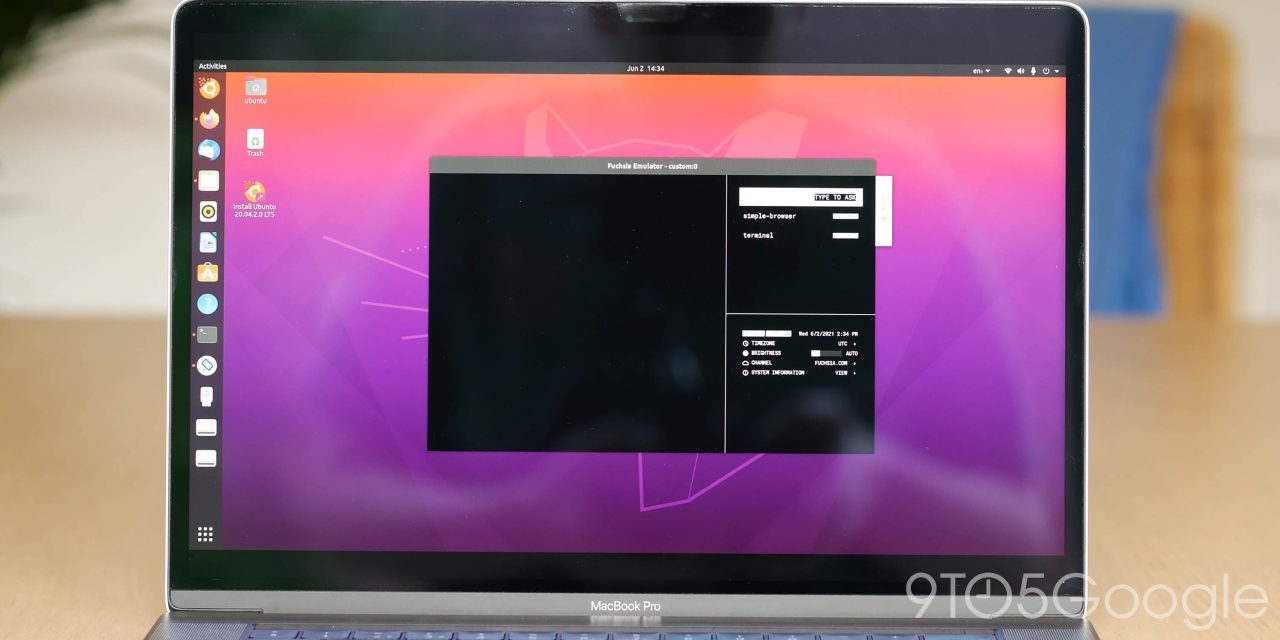 With the combination of Google’s official release and some fantastic work by the developers of Dahlia OS, with the help of an emulator, we’re all now able to go hands-on with Fuchsia OS to try it for ourselves.

Previously, efforts to use Fuchsia OS haven’t exactly been a user-friendly task. We last gave you an extended glimpse of what was a very early Armadillo UI-based build of Fuchsia way back in 2017. That project was canceled in 2018, but since then, the wider Fuchsia project has actually grown and is now available on some original Nest Hub devices. Clearly, Google thinks Fuchsia is ready for primetime.

The Dahlia OS team is behind this project, and it has done an exceptional job of turning what would be a long-winded process into a slightly less arduous one. The Portable Fuchsia Emulator has helped us spend some hands-on time with the open-source portion of Fuchsia without having to spend hours downloading and building — which is a great bonus, but there are still some prerequisites that we’d wager most people won’t have the patience to match.

Fuchsia OS: Should I try it for myself?

It’s hard to suggest that you jump through the numerous hoops to get this very early build of Fuchsia OS running. It requires an active Linux build to actually run, and even then, unless you are inquisitive, it’s probably not worth the effort required for the average tech fan out there. We also encountered issues attempting to use a virtual machine running on Windows when trying to get this working, making the entry-level a little more difficult than it’s probably worth.

Even after a brief hands-on period, it’s immediately clear that the developer tools that Google has offered up for Fuchsia might be a little “basic” for even the most ardent nerd. You can’t do a great deal at this stage without a little digging, that is. This is still the publicly available open-source code of Fuchsia OS, even though it is ridiculously barebones compared to what you’re likely used to.

Warnings out of the way, this is an OS that still needs a lot of work to be considered “useable” by the vast majority of people out there. The only major bonus we can see is that you don’t need to spend hours compiling a build just to test it out at home.

Fuchsia OS emulator hands-on: What can I do?

Well, the short answer is: not a lot. This emulator is a pre-built Fuchsia image that gives you a taste of the kind of things that can be done because there is no GUI to speak of. It’s just a way to see some of the core features that are likely to be implemented. It’s designed for developers to test their own apps in the right environment rather than providing anything properly user-facing.

There is a simple web browser that will allow you to open multiple tabs and even multiple instances of the browser. Plus, a Terminal window that can be run side-by-side with the ability to adjust overall screen share within the viewport. You get access to a basic app switcher. There is an option to ask questions, which we assume as you add modules and add-ons. You’ll be able to quickly jump to the modules/add-ons you want or need as a rudimentary search. A system panel allows you to manage the times, dates, and brightness and see system information or resources.

The terminal lets you run some internal applications, things like a basic calendar, but, of course, none of this will be easily accessible to the average person. Google clearly expects only seasoned Fuchsia team members and developers to know their way around to fully dive in and get hands-on.

The idea here is that if someone builds an app, it can be run to show that Fuchsia is capable. Google isn’t necessarily trying to give that impression at this stage, but there is potential for developers to build their own apps that will work on the platform. Documentation for Fuchsia OS says that the platform supports Dart. That is the same language that is used in the Flutter framework for building applications. We’re hoping that this will help developers get apps under construction.

What’s next for Fuchsia OS?

The most obvious home at this stage for Fuchsia is in the smart home. Starting with some devices in the preview program, the Linux-based “Cast OS” on the first-generation Nest Hub is being replaced with Fuchsia.

Armadillo was a look at a new interface option focused on experimental ways of thinking about apps. After Armadillo was canceled in 2018, it would have been easy to suggest that Fuchsia on larger form factors was not a possibility. However, it is still being designed with larger devices like desktops and laptops in mind.

Google did not choose to debut Fuchsia during its Google I/O developer conference just a few short weeks ago. That suggests that Google still not yet being ready for the average developer to work with Fuchsia — something it’s easy to gather after a short hands-on period.

Could we see Fuchsia on smartphones and tablets? If we do, it will be a long time away, but it would be interesting, to say the least. Starting life as an OS to take on IoT devices isn’t a bad way to take your first steps.