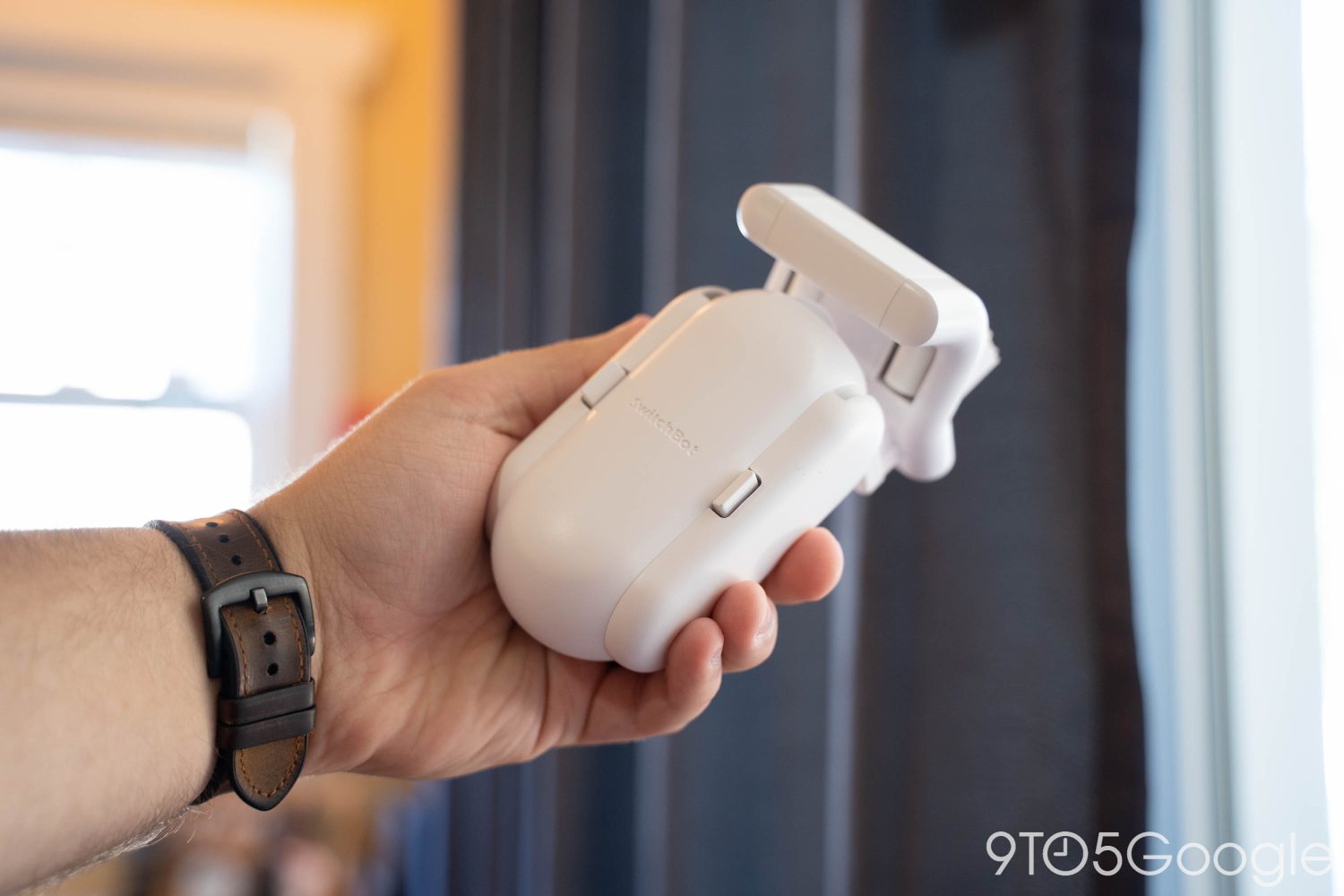 Google Assistant is capable of controlling literally hundreds of different kinds of devices, but some can get fairly expensive. Smart curtains and blinds, for example, can cost hundreds of dollars and require new hardware to install. SwitchBot, though, has a clever solution to Google Assistant-controlled curtains that’s at least relatively affordable.

The SwitchBot Curtain is a little internet-connected robot that connects to your curtains to open or close them either using an app or voice control. It’s a pretty simple and frankly ingenious concept that gets the job done. There are three versions of the bot. One attaches to a standard curtain rod, as pictured, and rolls along the rod to open and close the curtain. There are also versions that are specially designed to fit U-Rail and I-Rail setups and work in generally the same way.

Setting up the SwitchBot Curtain is a relatively simple, but possibly time-consuming process. First, download the SwitchBot app from the Play Store or App Store and start the pairing process. You’ll also need the SwitchBot Hub to have internet-control over the robot, otherwise you’ll be limited to Bluetooth only.

The app will then help walk you through getting the robot connected to your curtains. I’d recommend paying close attention to the in-app tutorial as it’s very detailed and helpful, but if you are using the rod version, I have two bits of advice.

First, don’t hesitate to use the included clips and plastic tether if you have blackout curtains or anything heavier than sheer. The robot probably won’t be able to pull it otherwise. On that note, the motors let out a relatively loud whine as they go, but that’s something I, and my dogs, got used to after a few days.

The other tip is that if the robot needs to go over the “bump” where the rod expands, there are alternatives to the included metal “bridge.” That part quite simply did not work for me, but these clever little cones from Amazon did the trick wonderfully.

Once setup is complete, using the Switchbot Curtain with Google Assistant is fairly simple. First, go into the settings for the bot and enable cloud control. Second, head to the Google Home app and link your accounts as you would with any other smart home gear. Then, voice commands can open or close the curtain. You can’t set a specific amount for the curtain to open, unfortunately, but the ability to open and close comes in handy, mostly for routines anyway. I attached a close command to my “goodnight” routine and an open command to “good morning.” You could also automate the curtain along with lights using scheduled routines.

The SwitchBot app offers a bit more functionality. You can set a specific spot for the curtain to open to, and you can adjust the calibration here as well. This is something you’ll definitely need to do if you ever use the curtain manually. It detects you pulling on it and kicks in the motor, but I’ve found that slowly results in the locations being a bit off. I’ve had to recalibrate it a few times since first setting up the bot.

As for battery life, it will vary depending on your setup and usage. A longer curtain rod, obviously, will eat up power more quickly. After about a month of daily use, I’ve had the battery drop to about 70%. Notably, though, I’m using the optional solar panel accessory to help boost the longevity. This doesn’t work particularly well on my curtain because it’s against a door that doesn’t get direct sunlight, but it does capture just a little bit of light to help trickle-charge the battery. I also really like that the solar panel can sit flush on the bot or hang down on a cable that’s tucked away inside of the panel.

For $100 per curtain before accessories and the hub, though, is the SwitchBot Curtain really worthwhile? It’s not the most elegant solution to control curtains with Google Assistant, but it’s one of the only solutions that’s affordable, easy to install, and can use existing curtains in your home. If you’re looking to buy, the best deal is the company’s “Hub Pack”when it’s on sale. But if you miss the sales, this is not a product I’d call overpriced.