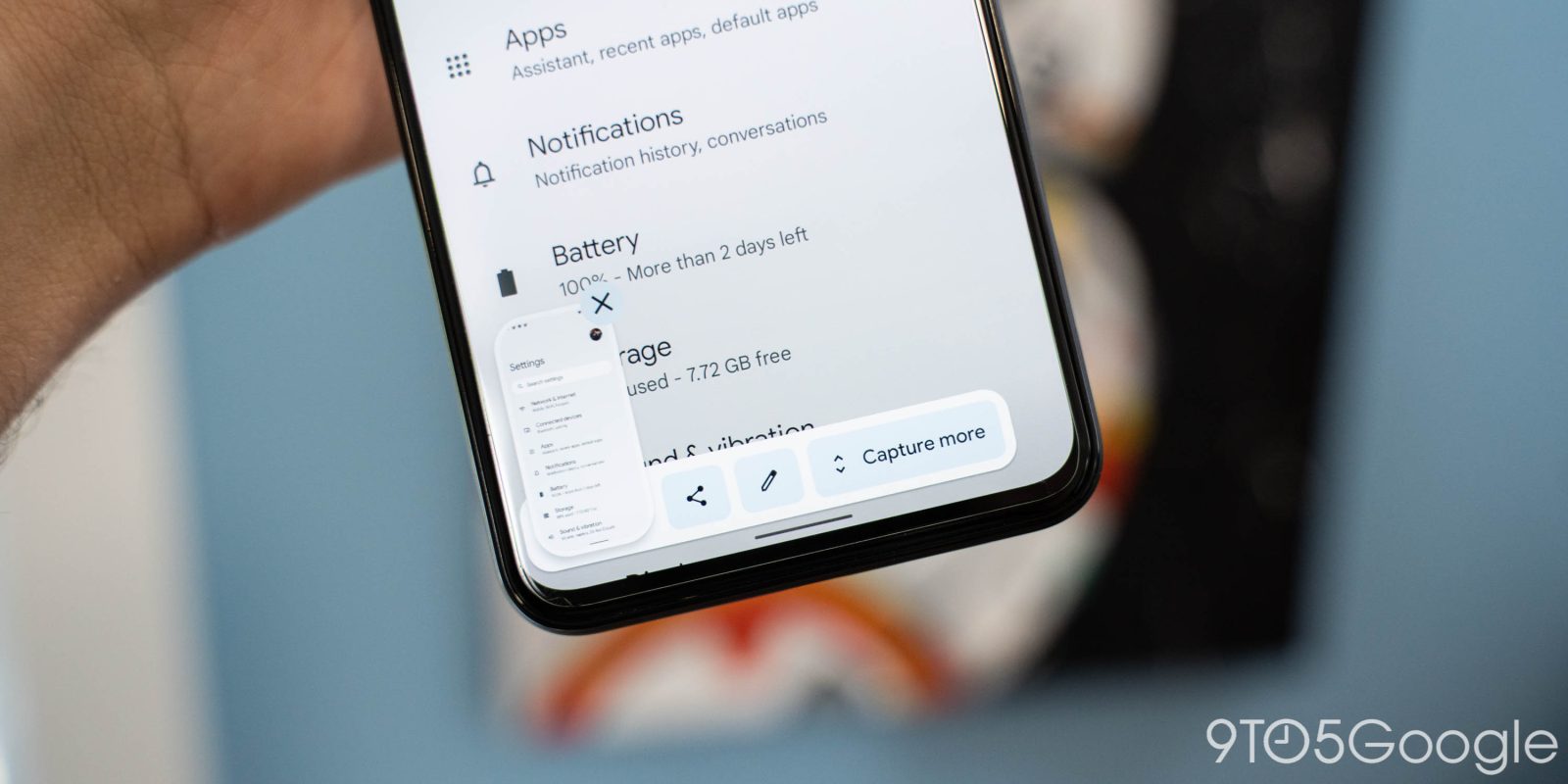 You’ll often see a neat feature show up in third-party skins before they arrive in native Android, but the popular feature that is Scrolling Screenshots feels like it has taken an eternity to arrive. Today, though, Scrolling Screenshots are finally a part of native Android and, in turn, on Pixels, but the functionality differs a bit compared to what you’ll see on a Samsung device.

With the arrival of Android 12 Beta 3, Google has released its version of Scrolling Screenshots on Pixel smartphones. As mentioned, this is a feature that many Android OEMs have been offering to users for years now, Samsung and OnePlus being the most notable of the bunch. Google first committed to adopting the feature a couple of years ago, but setbacks delayed the release until Android 12.

Looking backward, Scrolling Screenshots on Samsung devices work in a specific way. You take a screenshot as normal and then tap a button on the pop-up menu to extend the shot. Each press moves the screenshot down about one length of your display, give or take. This is generally a fine way to use this function, but it can result in some janky experiences from time to time.

Google’s version, meanwhile, takes a static shot of the entire screen, which then can be cropped to your liking. The good news here is that this should present fewer UI issues. The bad news? It won’t work everywhere. It supports some apps, like the Settings app and Messages, but not others. For example, the feature just doesn’t work at all in Google Chrome, at least for the time being.

That’s not unexpected, though. In its announcement of the feature today, Google said that it would only work for apps with “standard View-based UI,” which Chrome and, in turn, websites don’t offer at the moment. Google does say that the feature will get updated in further beta releases. If an app is supported, you’ll see the “Capture More” button at the bottom of the screen.