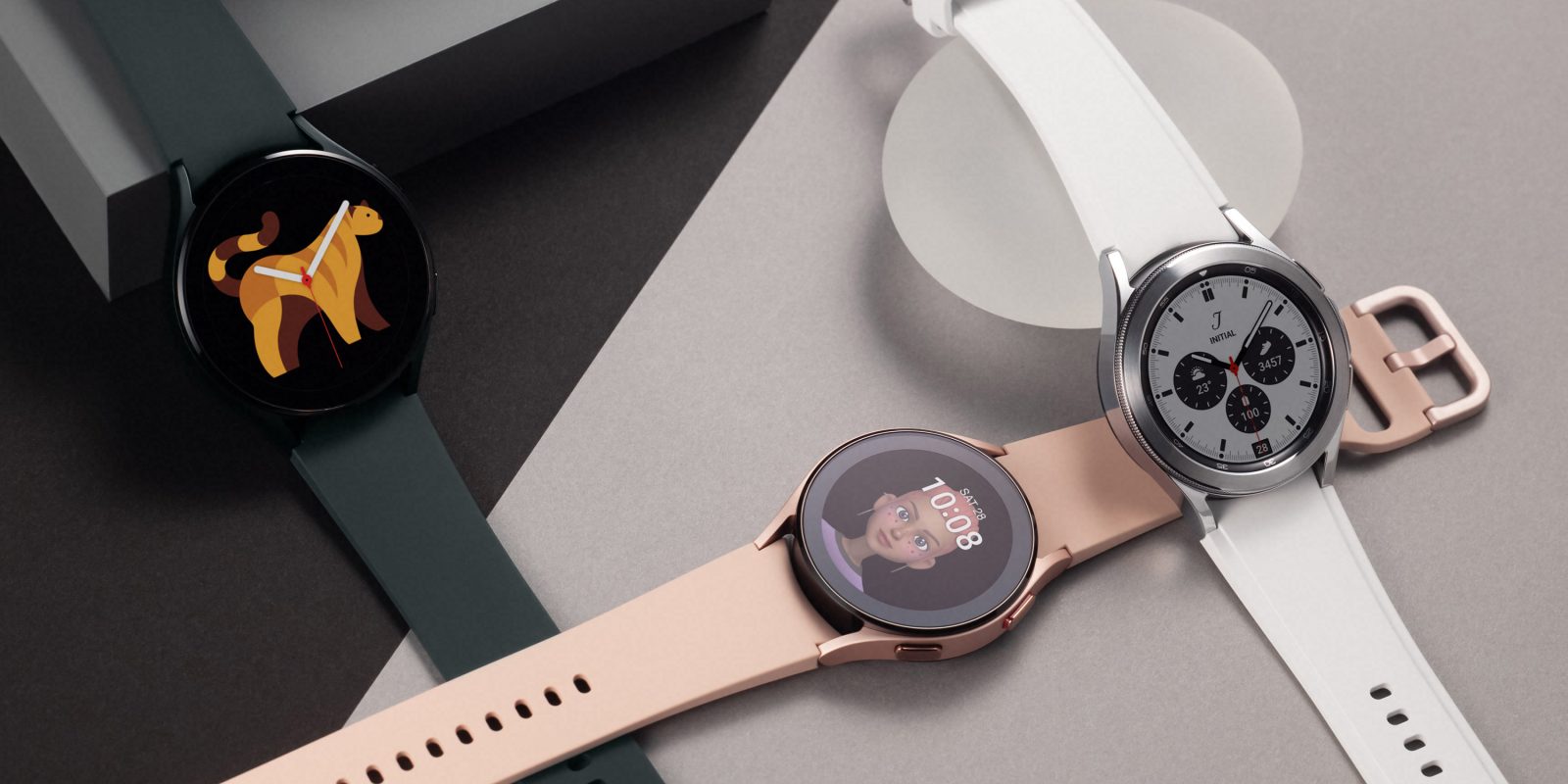 Following its reveal at Google I/O earlier this year, Wear OS 3 is officially making its debut today with the return of a major name. Samsung is launching the Galaxy Watch 4 series on Wear OS. Here’s what you need to know.

Wear OS is a key part of the story here, with Samsung’s “One UI Watch” experience being the lens we’re first seeing this through. The custom skin visually looks a lot like Android on the company’s Galaxy smartphones, but it brings features such as automatic app installs, syncing Do Not Disturb and alarms, and more from Google’s side of the software. You can get a better look at the software in our hands-on here.

Samsung points to Google apps such as Maps, and third-party apps such as Spotify, Lifesum, and Calm as highlights of its Wear OS switch. As for Samsung apps, you’ll still find Bixby, Samsung Pay, SmartThings, and more pre-installed. Samsung also has a bunch of watchfaces built in.

The hardware is, overall, not much of a departure from past Samsung smartwatches. The rotating bezel acts as physical navigation to supplement the touchscreen, and there are two buttons along the side of the watch for tasks such as waking the screen, going back, and acting as an app shortcut.

One major improvement Samsung is making to the hardware is a new health sensor. The “BioActive” sensor combines the Optical Heart Rate, Electrical Heart, and Bioelectrical Impedance Analysis sensors into one to save space. This allows users to track their heart rate and SpO2 levels, take an ECG, and monitor their blood pressure. That last feature, though, is still region-locked and not available in the US. Samsung has also added a new “Body Composition” feature that can capture measurements such as skeletal muscle mass, basal metabolic rate, body water percentage, and body fat percentage on users over the age of 20. The sensor is also used for calculating Sleep Scores.

Under the hood, the Galaxy Watch 4 series ships across the board with a brand new 5nm Exynos W920 processor along with 1.5GB of RAM. That should ensure much better performance compared to any Wear OS watch, even beating out the Galaxy Watch 3. Samsung says the CPU is 20% faster and the GPU is 10x more powerful. 16GB of storage should also be plenty of room for apps and offline music. Since this is Wear OS, you’ll be able to use these watches with any Android phone running Android 6.0+ with at least 1.5GB of RAM. There are some special features enabled by connecting to a Galaxy phone and/or earbuds, though.

As for battery life, the story isn’t bad but not exactly game changing, as some leaks suggested. Samsung says you can expect up to 40 hours of general use on a single charge, and charging can replenish up to 10 hours in just 30 minutes. Samsung doesn’t mention whether this battery life estimate is with the always-on display enabled or not.

Sales of the Samsung Galaxy Watch 4 series kick off on August 27, but pre-orders open today. You’ll get $50 in Samsung credit for pre-ordering any variant of the wearable, and pricing starts at $249. That’ll get the 40mm Galaxy Watch 4, which is available in black, pink, gold, and silver. For a bit extra, the 44mm model is available in black, silver, and green. LTE models start at $299.

Meanwhile, the Galaxy Watch 4 Classic starts at $349, and $399 for the LTE model. Both the 42mm and 46mm versions will be sold in black and silver only. All models have 5ATM/IP68 water resistance, MIL-STD-810G durability, and “WPC-based wireless charging.”

As mentioned, pre-orders for both Galaxy Watch 4 and Watch 4 Classic open today.