Opinion: Google Messages and RCS weren’t ready for the complications of Hurricane Ida 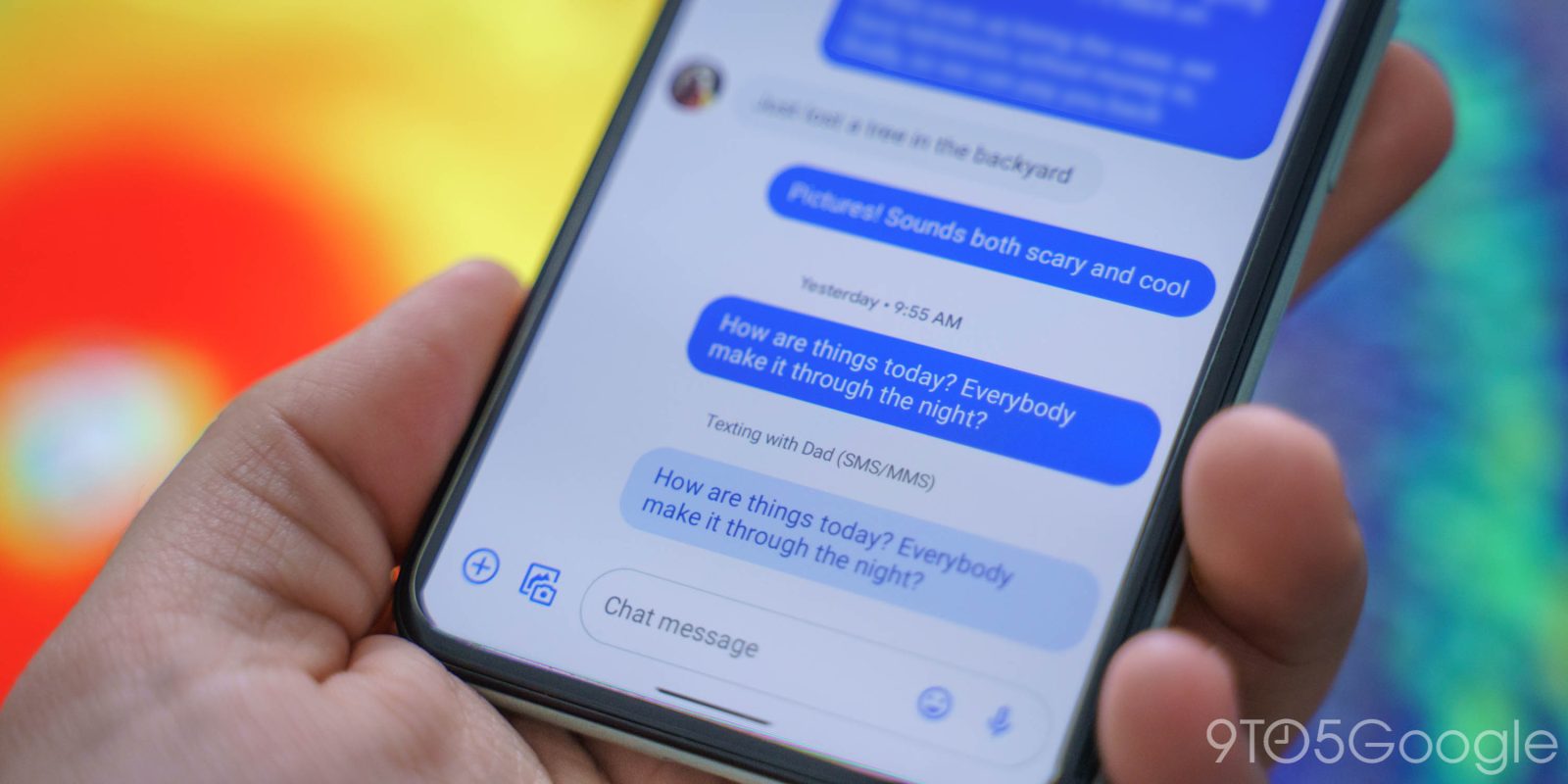 In the midst of Hurricane Ida, I’ve found that RCS is not ready to be depended upon, while Google Messages has not thought out all the edge cases for the future.

As I sit down to write this post, my immediate family and I — having safely evacuated to Texas — have a million things on our minds. How did our homes fare in the storm? Has there been any major damage? When will power be restored to New Orleans? When is it safe to go home? And most importantly, are the friends and family members who stayed behind all okay?

In the US in 2021, there’s no single agreed-upon way to keep in touch with people unless everyone you know has an iPhone. Some friends prefer Discord, others Facebook Messenger, and I can reach a select few with RCS — an up-and-coming replacement to SMS messaging being championed by Google. On Sunday, with Hurricane Ida only just having made landfall, I was using three different apps to check in on friends and family.

Come Monday morning, the storm having ravaged Louisiana overnight, the situation had changed. All across the state, cell towers were damaged, taking out some carrier networks and making an internet connection essentially impossible in most areas. Worse, there was no way to really know any of that until local news outlets reported it hours after the fact, leaving us worrying all morning about those who stayed behind.

Thankfully, we found that, in some cases, a simple text message could get through, assuming the cell towers functioned at all. Now, what does any of this have to do with RCS?

In trying to reach out to my dad, I opened Google Messages and tried to send him a quick text to make sure everyone was okay. A few minutes later, I realized that it was trying to send via RCS. Google’s current RCS system is built on the assumption that the internet will always be accessible, but thanks to the destruction caused by Ida, I knew internet access would be essentially non-existent.

Knowing my way around Google Messages, I was able to use the per-contact toggle to “Only send SMS and MMS messages” and try to send my message again.

Ultimately, when cell service began to be restored to the area in the afternoon, I received a call from my dad a full 39 minutes before the RCS message was marked as received. In times of crisis, 39 minutes could make a significant difference.

Worse, at no point did Google Messages try sending the original RCS message through SMS as a fallback or directly notify me of its inability to reach the recipient. It just silently failed to deliver that message during those five hours that my dad was without internet access.

In the end, this was a minor issue I was able to work around. However, I’m a tech enthusiast, and it’s literally part of my job to know how to change settings like that. Putting myself in the shoes of the average person, someone who may not understand what enabling Chat/RCS features means, I would have no way of knowing why my message wasn’t being delivered. If the roles were reversed, and I was the one in harm’s way, I don’t know that my parents would know to turn off that toggle.

Importantly, this is a failing of Google Messages as an app, not RCS itself. As Google Messages is capable of sending both RCS and SMS messages, it seems obvious that the app should automatically try to resend undelivered RCS messages via SMS instead. By comparison, on iPhones, iMessage automatically sends an SMS if it can’t get through via Apple’s network.

Google is working hard to make RCS the next de facto messaging standard to replace SMS, with their own Google Messages app serving as the primary gateway and flagship experience for RCS. However, it’s important to remember that the internet cannot always be available, no matter how much infrastructure we put in place. In those moments, a backup method is critical.

Clearly, Google Messages has no backup plan for when an RCS message fails to be delivered. At a bare minimum, it would be useful to get a notification about the problem and offer to send your message another way, like Google Voice and Signal both offer. Or, in order to help those who are not tech-savvy, simply send the fallback SMS message without anyone needing to think about it, like iMessage does.

For now, though, Google has publicly called out SMS fallback as a distinct disadvantage of iMessage, as you immediately lose any encryption and security. That said, considering SMS is far more tried-and-tested, it will likely continue to serve a purpose for the foreseeable future, even if only as a backup plan.

When a natural disaster strikes, getting information out is absolutely critical, and from what little I’ve experienced this week, I don’t think Messages and RCS — on which Google is basing its consumer communication strategy — are prepared for that responsibility.