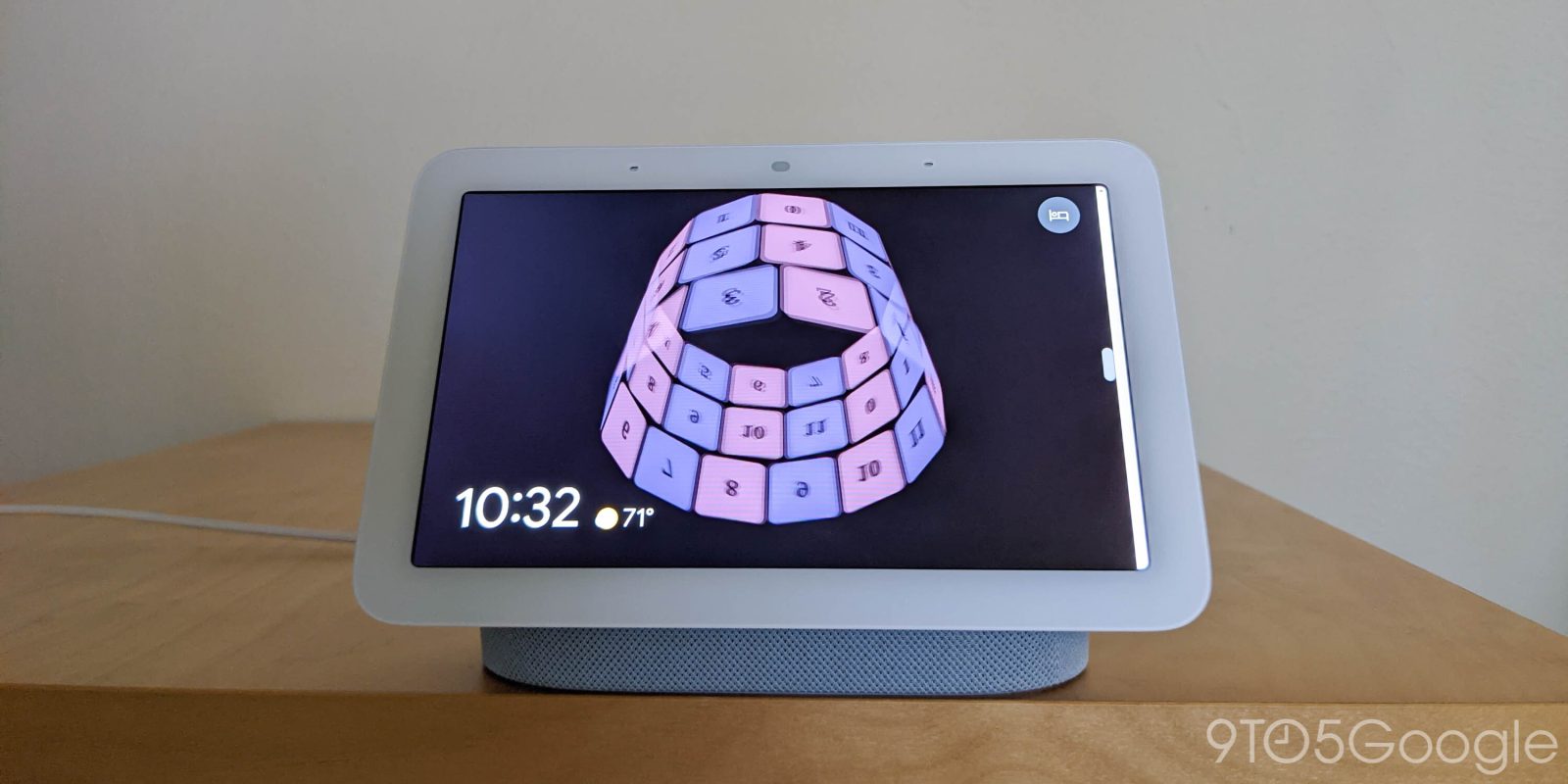 There’s a “Your favorite characters” description, and tapping lets you select “A Link” — a “testing WebAmbient App.” On the Nest Hub Max, this sets a new clock that’s like the regular slideshow one with time and weather in the corner. However, there’s no background image, and all you get is essentially a web page with a “Play A Link” button in the bottom right.

This is presumably the result of early Google testing that was accidentally deployed to all Smart Dislays. We’re seeing on both stable (version 1.54) and preview firmware (1.56).

For starters, it’s not called “Character,” but rather “Web Ambient.” Setting that clock results in a very odd swirling vortex of numbers.

The “Characters” in question could be similar to the Weather Frog in that they update and animate over the course of a day. However, it’s not clear whether Google would be using famous cartoon intellectual property (IP) or whether they will be developed in-house, e.g. Google Doodles.

Nest Hub Character clocks could be a particularly fun family/kid-focused feature, but hopefully there are also abstract backgrounds, like the vortex clock.