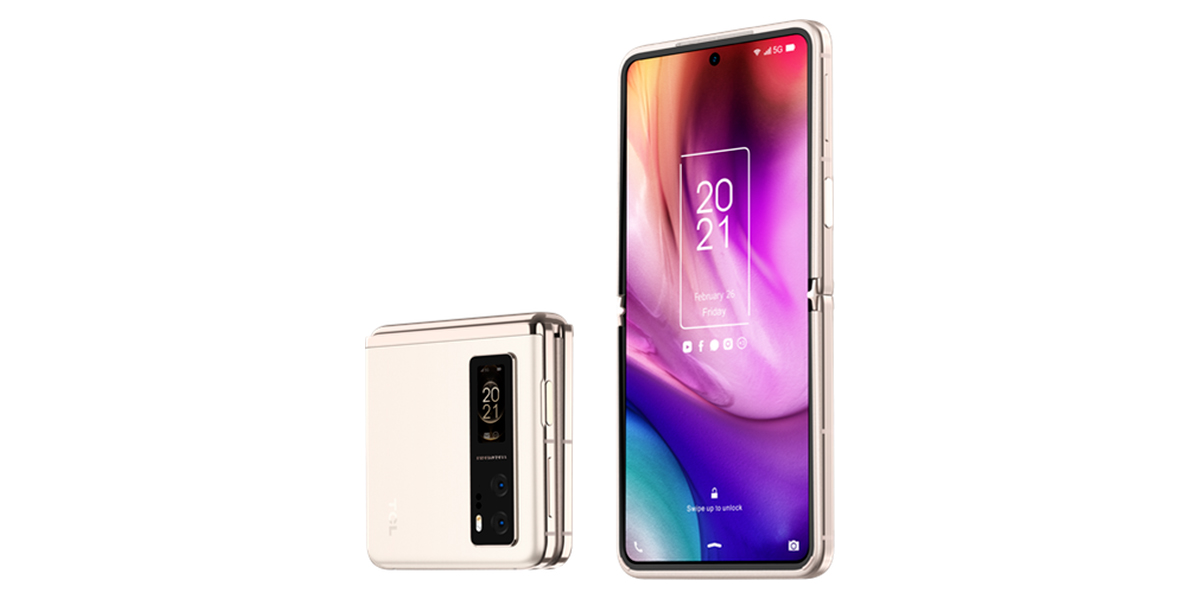 Samsung’s latest foldables prove that the technology is ready for mainstream users, but Samsung is the only major player at the moment. TCL has long been teasing foldable devices, and while it’s not coming to market, the company is today showing off “Chicago,” which would have been the most affordable foldable ever.

“Chicago” is the codename for TCL’s first foldable phone, which, unfortunately, has been postponed indefinitely. At the very least, it won’t go on sale this year as TCL had previously promised.

The device would have shipped with the Snapdragon 765 processor in a foldable form factor nearly identical to Samsung’s Galaxy Z Flip series. Early units of the device were shipped to some journalists, including MrMobile, CNET, and more, which are essentially working prototypes of the hardware. First impressions weren’t as glowing as the Galaxy Z Flip 3, but for the price point, it seems it would have been a fairly strong offering.

The main differences between the Flip and “Chicago” seem to be the lack of 5G support, a slightly modified outer display, and a hinge design that fully closed the device instead of leaving a gap as Samsung’s does. TCL’s design also would have forgone water resistance.

In a statement to ZDNet, TCL explained more in detail why it pulled the plug on this device.

As one of the world’s largest display and smartphone manufacturers, TCL has spent decades developing products that deliver high-end technologies at affordable price points. In recent years, TCL has invested billions of dollars into the research and development of new and upcoming display technologies, including flexible displays and foldable smartphones.

Although the foldable market is growing each year, it is still a premium product category. In combination with recent component shortages, the COVID-19 pandemic and rising costs in foldable production, TCL has made the difficult decision to suspend the launch of its first commercially available foldable smartphone until the company can produce and bring it to market at a price point that’s accessible to as many consumers as possible.

TCL remains committed to investing in flexible display technologies and is closely monitoring the market to determine the best time to launch a foldable smartphone. In the meantime, we continue to focus on our “5G for All” initiative introduced at Mobile World Congress 2021, in which we work with carriers around the world to deliver 5G solutions to all consumers across a variety of price points and product categories.

TCL didn’t directly confirm the price “Chicago” would have hit, but $800 was mentioned in more than one article about the device. If so, that would have undercut Samsung by $200 and made the device the cheapest foldable on the market. However, TCL’s logic was that if customers are willing to spend $800 on a phone, they’re willing to spend $1,000 on one that’s better, which the Flip 3 certainly is.