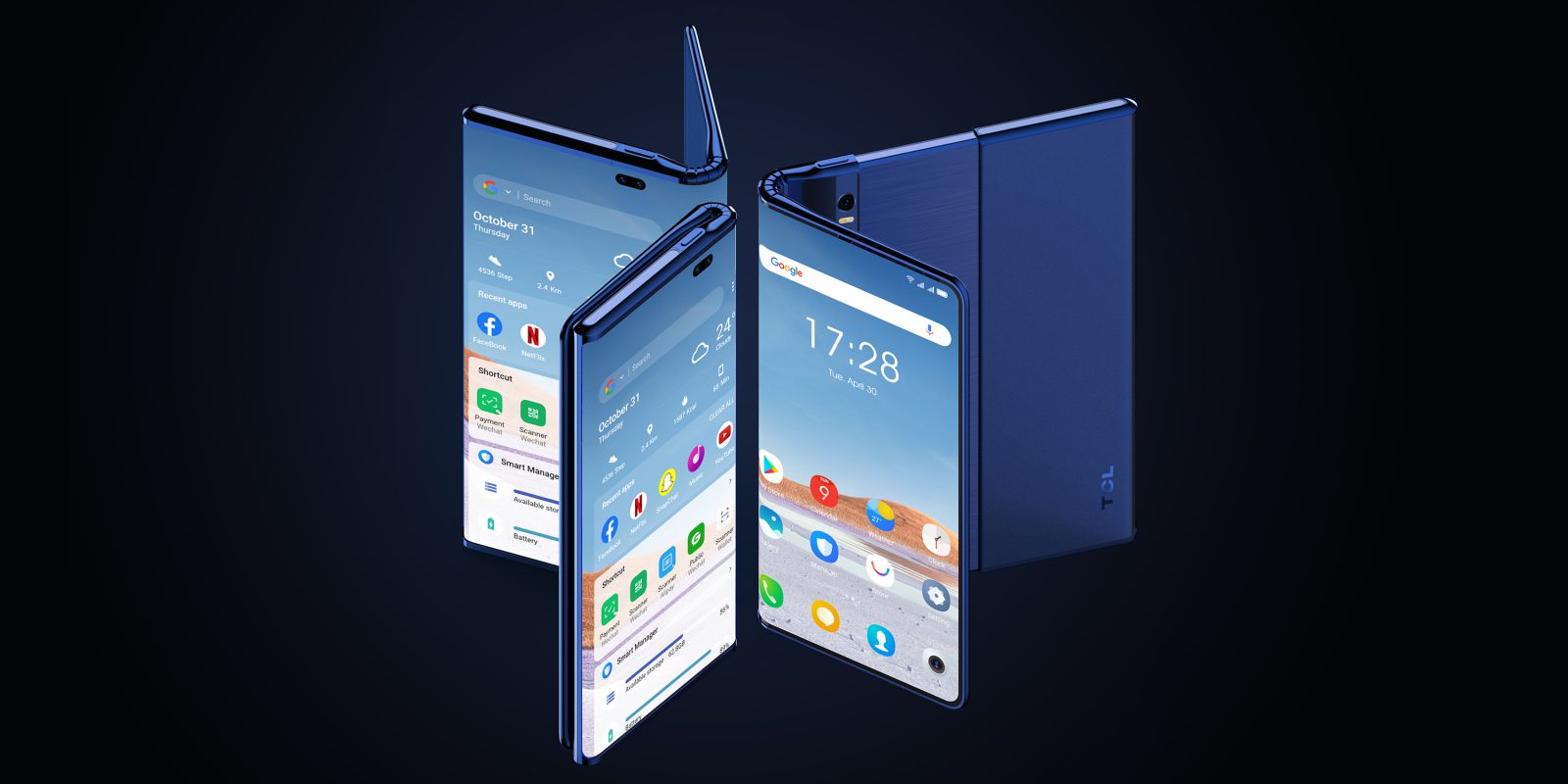 As foldable smartphones continue to evolve and improve, concepts are getting more outlandish. TCL is now showing off a new concept that combines foldables and rollables in one. The TCL “Fold ‘n Roll” combines three display sizes in one.

Alongside its TCL 20 series, which ships this year, the TCL Fold ‘n Roll is only a concept with not even a release date in the books. That’s probably a good thing for TCL, seeing as the company has yet to ship any of its foldable concepts to date, only showing off prototypes.

With the Fold ‘n Roll, TCL would be offering users a smartphone-sized front-facing display at a whopping 6.87 inches, which has a foldable portion that comes from around the back and expands the canvas to 8.85 inches. Finally, a rolling portion of the display extends the final canvas to 10 inches.

This is an ambitious idea, and one that seems like it could be useful, but it’s also complete overkill and seems almost impossible to build given how difficult it’s been for even Samsung to put out compromise-free foldables. The ideas at play here, though, could play a part in TCL finally, actually releasing one of these concepts. Apparently, that could happen sometime this year.