Folding smartphones have been teased from several companies, and we’ve seen a few different takes on the form factor already. This past week, however, news regarding how both LG and TCL intend to handle folding phones, and they have wildly different takes.

As for LG, The Korea Times (via The Verge) reports that the company is taking a backseat for launching its own folding smartphone. The company has apparently “reviewed releasing [a] foldable smartphone when launching 5G,” but says that it is “too early.” Essentially, the company wants to wait and see how consumers actually react to the folding smartphone concept as an actual product. If there’s strong demand, it seems likely LG will jump in.

Given the fact that LG is about to release a TV that rolls in on itself, it’s reasonable to say that the company’s displays are more than up to the task of running on folding smartphones. It seems entirely possible based on the quotes here that LG already has some product in development.

In further folding phone news, CNET has revealed that TCL is working on five different designs for folding smartphones. Images and patent filings show off these new designs which include different vertical and horizontal folds. It’s unclear how many of these designs the company actually plans to produce, but personally, I’m loving the concept that turns the phone into a slap-bracelet-style smartwatch. It seems just practical enough to make that form factor work. Regardless, it’s stressed that these concepts are early, and it’s unlikely we’ll see any of them any time soon. 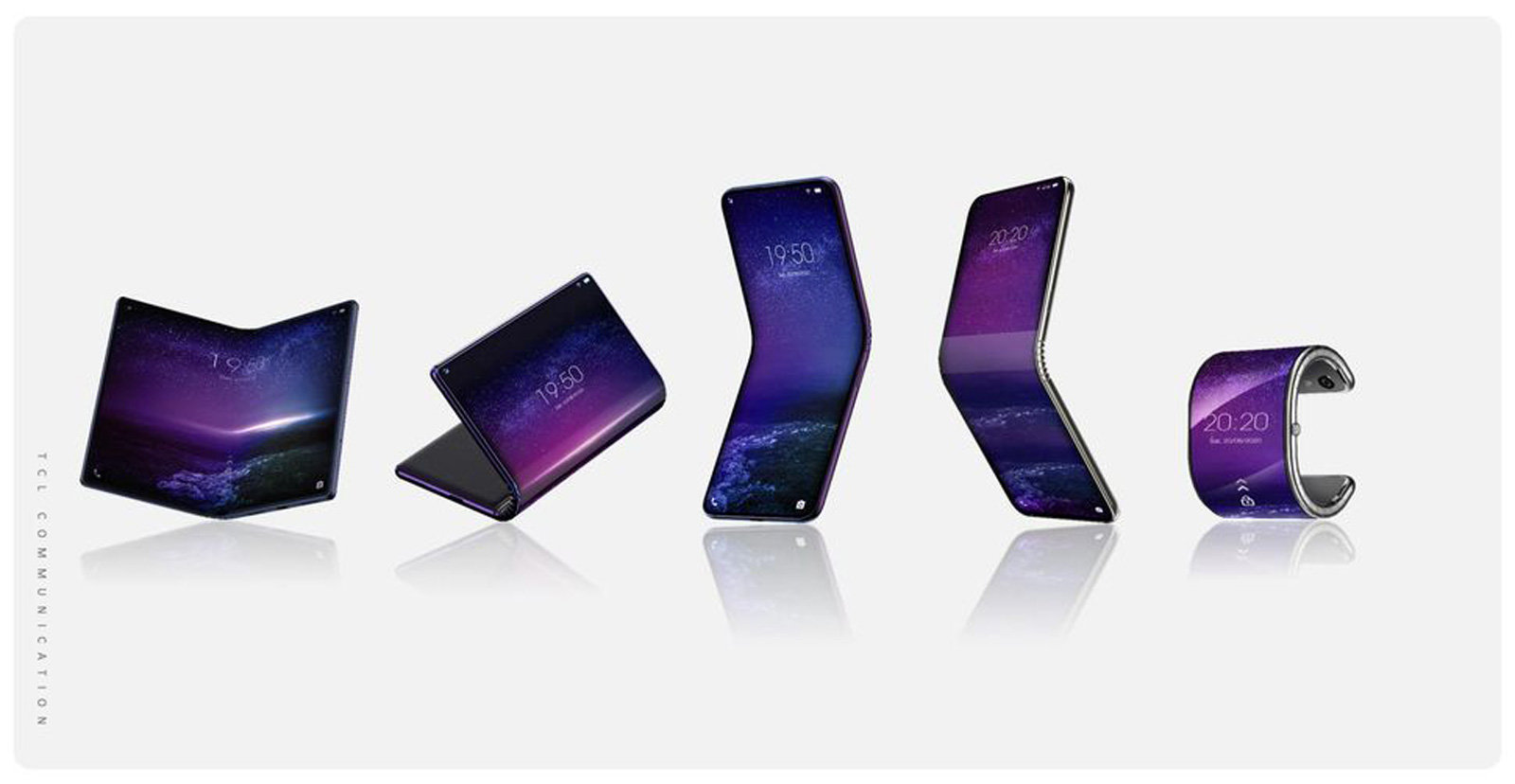 Concepts for folding phones from TCL