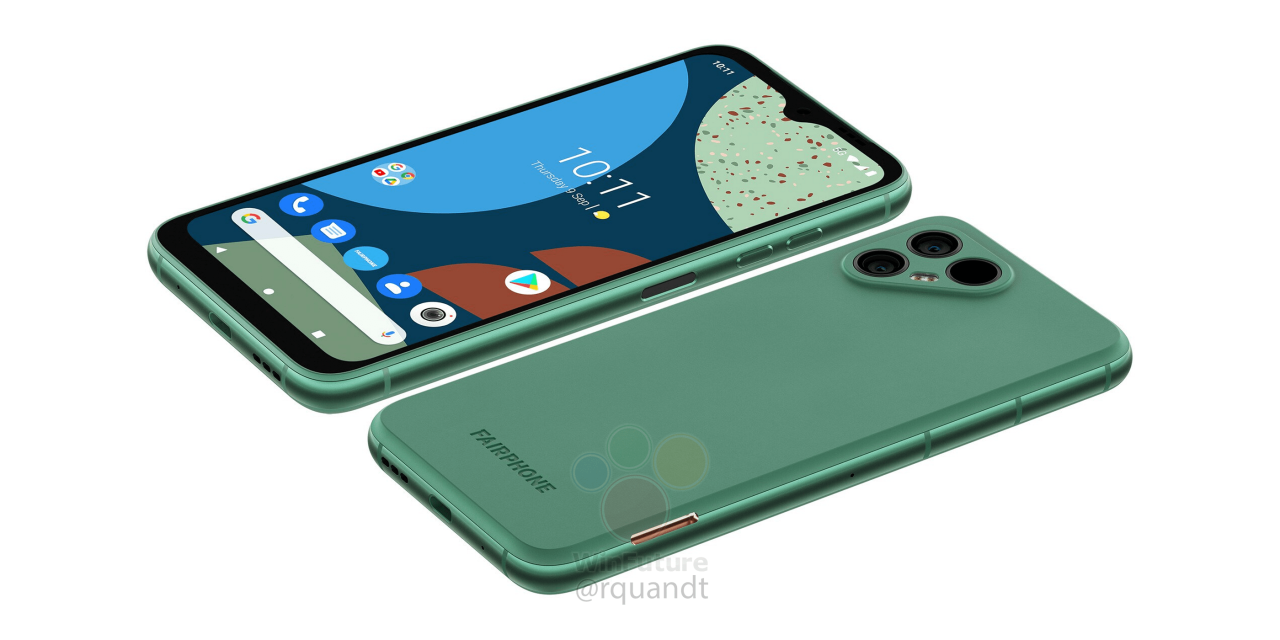 Modern smartphones are slick and refined pieces of technology, but all too often that comes at the expense of repairability. The Fairphone 4 is around the corner with the goal of fixing that with a shockingly slim and modern-looking design.

Leaked images of the Fairphone 4 were published by WinFuture recently, showing off the same device that was first pictured earlier this month. These latest images give us a slightly better picture of what to expect from the design that truly looks to be a huge leap forward from its discontinued predecessor. To achieve a sustainable, repairable device last time around, Fairphone ended up settling on a design that was well behind the times in terms of its physical appearance, but the Fairphone 4 is much more in line with today’s standards.

The back of the Fairphone 4 shows three cameras in a triangular housing, complete with a back that’s apparently still removable so you can easily swap out the battery. Apparently, at least one of those cameras will be a 48MP sensor. The side of the device is also now using a metal frame that has an integrated fingerprint sensor along the side. There are antenna lines along that frame, too, which allow the 5G support the Fairphone 4 is expected to carry.

Perhaps the most impressive area of improvement is with the display, which is now using a “teardrop” notch design. While the bezels, especially at the bottom, at bigger than your average device in 2021, it’s certainly a major upgrade compared to its predecessor. The display is expected to be a 6.3-inch panel.

Fairphone 4 is set to be officially announced on September 30 and is expected to cost under 600 euros. That’s with Android 11, a Snapdragon 750G, and up to 256GB of internal storage on board, too.