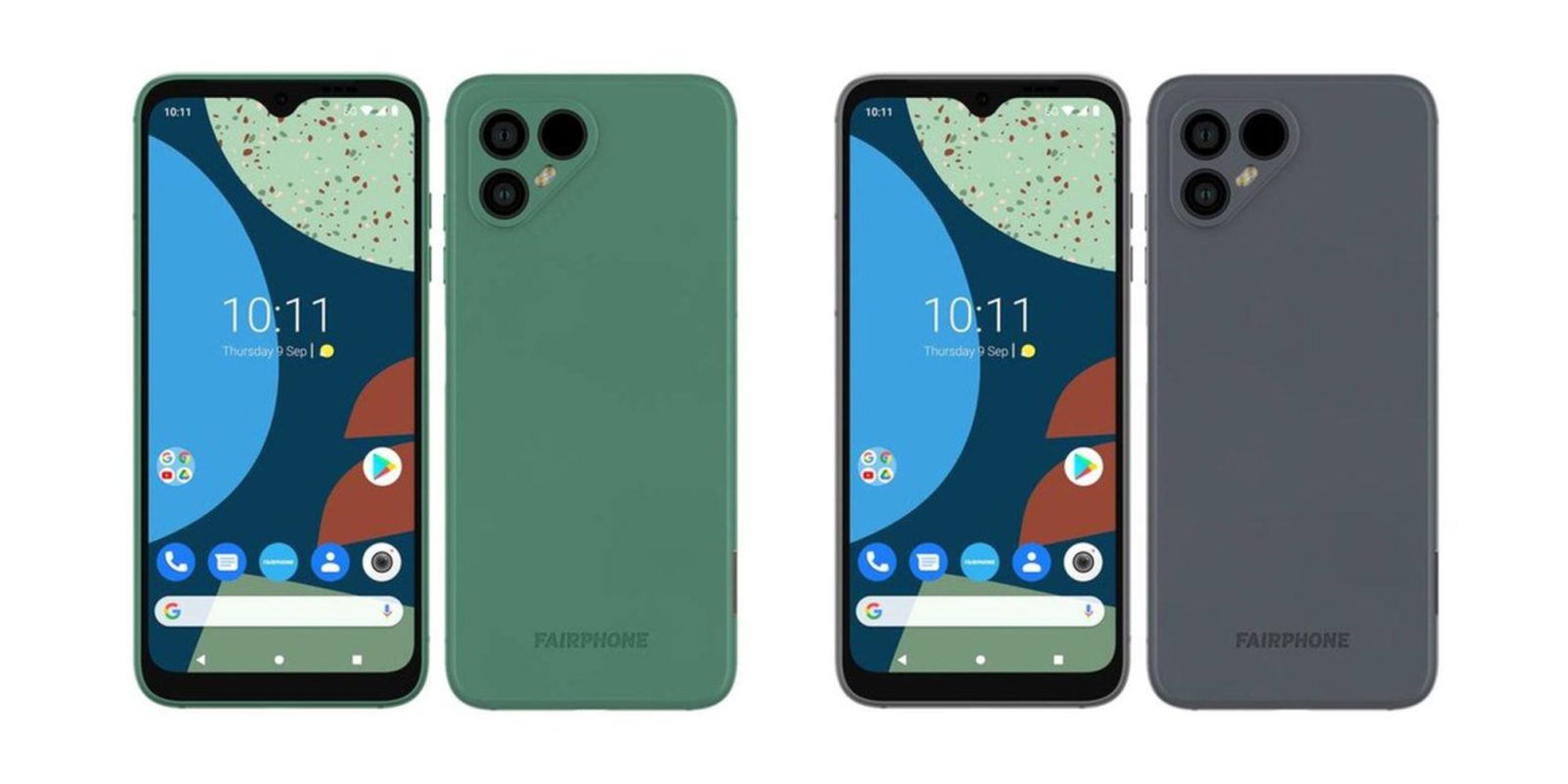 Sustainable smartphones are few and far between, but after discontinuing the Fairphone 3, a new leak is giving us a glimpse at the follow-up Fairphone 4 in renders with some of the proposed specifications.

Making a smartphone sustainable is bound to be tough, especially when the pricing has to reflect that. This leads to lower-quality materials, but the renders shared first on Twitter by L4yzRw were spotted on a price comparison site toppreise.ch as published by WinFuture.de hint at some major upgrades to the Fairphone 4.

While it’s hard to fully discern, the Fairphone 4 renders show the device in two new colors: gray and green. It looks as though the device has adopted a unibody design, but it’s not entirely clear given the images only give us a glimpse at the front and back of the device.

Some of the specifications were also unearthed with the Fairphone 4 renders. No information is known on the chipset but this 5G-enabled device will have 128 and 256GB storage options along with 6GB of RAM. The display will measure in at 6.3 inches and includes a teardrop notch and fairly sizable chin at the bottom of the panel.

At the rear, there looks to be a double camera setup that will contain at least a 48-megapixel main sensor per this leak. The Fairphone 4 renders do show what at first looks like a triple camera array but with one cutout likely containing an LED flash. The secondary sensor is not yet known.