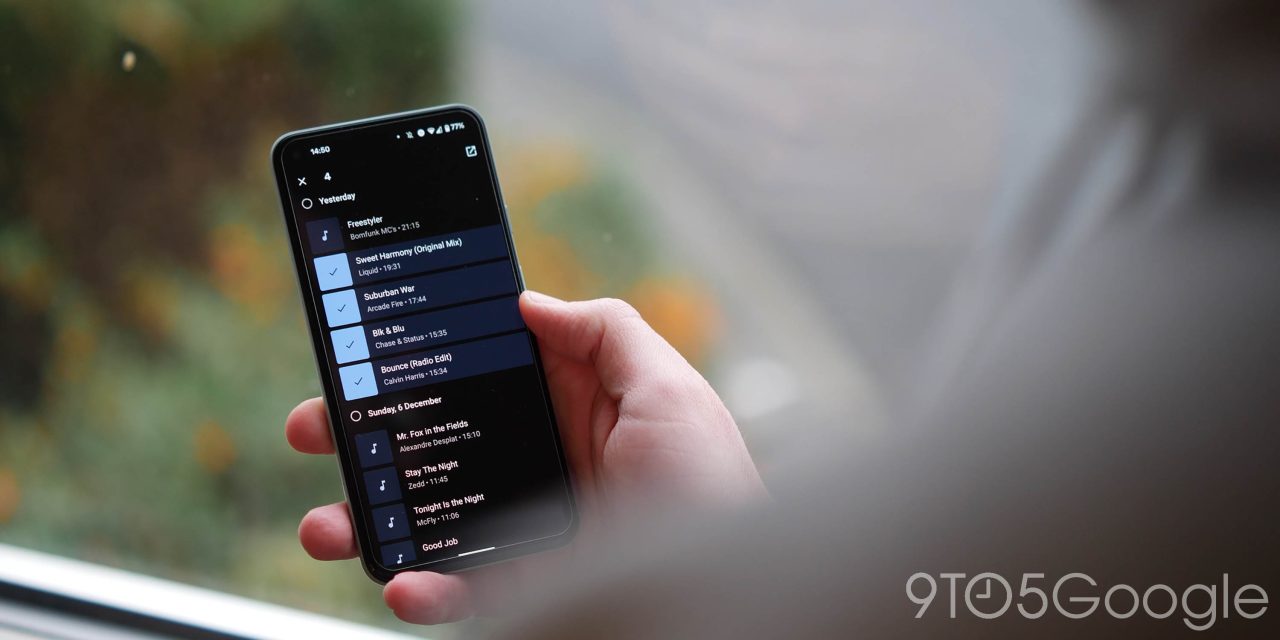 The Pixel’s Now Playing feature is powered by Android System Intelligence (previously called Device Personal Services). An update for Pixel phones running Android 12 will introduce an interface redesign for Now Playing, as well as the ability to send unrecognized songs to the cloud.

Now Playing works entirely on-device to recognize music that’s playing around you. It operates ambiently in the background and displays results at the bottom of your lockscreen/AOD, as well as a silent notification.

Version S.6 of Android System Intelligence on the Pixel 5 points to an upcoming Now Playing redesign that adds a three-tab interface. A “History” view will be joined by “Favorites” and “Summary” in the bottom bar.

We’re not certain what the latter tab does, but the upcoming ability to favorite is useful for bookmarking and a more elegant solution than scrolling through the reverse-chronological timeline or search.

Meanwhile, this UI redesign also introduces “Now Playing search.” If the song you’re looking for is not in the local database, you’ll be presented with a search icon that can be added to the lockscreen. Tapping will send Google a “short, digital audio fingerprint to identify what’s playing.”

The company touts the use of “privacy-preserving analytics,” with this capability entirely optional and only kicking in when manually activated. Now Playing search will work in conjunction with and require the latest Google app, which already offers more advanced hum-to-search.

The latest ASI version is not yet widely available today, but it will presumably coincide with the public launch of Android 12. Now Playing has not seen a major update in quite some time.