Google Maps gets eco-friendly routing in the US, bike-optimized ‘Lite Navigation’ coming soon 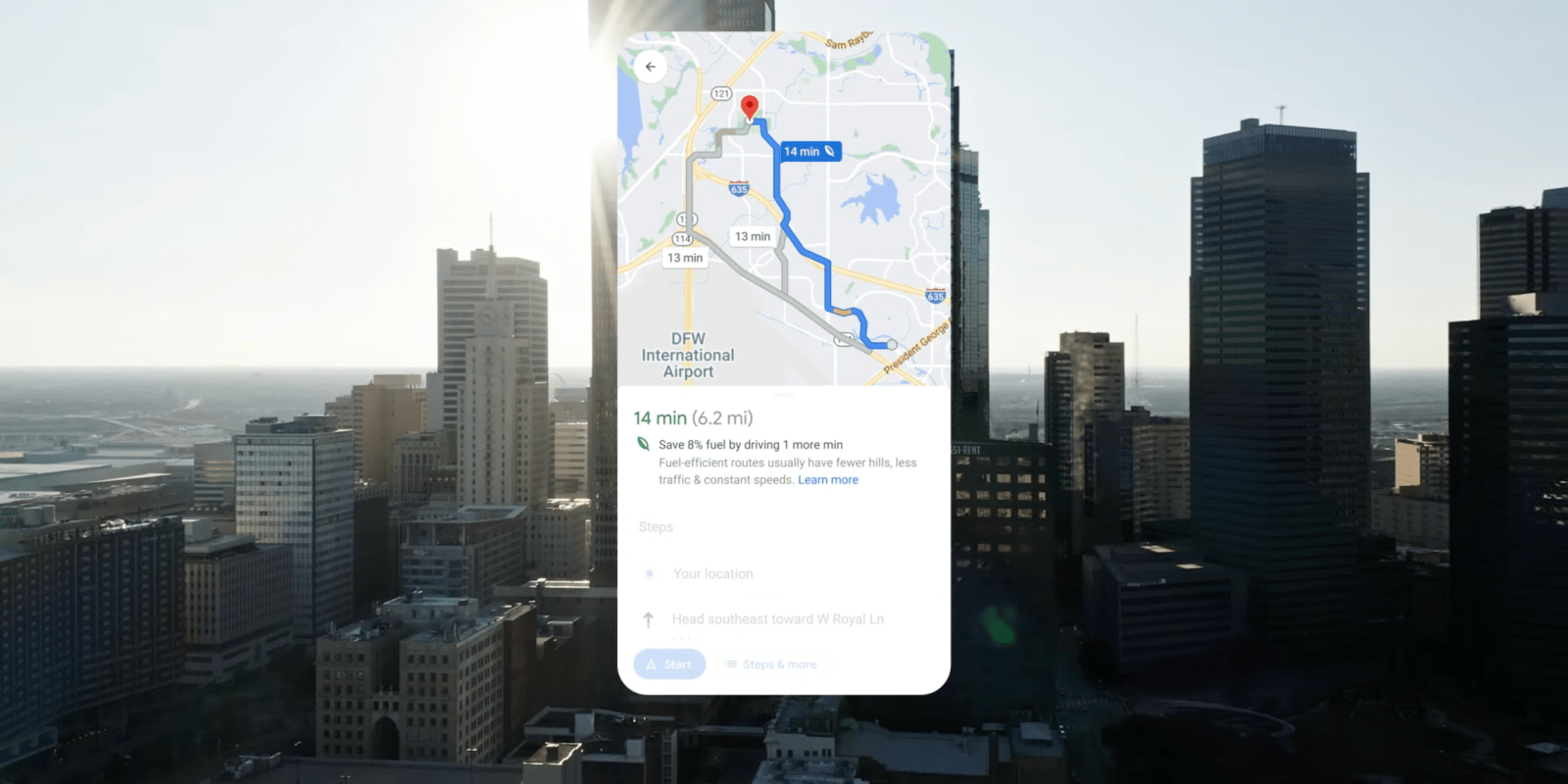 As part of Sustainable with Google 2021, the company today announced a slew of features across its products that let you make “more sustainable choices.” In Google Maps, this involves launching eco-friendly routing in the US and encouraging bike use with “Lite Navigation.”

Google first previewed eco-friendly routing in March, and it’s available stateside today with Europe following in 2022. Google Maps for Android and iOS will offer the most fuel-efficient route “even if it doesn’t happen to also be the fastest.” It highlights relative (percentage of) fuel savings and the estimated time of arrival (ETA) difference between the two routes.

You’ll continue to see alternate ways to get where you’re heading, with Maps adding a setting that lets you always use the fastest route. Otherwise, Google will “default to the most fuel-efficient route with the lowest carbon emissions when it has roughly the same ETA as the fastest route.”

This new routing model optimizes for lower fuel consumption, which Google notes also has the upside of saving you money on gas. The routing is based on “AI and insights” from the U.S. Department of Energy’s National Renewable Energy Laboratory (NREL).

We estimate that eco-friendly routing has the potential to prevent over one million tons of carbon emissions per year — that’s the equivalent of removing over 200,000 cars from the road.

We’ve heard from a lot of bikers that they don’t want to enter turn-by-turn navigation when they’re cycling since their phone is usually tucked away for most of their ride.

Upon starting, you see a map view that notes your position and where to turn with arrows, while a bottom sheet shows live ETA and distance remaining, as well elevation. You also get a persistent “Lite navigation on” system notification for the duration of your trip. This will launch in the “coming months” wherever cycling navigation is available in Google Maps for Android and iOS.

Google also says that bike and scooter share options are now live in over 300 cities, including Berlin, New York, São Paulo and Taipei.