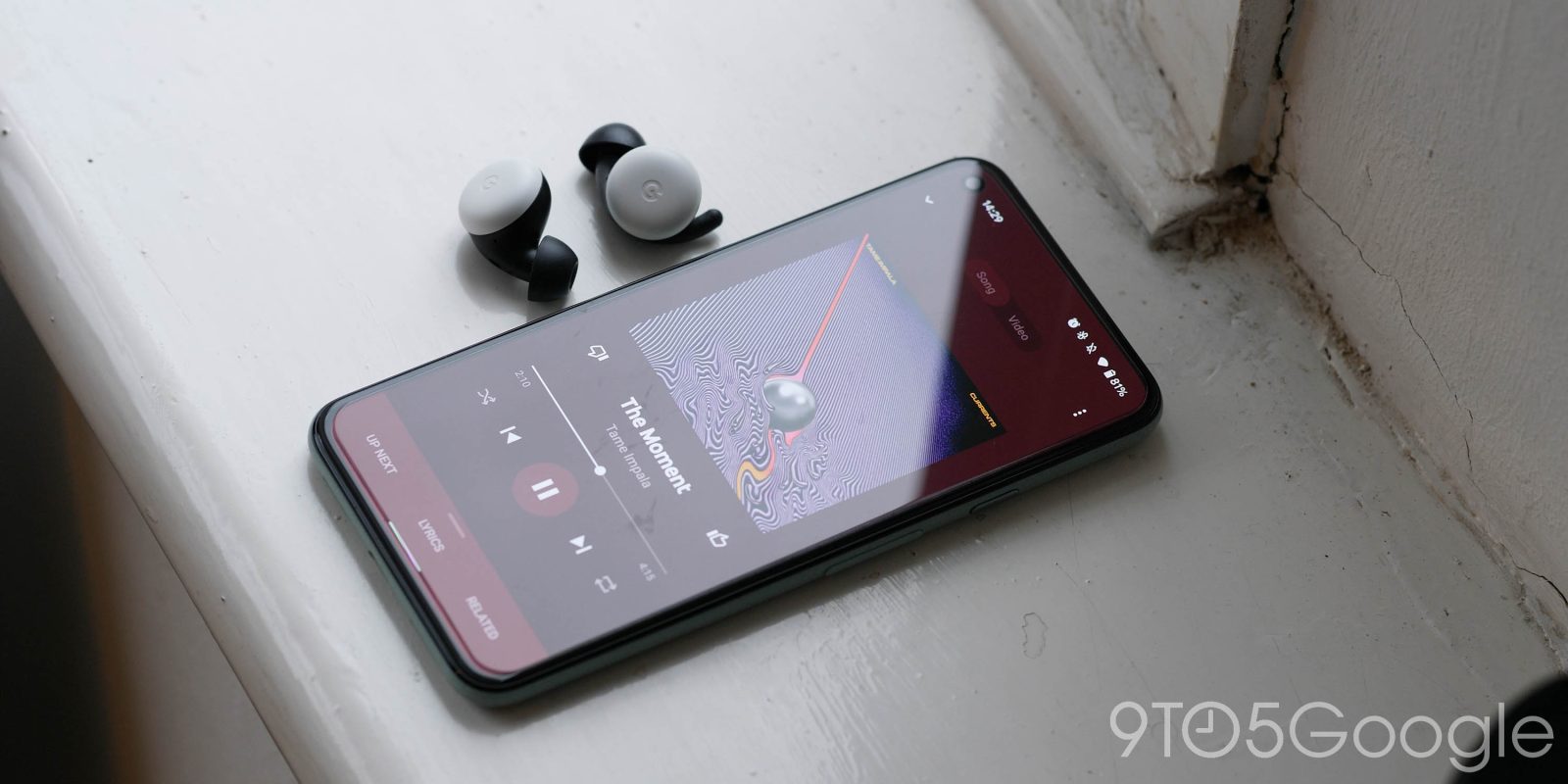 In addition to Turntable at the start of this month, YouTube Music on Android 12 is set to get another Material You widget called “Now Playing & Recently played.”

“Now Playing & Recently played” consists of two lines. The first is a modernized Now Playing with cover art, track name, and artist at the left followed by two buttons. There’s the ability to play/pause and thumbs up, just like Turntable.

The next line shows you five “Recently played” tracks with a tap presumably launching. A similar homescreen object is available in YouTube Music for iOS. This entire widget follows Dynamic Color theming with the “like” button adopting the darkest hue.

While the ability to quickly start playback is convenient, the lack of media controls is unfortunate. That said, it does not appear the original “Now Playing” — which just sees rounded corners — is leaving. It’s referred to internally as “widget_toolbar” and the new one is “widget_now_playing,” while Turnable is called “widget_freeform.”

From what we enabled today, the widget cannot shrink down to one line, which was suggested by a Pixel 6 promo teaser. It can be expanded beyond 4×2, but additional content is not shown.

Following last week’s brief preview, a launch is likely coming soon and should round up Material You widget development for YouTube Music.