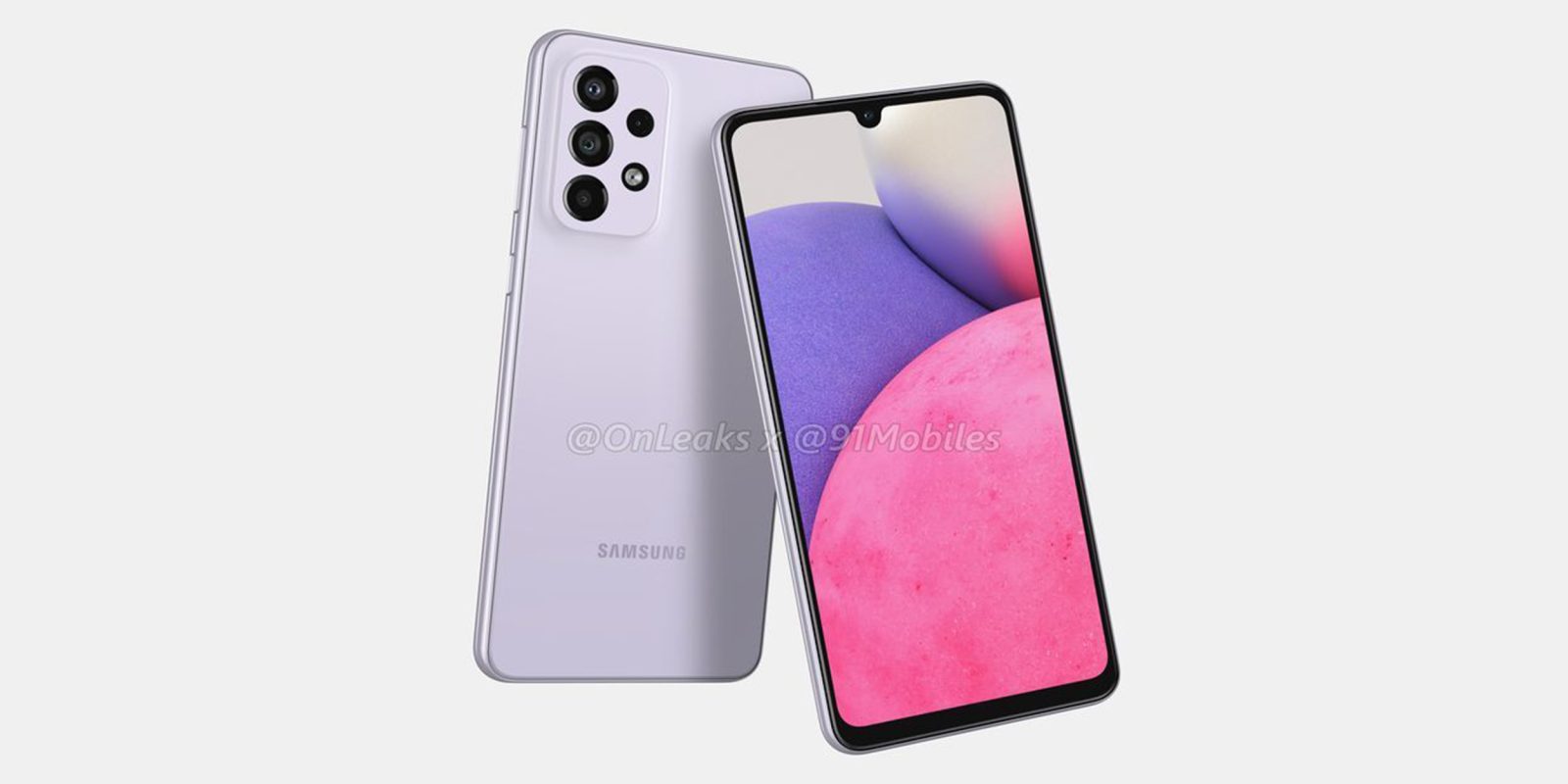 Samsung’s efforts in the budget space don’t really garner enough respect as the A-series has developed and progressed. Thanks to new renders, we’re getting a glimpse of another upcoming affordable Android – this time the Galaxy A33.

Renders of the upcoming Galaxy A33 come courtesy of OnLeaks and 91Mobiles. The design bears a striking resemblance to the Galaxy A32 5G, which should come as no surprise. However, there is one key omission from this yearly refresh. None of the 3D renders appear to include a 3.5mm headphone jack.

A stalwart of affordable Android phones, the removal of the headphone jack could be a turning point as Samsung may ditch the port on other upcoming Galaxy A-series devices. While that remains unclear, the renders showcase what else we’ll see on the Galaxy A33 5G.

There’s a 6.4-inch flat display with a U-shaped notch. OnLeaks speculates that this will be FHD+ Super AMOLED but no refresh rate information was shared. At the rear, there is a quad-camera setup that includes an LED flash. No details were shared on the camera setup but one would expect at least parity with the Galaxy A32 5G.

As we have mentioned, there is no 3.5mm headphone jack at the bottom or top of the chassis. Instead, there is just a speaker grille and USB-C port. We do know the colors on offer here though, these include orange, light blue, black, and white — which is confusing as the lilac render of the Galaxy A33 seen here isn’t confirmed.

This report also suggests that the Galaxy A33 will come with 5G support and ditch a 4G-only model. As for a proposed release date, a tentative “January 2022” was shared.