Google Messages starts rolling out iMessage reactions, but emoji translations are not quite 1:1 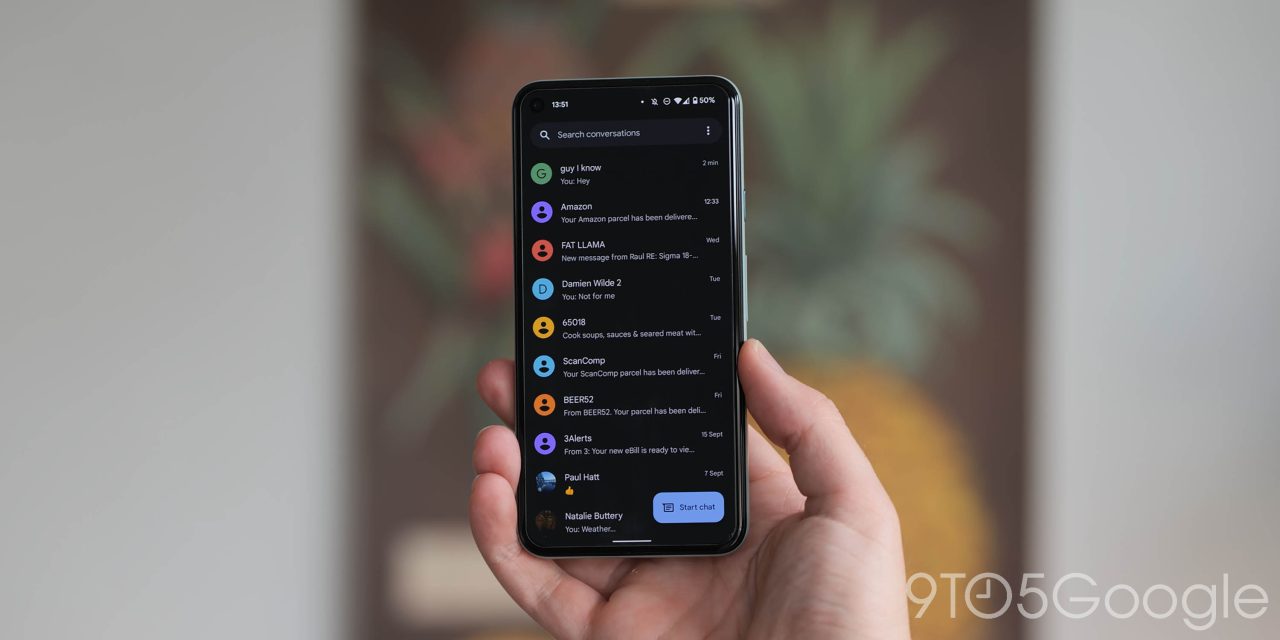 As we spotted in November and following the latest push for RCS support on iPhone earlier this month, Google Messages is starting to roll out iMessage reactions in beta for Android users.

Once rolled out to your Android phone, Google Messages will convert iMessage reactions (officially referred to as “Tapbacks“) sent by iPhone users in response to SMS/MMS. Instead of them appearing as an annoying text version (e.g., Loved “Testing”), the response on your device will appear in the bottom-right corner of the message bubble you sent, similar to the iOS-to-iOS experience.

That said, Google made some interesting choices in the translation process. The iMessage “Heart” becomes the “Smiling Face with Heart-Eyes” emoji. Similarly, “Haha” is “Face with Tears of Joy.” The “exclamation marks” become “Face with Open Mouth” and the question mark is “Thinking Face.” Thumbs up/down remains faithful to their iMessage counterparts.

Google’s decision to use face emojis rather than symbols might send a different meaning. The faces come off as more playful and exaggerated rather than the straightforward nature of Tapbacks. Some standardization between Google and Apple would not hurt here.

As pointed out in the comments, Google’s choices for “iPhone reactions” do map to RCS reactions, but it’s far from 1:1 with six versus seven choices. Regardless, extra care should be taken in communication to capture the original intent of the source message, which should be Tapbacks in this case.

This conversion is enabled by default, but you can manually turn “Show iPhone reactions as emoji” off from the Messages overflow menu > Settings > Advanced. When you tap a reaction, Google explains how it was “Translated from iPhone” with a larger view of the emoji and sender name, which is useful for group conversations.

iMessage reactions are starting to appear for beta users of Google Messages, but it’s not yet widely rolled out. We only have it live on one device (Pixel 6 Pro) as of today.

More on iMessage and Android: