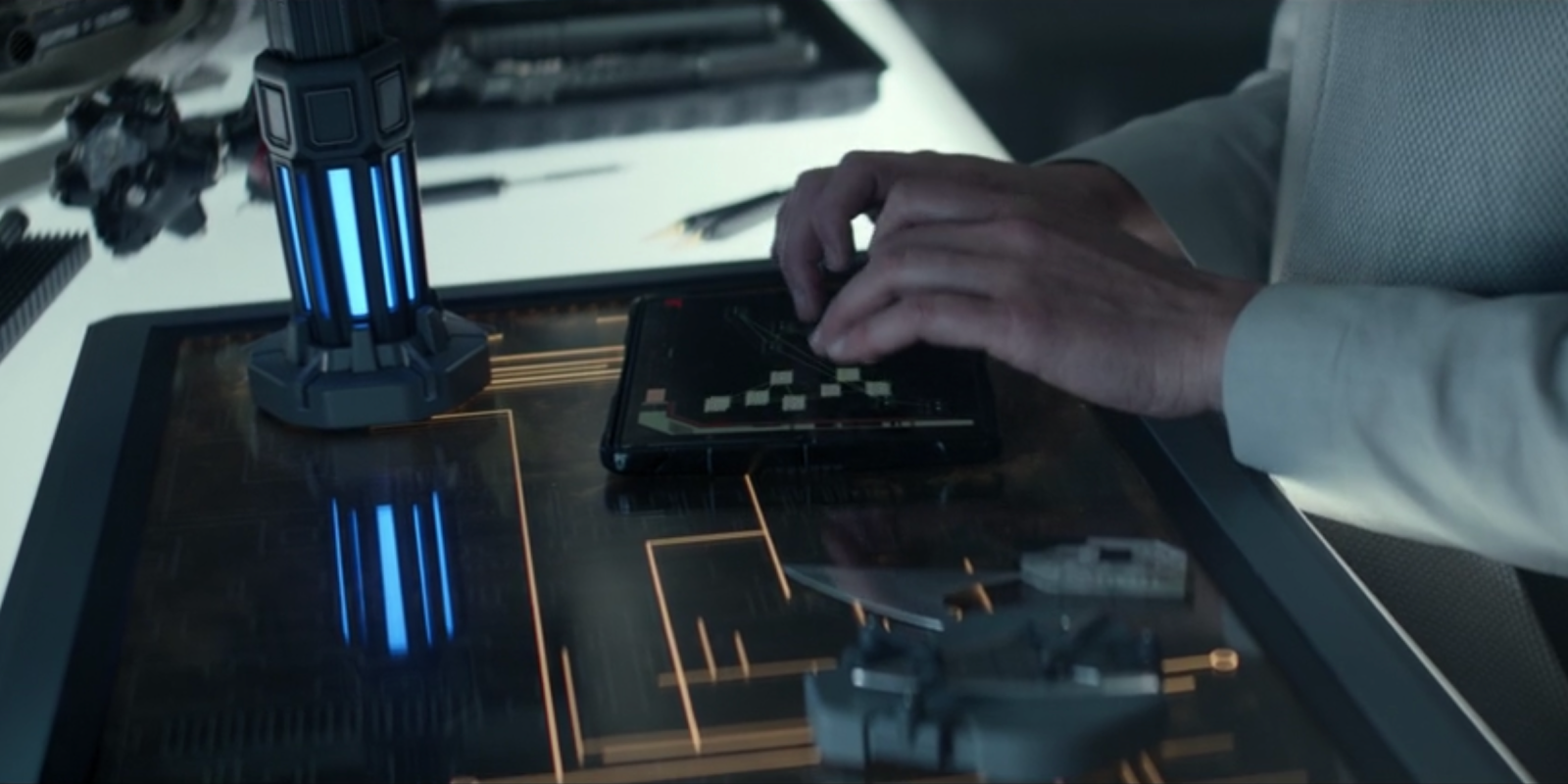 Star Trek serves as the inspiration for various technologies that are only now coming into existence. For example, Google Now was codenamed “Majel” after Majel Barrett, the voice of computers throughout the franchise. The opposite is now happening as Star Trek: Picard sure looks like it’s using Samsung’s Galaxy Z Fold as a prop.

In episode two of the second season, Dr. Agnes Jurati is seen tapping away at what’s presumably a Personal Access Display Device (PADD) as she works to restore communications between the main characters of the series. With a disassembled Combadge next to it, we see our first sign that this is a Galaxy Z Fold. There’s a thick case on the perimeter, but there’s a clear break at exactly halfway down the side that lines up with the Fold’s crease and protection caps.

In a later shot — as Dr. Jurati works to “boost everyone’s signal and then just open a transporter window,” we get a zoomed out shot where the Z Fold’s crease is clearly visible in the middle of the screen. Filming of Star Trek: Picard season two started in early 2021 so the Galaxy Z Fold 2 is presumably in use as the first generation’s corner front-facing camera cutout is not visible.

The use of a Z Fold is quite amusing, though it’s somewhat odd that a floating holographic screen isn’t being used instead in 2401.

Looking ahead in the series, which — per the trailer — takes place in Star Trek’s version of 2024, it will be interesting to see what real-world technology is used given the relatively short two-year gap with reality. That said, the 21st century of the Star Trek universe played out differently.