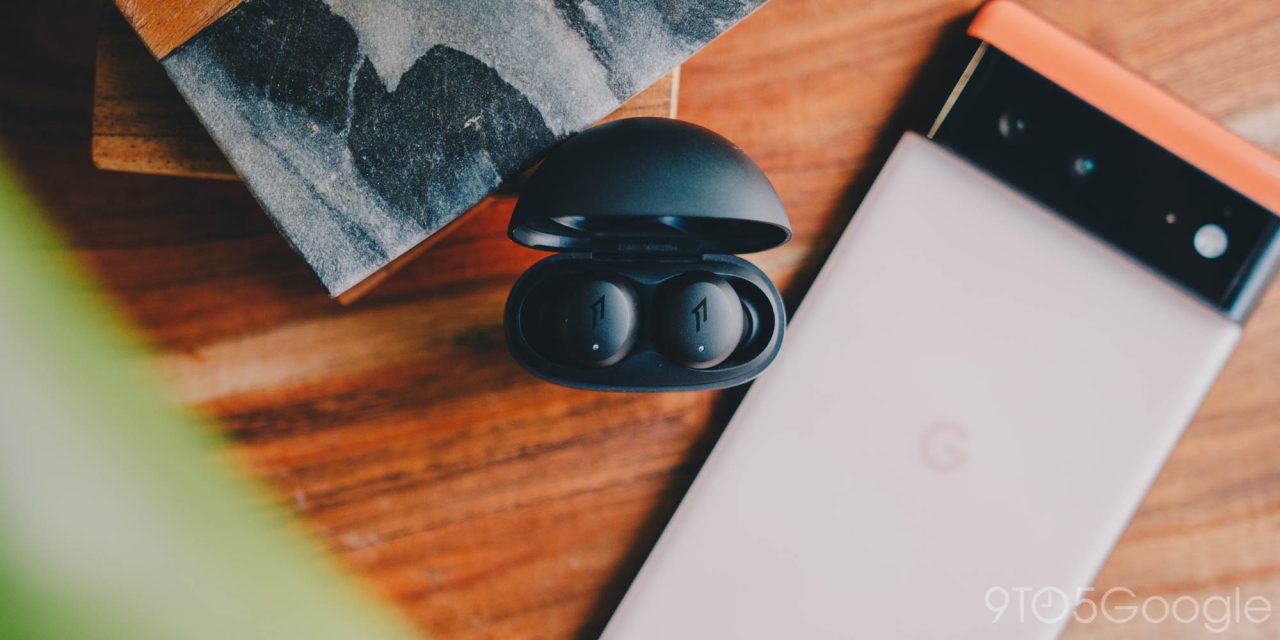 1More has been making earbuds for a while now, and while the company hasn’t always been in the spotlight, it should. The 1More ComfoBuds Mini, which launch today, are the tiniest and most comfortable earbuds I’ve tried in a while, and though they are small, that has nothing to do with the sound quality.

The first thing I noticed when I pulled these out of the box was the size, because how could you miss it? In total, the 1More ComfoBuds Mini weigh in at about 3.7 grams, which is exceptionally small. In comparison, I thought the ColorBuds 2 from 1More were tiny, and you couldn’t go much smaller without the earbuds falling out. I was wrong. The ComfoBuds Mini are about 75% of the size and fit just perfectly.

These earbuds are so light that they sort of disappear after a while of listening. They have basically no weight to them at all, which keeps them snug in place without extra silicone fittings. That being said, they remain comfortable after a good while of listening.

Tiny buds in a tiny case

The advantage to such a small earbud is that the case can be smaller as well. That paired with some good engineering leaves you with the ComfoBuds case. The case takes an oval shape that has a thickness of about one inch or less. That may sound like a lot, but I don’t know of many other cases that come in that thin. Interestingly enough, the back of the case is sort of concave, which sits very nicely against your thigh when these are nested in your front pocket. In fact, the case bears a lot of resemblances to the Pixel Buds case.

When throwing the ComfoBuds into the case, getting the orientation right takes some getting used to. The ComfoBuds are so small that there aren’t many defining features for positioning them correctly in the case. There’s no stem to help you align them properly, which is nowhere near a bad thing, in my book.

As far as the charging situation goes, you have two options: USB Type-C or Qi wireless charging. Either works perfectly fine, but you’ll have a quicker advantage with USB Type-C since the case is equipped with fast charging. An extra 10 minutes of charge time via USB Type-C gets you about 80 extra minutes of listening time, with doesn’t hurt at all. In fact, at one point when running out of juice, I dropped the ComfoBuds into their case and within what felt like 15 minutes or less, they were at 100% again.

I’ll add that the battery life on these earbuds is perfectly acceptable. They last about five to six hours per charge and around 20 hours with the case. That’s more than enough for me, and I end up sticking them back in the case after about 30 minutes of listening time, so they never actually die. After having them for about a month, I think I’ve only charged the case twice.

Personally, I’m a bit of a hard sell when it comes to audio quality. Most of what the market has to offer doesn’t impress me or isn’t a joy to listen to. As for the 1More ComfoBuds Mini, I feel they hit the mark quite well. Not to say these are top tier in terms of sound quality, but for as small as they are, they shouldn’t sound as good as they do.

Without adjusting the sound graph, the 7mm drivers produce some good audio. Of course, you can adjust the sound with the 1More app by taking a quick SoundID quiz. In all honesty, I preferred the stock sound these tiny drivers produced compared to my SoundID result.

The bass is punchy where it should be and doesn’t overwhelm the mids or highs like a lot of other earbuds are guilty of. The mids are a bit muddy at times but do a good job of reproducing. As far as the highs go, they are crisp and detailed. In fact, a lot of detail makes its way through. That has a lot to do with the AAC codec 1More uses in these earbuds.

I did find that the sound profile was slightly changed depending on which mode the ComfoBuds were set to, between ANC, transparent, and idle. That’s to be expected a bit, so it was’t a huge deal.

There is one blatant problem with a lot of headphones. Touch controls. While touch controls are great and all from a technological perspective, the way they’re implemented has a huge impact on experience. Most earbuds tend to use a “tap to pause” approach, which pauses the music every time you want to adjust your fit. The Sony LinkBuds do a good job of avoiding this issue by implementing touch controls on your own skin. While the 1More ComfoBuds Mini don’t go that far, they do take a better approach.

The ComfoBuds Mini use a “double-tap to pause” function which prevents you from interfering with sound when adjusting your fit. It takes some getting used to, but it does work better and doesn’t affect your overall experience. The ComfoBuds Mini also utilize smart playback, which automatically pauses music when you take the earbuds out. This feature can be disabled/adjusted if you feel so inclined.

As far as listening modes go, the ComofBuds Mini come packed with ANC and transparency mode. While this is standard, what isn’t standard is an adjustable ANC strength depending on your situation. While these earbuds have active noise cancellation, you can also adjust how strong that ANC is. For instance, if you’re sitting in an office with a bunch of clickity-clackity keyboards, adjust your ComfoBuds to mild ANC strength and you’re good. Walking down the street with loud cars coming and going? Set it to strong. What if a tornado comes down that street? The ComfoBuds have a WNR (wind noise resistant) mode that blocks out wind noise specifically.

The best tiny buds around

Overall, the ComfoBuds Mini have been an absolute delight. They’re so tiny that you don’t even notice them in-ear and they aren’t a burden to lug around everywhere. The way the case is made makes it even easier to take these everywhere. You would think the size would impact sound quality heavily, but to be honest, it isn’t that noticeable. The sound quality on the ComfoBuds Mini earbuds is perfectly acceptable, and I’ll happily keep wearing these long after this review. The only downside I could actually find was the lack of Google Fast Pair for Android devices, which is unfortunate.

With all the features packed into these small buds, you’d think the price would be a bit hard to swallow. That isn’t the case, with the 1More ComfoBuds Mini coming in at $99. You can grab them here: