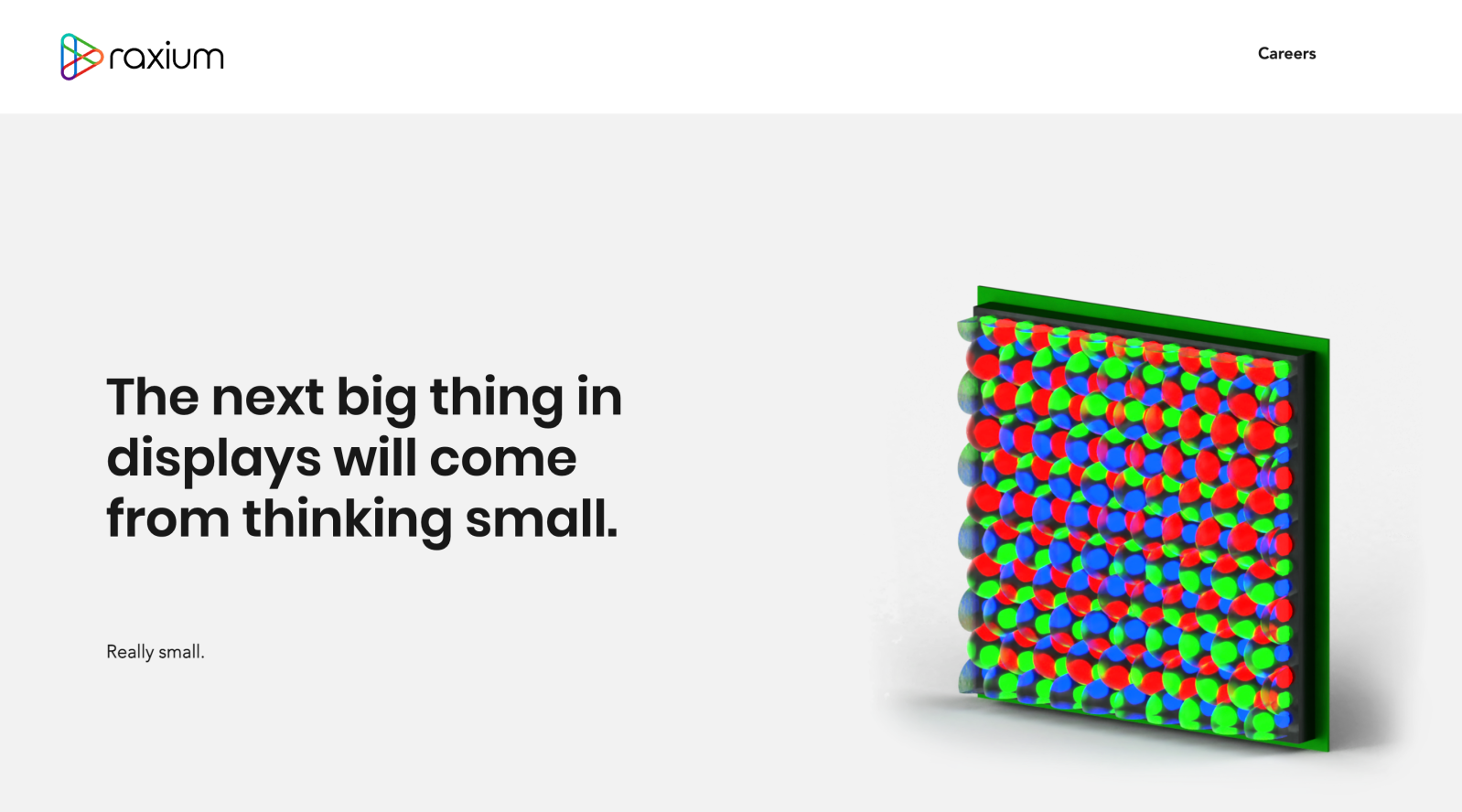 Google is actively developing an operating system for AR hardware, and a deal to acquire microLED startup Raxium continues that work.

According to The Information, “Google has struck a deal to buy Raxium, a five-year-old startup that develops tiny light-emitting diodes for displays used in augmented and mixed reality devices.” It’s unclear how much Google will end up paying, but the startup was said to be valued as much as $1 billion during acquisition talks. The deal is not yet complete and neither company has confirmed yet.

MicroLED is very much an emerging technology that’s currently limited to expensive and large screens, like wall-mounted signage, but LG did announce a 136-inch 4K HDR model at CES that’s expected to arrive this year. It’s inorganic (similar to LCD), but with OLED qualities like brightness and good color fidelity. The most important aspect of this display technology is energy efficiency, which is needed for constrained, face-mounted wearables.

This acquisition is meant to further Google’s work in mixed reality headsets and AR glasses, so it’s unclear whether other first-party hardware, like Pixel phones, will benefit from microLED down the road. A source told The Information that “Google has realized you can’t just own the operating system” and the company will continue to make purchases.

Apple (in 2014), Snap, and Meta have all made microLED acquisitions in the past, with Raxium’s claim to fame being a different, more traditional manufacturing technique that could drive down cost. That said, it hasn’t released a commercial product yet.

Raxium has previously said that it is working on “monolithic integration” of microLEDs—that is, the ability to manufacture them on the same kind of standard, cheap silicon that’s used to produce most microchips. If successful, that method would substantially drive down costs.