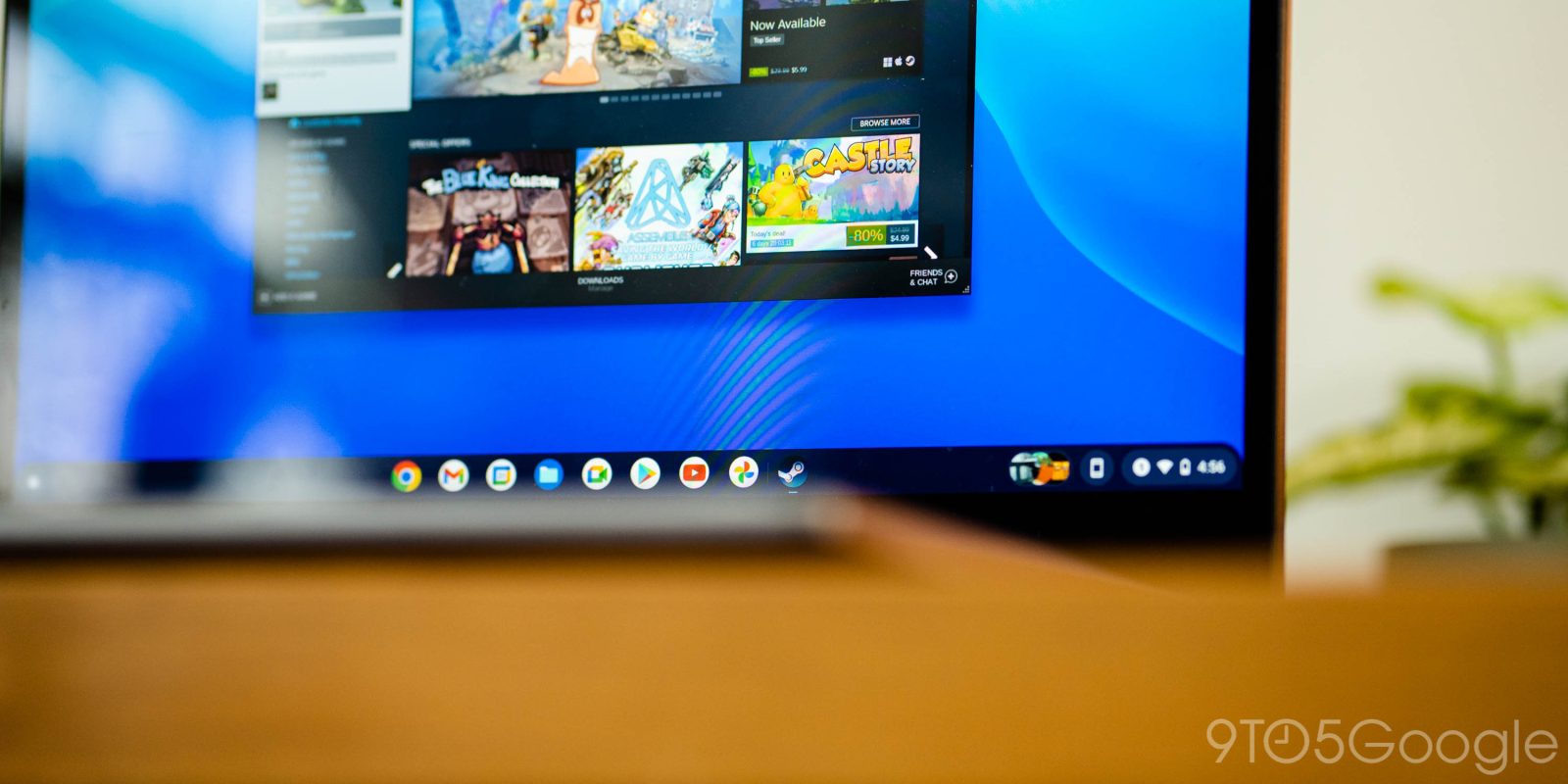 Following a casual announcement last week, Steam for Chrome OS is officially rolling out in Alpha quality. Only a handful of new Chromebooks are supported, and switching to the Dev channel is required.

Google today is launching an “early, alpha-quality version” of Steam on Chrome OS. This is the result of a partnership with Valve and meant to “[expand] the types of experiences available to gamers on Chrome OS.”

Valve’s deep investment in the Linux ecosystem and Steam’s huge catalog of AAA and indie titles made them a natural partner for bringing local gaming to Chromebooks, and we’re looking forward to working with them to bring Steam to our users.

With today’s Alpha launch, only seven Chromebook models are supported and they have to be variants with 11th Gen Intel Core i5 or i7 processors, Iris Xe Graphics, and at least 8GB of RAM, though more (16GB) is needed for a good experience.

They are all quite modern, but note that some come with an unsupported i3 or 4GB of RAM. New models and configurations will be added in the future.

Behind-the-scenes, Chrome OS will run the Linux version of a game if it’s available. You can otherwise enable Steam Play, which leverages the Proton compatibility tool.

Google offers a list of 48 recommended games, but otherwise warns that not all titles “currently work well.” In those cases, it asks users to send feedback (Alt + Shift + i ) via Chrome OS and tag it with #steam. The company is “actively working to support as many titles as possible,” while it’s maintaining a list of known issues. Additionally, game developers can reach out to Google at this address: borealis-game-dev@google.com.

Google wants this user feedback to optimize Steam on Chrome OS for a “more polished experience at launch.” There are no details on when a wide release will occur besides “further down the line.”