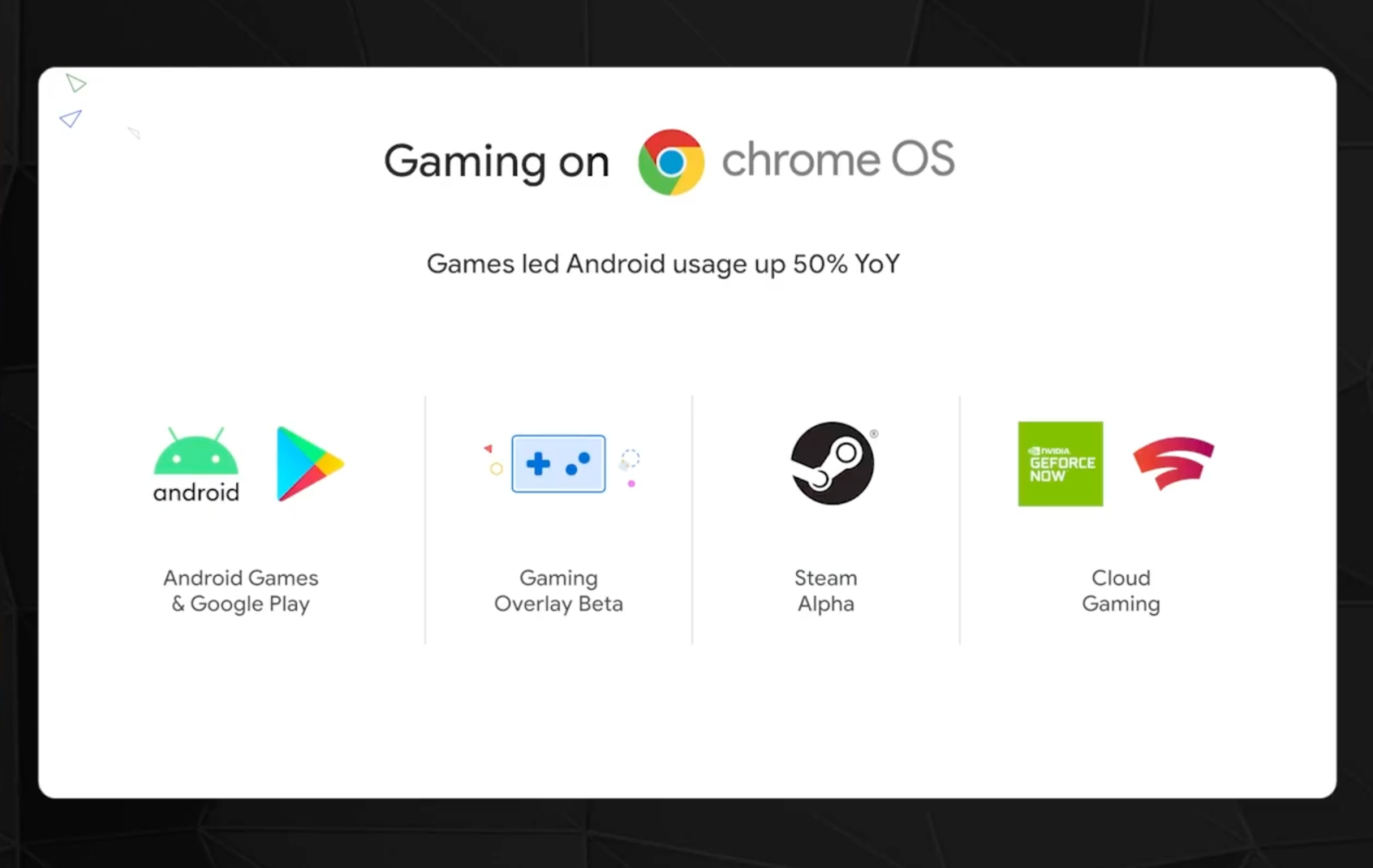 The long-awaited availability of Steam on Chromebooks was just more or less announced (in alpha) at the 2022 Google for Games Developer Summit. That said, Google is light on availability details for the moment.

Google specifically said that the “Steam Alpha just launched, making this longtime PC game store available on select Chromebooks for users to try.” That said, no other details appear to be live this morning, but we did reveal the device list last month. As we noted at the time:

At a minimum, your Chromebook needs to have an (11th gen) Intel Core i5 or i7 processor and a minimum of 7 GB of RAM. This eliminates almost all Chromebooks but those in the upper-mid range and high end.

This effort to let users play Steam games on Chromebook is codenamed Borealis. The plan was revealed by a Googler in January of 2020, but the company has been relatively silent about it since.

Google today said “you can check that out on the Chromebook community forum.” We’ve reached out to the company for more details.

The post in question is now live, but without any actual availability timeline beyond “coming soon.” However, we did learn that the “early, alpha-quality version of Steam” will first come to the Chrome OS Dev channel for a “small set” of devices.

As you may have already heard, our team is working with Valve to bring Steam to Chrome OS. We are very excited to share that we’ll be landing an early, alpha-quality version of Steam on Chrome OS in the Dev channel for a small set of Chromebooks coming soon. Please come back to the forum for more information!

Meanwhile, Google also said Chrome OS is getting a new “games overlay” on “select” Android titles to make them “playable with user-driven keyboard and mouse configurations on Chromebooks without developer changes.” It will launch later this year in a public beta.

This news was announced alongside a recap of Chrome OS gaming. In 2021, Android app usage on the platform grew 50% YoY and this was led by games, including those that have been optimized for Chromebooks.

Other news from the developer summit includes: