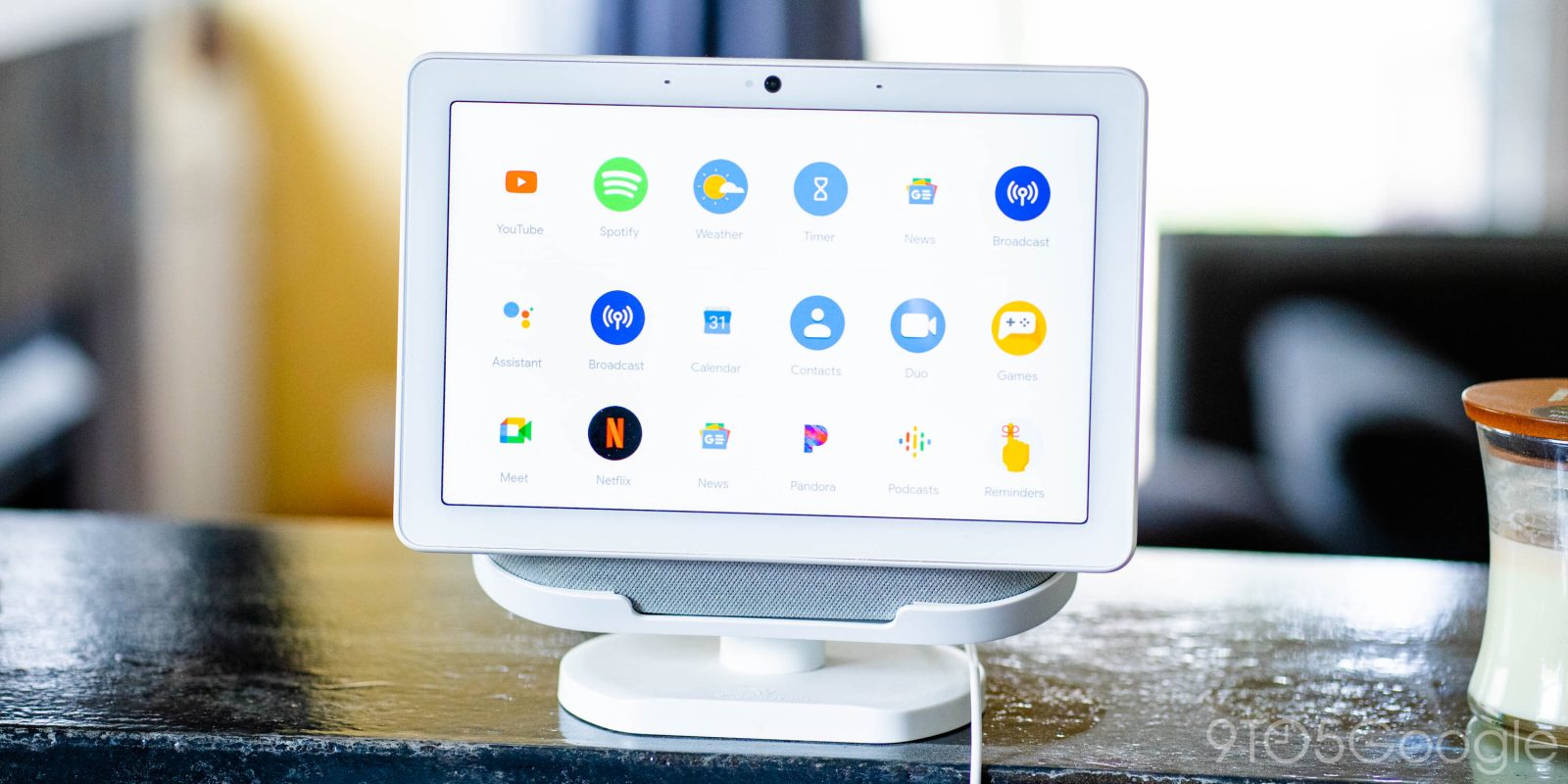 To date, Google has released three Assistant Smart Displays. 9to5Google can now report that the company is working on a new Nest Hub for 2022 with a dockable tablet form factor where the screen detaches from a base/speaker.

Google’s smart display lineup today starts at $99.99 for the Nest Hub (2nd gen) with Soli radar for sleep tracking and air gestures. It was announced a year ago and marketed as an affordable “bedside companion” that works well even if you don’t use the health functionality. There’s also the Nest Hub Max from 2019 at $229 with a bigger 10-inch screen and more powerful audio hardware that Google likes to show in the kitchen and doubles as a video conferencing device.

According to a source that has proven familiar with Google’s plans, the next Nest Smart Display will have a removable screen that can be used as a tablet. It attaches to the base/speaker for a more conventional-looking smart home device.

This new form factor comes as Google has spent the last few months adding more interface elements to the 2nd-gen Nest Hub and Nest Hub Max. Swiping up from the bottom of the screen reveals a row of “apps” above the settings bar. You can open a fullscreen grid of icons from there. Applications and games on the Nest Hub are essentially web views, so this is technically a launcher for shortcuts. Speaking of the web, Google also spent the end of last year adding a more feature-rich browser that even features a Gboard-esque keyboard. You can also send sites directly to your phone and enable text-to-speech.

Both of these additions can be seen as laying the groundwork for a tablet-like experience, with web browsing obviously being a popular task on big screens.

Many questions about the implementation remain unknown, including what OS/experience the undocked tablet will run. Chrome OS is likely too power-hungry (and as such costly) considering the affordability of Nest devices, while Android would open the door to existing apps and the Play Store. Looking at the landscape, Lenovo sells a $270 Android tablet that attaches to a speaker bar/dock running Amazon Alexa. Lenovo also has a $189 tablet complete with a docking station that runs Google Assistant Ambient Mode.

In terms of launch, we’ve heard 2022 attached to this new Nest Hub tablet.