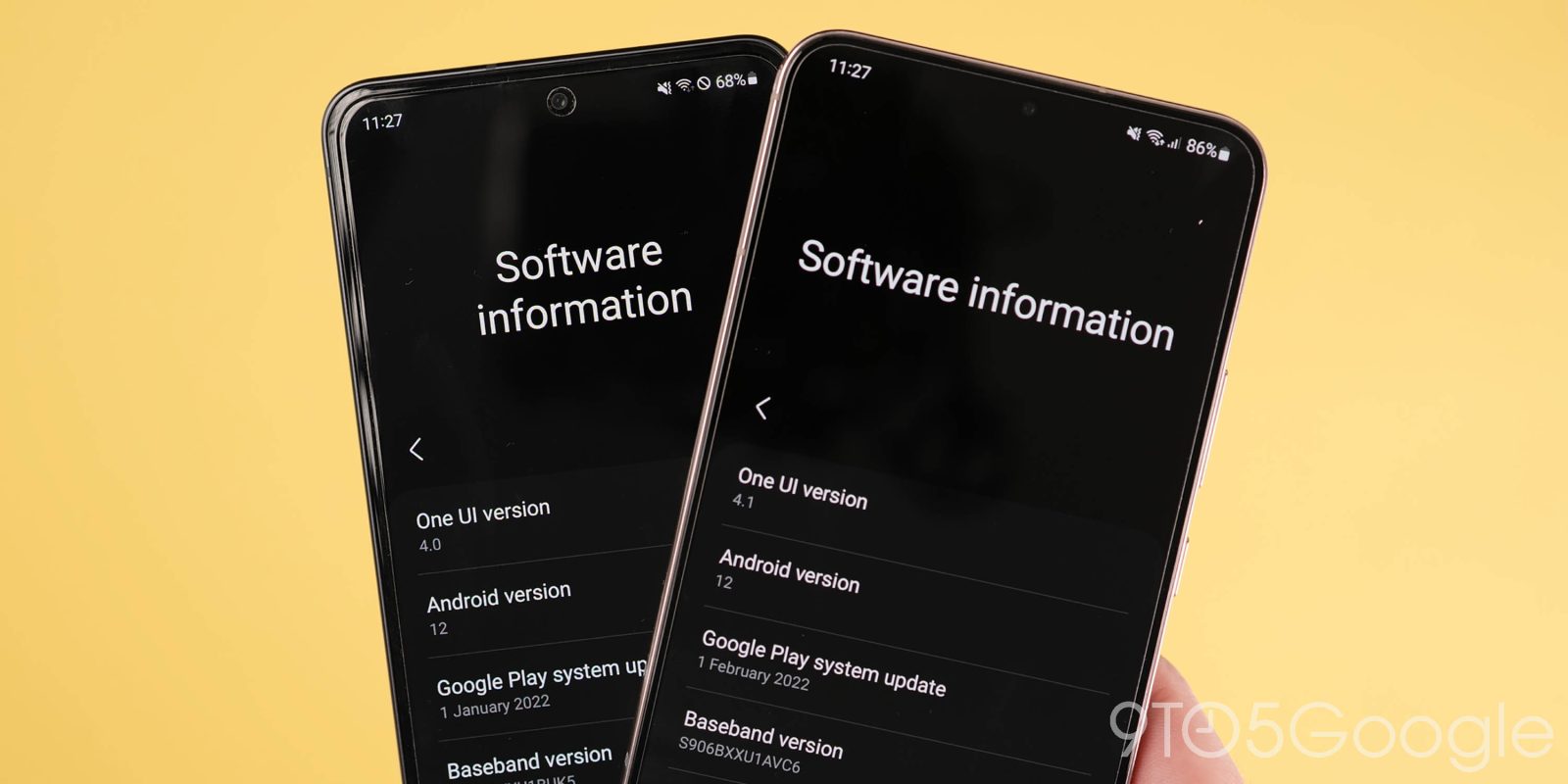 When Samsung launched the Galaxy S22 series, the trio of handsets came with One UI 4.1. This slightly updated Android 12 build for Galaxy phones includes some new features and functions that will slowly come to more devices over the coming months. Here are some of the best new features.

It’s important to note that One UI 4.1 is very much a minor build that improves upon One UI 4.0 with a few bits of tuning and tweaking to enhance the Samsung phone experience. There is also the sales tactic of giving Galaxy S22 owners a few timed exclusive features that won’t come to other phones until a later date. Annoyingly, this build doesn’t appear to include any of the recent Android 12.1/12L features that have been added to Pixel phones.

We’re seeing more Android makers add virtual RAM boosting features to help lower-end devices improve performance but it’s still present in all software builds. One UI 4.0 introduced RAM Plus, but it was set to a default 4GB. This takes 4GB of your onboard storage and then uses this as a slower form of RAM to help keep more apps in memory or improve multi-tasking. As storage gets faster, this might help improve things for cheaper Galaxy phones without massively impacting the overall handset pricing as RAM can be accessed without massively impacting performance.

RAM Plus in One UI 4.1 lets you choose how much storage is taken by the feature and depending on your device, you can set aside between 2, 4, 6 or 8GB of onboard storage to “boost” your device RAM. Sadly, there is no option to disable this feature so if you have limited storage, it might be worth setting down to the lowest option where available.

Samsung has renamed Google’s Dynamic Color theming system to “Color palette” within One UI but it effectively achieves the same thing. In One UI 4.1, the Color Palette theming system has changed slightly to include more swatches when pulling the color data from your currently applied wallpaper.

When you open the Color palette section within the Wallpaper and style menu, you’ll get a better idea of just how each hue or tone is picked with a swatch indicator rather than the simple circle with colored slices. This slight refinement also hints that you’ll get a greater color range than in One UI 4.0 but it’s not immediately clear how this manifests in apps and system regions. That said, we’re sure that Dynamic Color will evolve over the coming months ahead of Android 13, so this could be the first step for further support in One UI 5.0 — which is expected later this year.

Taking cues from iOS, in One UI 4.1 you’re able to effectively “stack” widgets on top of one another and, therefore, save space on your homescreen. That’s not all though, as you’re even able to customize the Smart widget stacks by adding any available app widgets available from the applications installed on your device.

This means that you can have one space on your homescreen dedicated to hosting all of your widgets without comprising on usability. There is also the added bonus of being able to combine these to create what amount to “mega” widgets that provide all key information you need at a glance.

Ordinarily, you’ll just leave the Adaptive brightness feature enabled on your Samsung Galaxy phone. If you prefer to tweak the brightness levels of your display manually, there is a new “Extra brightness” toggle that goes beyond the default maximum brightness of your display to help make things more legible. It does this at the expense of your battery life so we’d suggest using this sparingly.

To tweak this just head to Accessibility > Hearing enhancements and scroll down to “Left/right sound balance.” From here you’re able to make tweaks using the two distinct sliders for each audio output option.

Sync vibrations with your ringtone

One UI 4.1 now lets you fully sync the vibration motor with any ringtones you’ve set for calls and general notifications. That’s a nice extra custom touch that even works when your phone is in silent mode. So instead of a generic pattern, you’ll get a tailored vibration synced to an audio waveform. In the instance of phone calls this might help you recognize a call over a general SMS or email ping.

That’s not all as you’re even able to have your Galaxy play a low sound that intensifies vibrations so that you don’t miss incoming calls. This uses a low tone to effectively rumble the internal speaker so that vibrations are even more intense in your pocket or on a surface. It reminds us of the Dynamic Vibration feature used on Sony Xperia hardware that bumps up the experience when watching video content. In this instance, it’s used for notifications instead.

Limited to the Galaxy S22 series and Pixel phones, One UI 4.1 is also needed to get enhanced features in Google Duo that will let you do things like start a YouTube watch party. This feature expands the screen sharing option that is already available and allows you to launch into the YouTube app and share video and audio over a Duo call. Anyone in the call can watch along in real-time with the controls available to the host or the person screen-sharing.

Although not directly tied to the One UI 4.1 update, the Expert RAW app is set to be made available to more Galaxy devices soon too. This is simply another camera app that goes beyond the controls offered in the default Samsung camera app. You can access Pro mode controls on all of the lenses plus shooting RAW gives you enhanced post-processing options while retaining full creative control over ISO, white balance, shutter speed, focus point, and much more.

Initially, part of the “Labs” portion of the default Gallery app and similar to the Magic Eraser feature found on Pixel phones, Object eraser lets you remove unwanted blemishes from your photos. Just open up an image and tap the three-dot side menu and the “Object eraser” option will be available. When selected you can highlight portions of an image you’d like to remove.

After tapping “Erase” your Galaxy phone will attempt to remove the offending selection in a similar manner to that of Photoshop’s “Content-aware removal” tool. The effect can be very convincing given that this is all done on a smartphone. Like Magic Eraser on Pixel 6, we’d say use this feature sparingly for simple edits.

The default Samsung keyboard has gained direct integration with the online writing assistant Grammarly. You can allow Grammarly access to the keyboard and get grammar and syntax suggestions and advice when typing out a message. It might not happen automatically but when you have finished typing out a message you can tap the three-dot menu along the predictive text suggestion bar and get Grammarly to check things over and get real-time suggestions and improvements.

When will my Galaxy phone get the One UI 4.1 update?

The Expert RAW camera app will only be available to the Galaxy Z Fold 2, Z Fold 3, Galaxy S20 Ultra, and Galaxy Note 20 Ultra from April 2022. While some features like the Smart widgets may not be available on all devices with One UI 4.1 — including the recently released Galaxy A33, A53

What is your favorite new feature in One UI 4.1?

Looking at what One UI 4.1 offers, you might be left feeling shortchanged. However, it’s important to note that this is not a massive overhaul, nor is it meant to be. It’s simply a build to help the Galaxy S22 and recent A-series releases differentiate from the last lot of Galaxy devices. That said, there is a lot to like as this is a quality of life update that will eventually seed to even more phones over the coming months.

What is your favorite new addition? Let us know down in the comments section below.