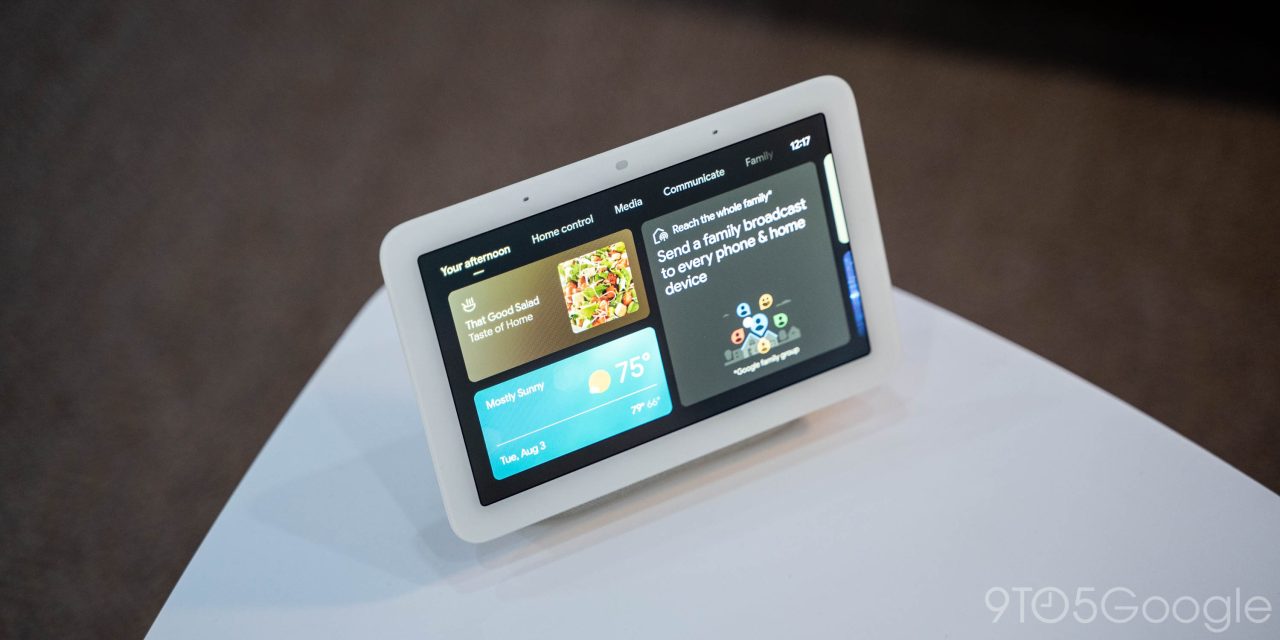 Some Nest Hub owners today are waking up to a UI redesign, though the update looks to have bootlooped the Assistant Smart Display for others.

This Nest Hub redesign starts when you swipe down from the top of the screen. Instead of being taken to the “Home control” tab, which has been the case since the last major redesign in late 2020, you get a quick settings panel. It’s reminiscent of the original “Home View” interface when the Google Home Hub first launched in 2018.

The day/date is listed in the top-left corner, while the time and any status icons are shown opposite that. Below you get a row of controls for brightness, volume, disabling Sleep Sensing, do not disturb (DND), setting an alarm, and settings. Control tiles for smart devices in the Nest Hub’s current vicinity round out this page. A “View rooms” shortcut is also present.

Meanwhile, swiping up from the bottom of the screen immediately opens the “app” drawer as the settings strip is no longer present. Accessing the launcher is no longer a two-step process that first requires a swipe and then tapping “See all” if what you want doesn’t appear.

This makes for a rather Pixel phone-like UI. Google widely rolled out the first iteration of the app drawer in October of 2021 to the Nest Hub Max and 2nd-gen Hub.

This redesign started appearing overnight for some users on the 2nd-gen Nest Hub, but others are waking up to device bootloops. Specifically, there’s a white screen with the four dots (in Google’s blue, red, yellow, and green colors) continually circling instead of booting up like normal.

Fortunately, the quick fix is to unplug the Nest Hub from power. After reconnecting the cable, your device should proceed to turn on like normal. This is a rather sizable bug for Google’s update process, but there should be no lasting device damage.