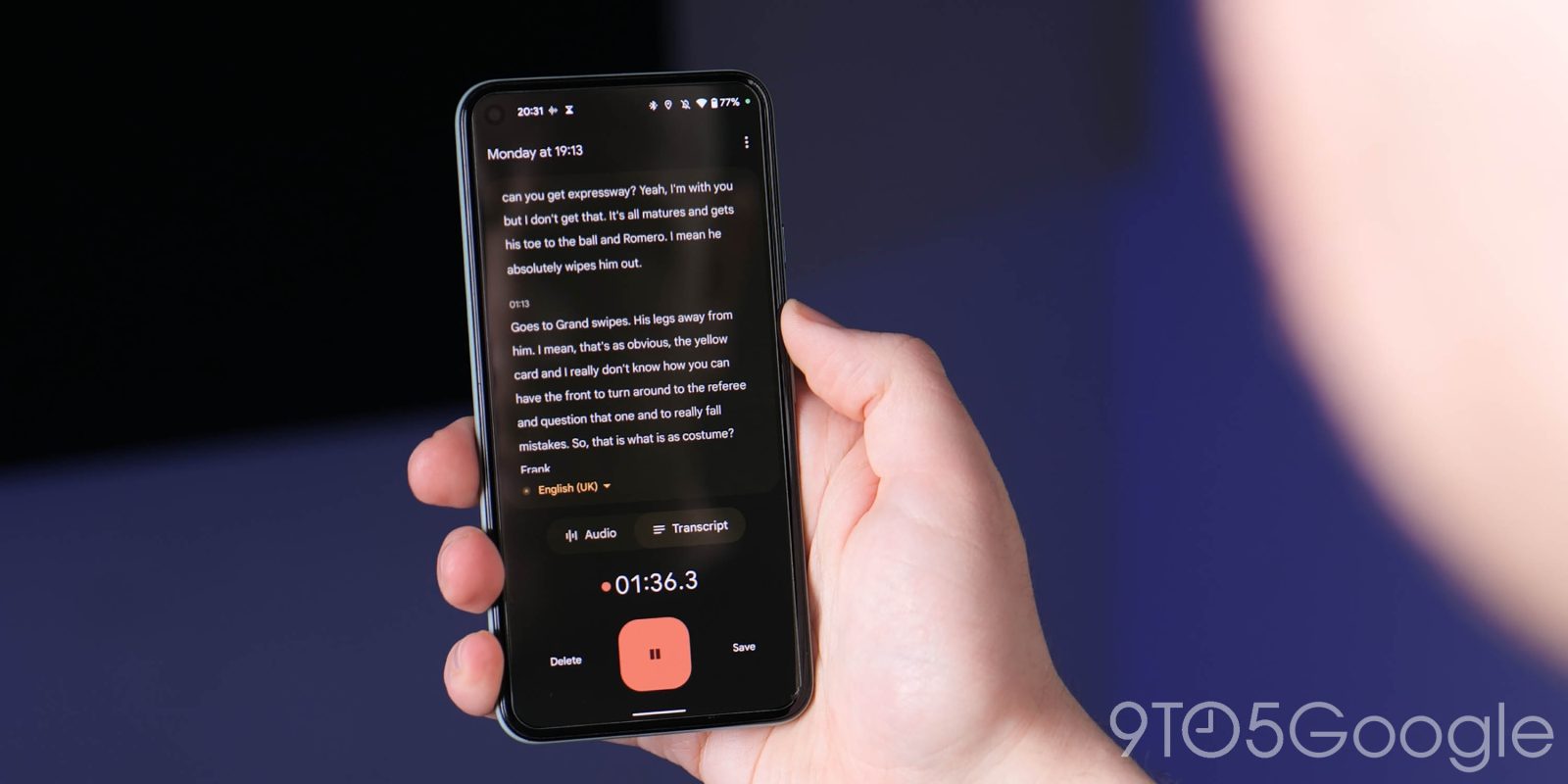 The Recorder app found on Pixel phones was updated this month with various Material You tweaks and a handy Quick Settings tile. Recorder also introduced a landscape mode that would look awfully good on a Pixel tablet.

Google released Recorder with the Pixel 4 and has updated the on-device transcription app several times since 2019. Major changes last year included the web app and a Material You redesign. Version 3.5 this month introduced “Landscape mode support,” which we noticed on the updated changelog this morning as Google is currently rolling out an incremental update (3.5.436635558 vs 3.5.430636922).

It starts with the large red record floating action button (FAB) being moved from the bottom of the screen to the right edge, while the search field and list of recordings go unchanged. This general split layout is applied to every screen, and moving the FAB to the right is a somewhat common Material design convention (e.g. Clock app).

Playback (and recording) controls have a rather interesting stacked look, while the button for switching between the audio waveform and transcript is particularly cozy in the bottom-right corner.

The Pixel’s Recorder app does not necessarily need a landscape UI on phones. If anything, you want to read as much text as possible, and that’s easier to accomplish in the portrait view.

If we were to speculate on why it exists, this could be a precursor to a large-screen Pixel device. A foldable has been rumored to be in the wings for some time now, while a tablet would make a great deal of sense for development purposes, especially in light of Android 12L.

When it launches, Google needs to make sure all its first-party apps conform to Android’s best practices for large-screen design to serve as a guide for other developers, and of course provide a consistent end user experience.