The oddity of Android 12L: Google’s prelude to tablets & foldables instead of its big moment 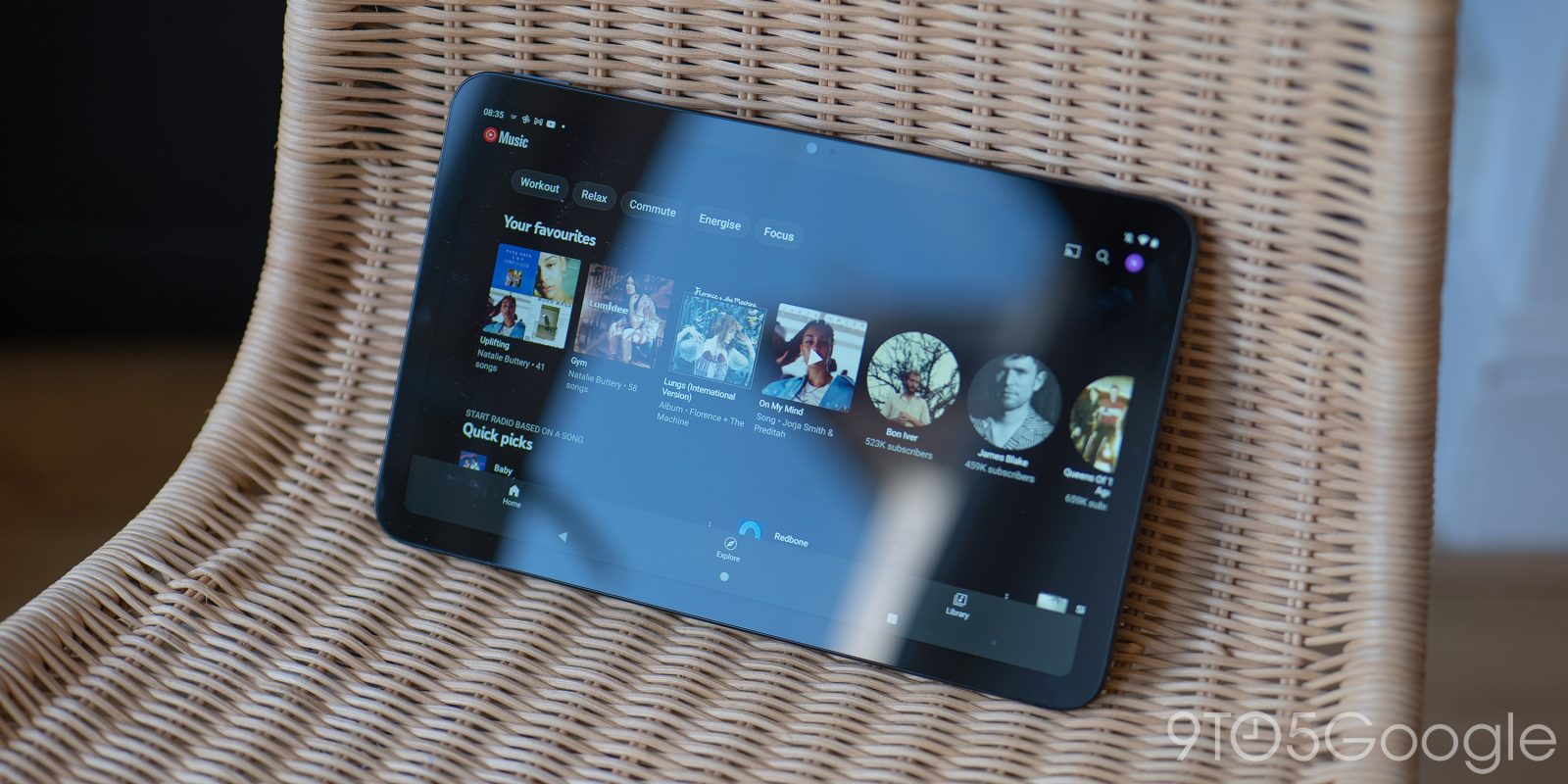 You don’t get a second chance to make a first impression. The latest impression that Google wants to impart is that Android will power the wave of large screen devices to come. Besides proclamations, the biggest sign of Google’s commitment to this effort is Android 12L, a version of the mobile OS especially for foldables and tablets. It launched at the start of this month, but it has so far only been a drop in the ocean and feels like a missed opportunity for Google to make a big splash about where Android is heading.

Why ‘Android Foldables’ and ‘Android Tablets’

There are two parts to Google’s interest in large screens. If foldables are indeed the new premium in smartphones going forward, Google has to make sure Android is the de facto operating system for that new class to retain its status as the world’s most popular operating system. This includes making sure it’s easy for OEMs to build devices that are different enough to justify upgrades from slab-style smartphones, which are already quite excellent. New form factors are very hard to come by, and foldables represent what could be the last new category for several years before AR smart glasses.

That ease also extends to making it simple for developers to create optimized applications for both an external phone screen and a larger internal display. In turn, those optimized experiences are what will justify foldability to end users. Everybody loves a bigger screen, which foldables allow to be portable, but it can’t just be about watching a movie or playing a game on a larger display. There have to be new things that people can do with this type of device, from productivity to multitasking.

Meanwhile, the tablet is Google’s second large screen. Foldables seem to be something that OEM partners are making the bigger push for, while Google is explicitly the driver for tablets with grandiose claims that the form factor will be the “future of computing.” The company expects tablet sales to eventually overtake laptops, and that is a tremendous opportunity for Android to get an OS foothold in the space between smartphones and laptops.

To Google, the greater portability of tablets compared to laptops allows for more use cases. When coupled with the inclusion of an ever-simple touchscreen that can be further augmented by a stylus, guaranteed rear-facing camera, and even cellular connectivity, “tablet-first” apps and users should be able to do much more.

Android 12L is a modern attempt from Google to make the user experience on tablets and foldables “simpler and easier to use.” Two-column layouts, which is one of the simpler ways to take advantage of a big screen, are everywhere from the lockscreen and notification shade to settings. Meanwhile, a taskbar aids with and encourages multitasking. The latter serves to make the large screen Android experience across OEMs more uniform, while the former is very much an instruction to developers to stop making stretched out apps.

As implied by the name, 12L derives from Android 12. For modern day Android, it’s an out-of-cycle release that Google very explicitly decided to brand and make about big screens. It launched at the start of this month, but Google really has nothing to show for it and that’s remarkably odd for a big push.

For starters, no Google app has been updated with an improved tablet experience in the past few weeks. As I’ve chronicled, the state of first-party tablet apps is quite underwhelming. There are still too many stretched out phone apps when two-pane UI should be the bare minimum. Meanwhile, there are only a handful of apps that have been really rethought for tablets, and all of them date back to a few years ago.

This sorry state is a stark contrast to the very successful adoption of Material You across Google’s biggest apps in time for the launch of Android 12 on the Pixel last fall. The company is very much capable of rolling out redesigns en masse. It’s unclear why something similar was not mandated to coincide with 12L. It’s important to remember that app updates benefit all existing tablet users and might have encouraged them to upgrade their hardware to get the full benefit.

Meanwhile, a more basic failure is how the final release of Android 12L is not on any current large screen hardware. Instead, Google was only able to announce that updates from Samsung, Lenovo, and Microsoft will start this year.

Maybe Google and partners will surprise us with fast updates, but let’s take Samsung as an example. The OEM just launched a trio of new flagship tablets running Android 12, while it has already started updating older models. If 12L was in the books for the first quarter to half of this year, why not wait to deliver new hardware with a brand new experience. In the Android space, it’s not like flagship tablets, unlike smartphones, are the main driver of a manufacturer’s revenue. Imagine how much Google’s new push into tablets would have resonated if it launched with hardware from the biggest OEM. Such an occurrence is not really a stretch given how Google is already directly marketing the Fold 3 and Flip 3 with its optimized apps.

Of course, there’s an alternative to having Samsung hold its big tablet launch.

Google historically aligns the Fall Android and Pixel launches. As such, it’s a big shame that the release of Android 12L was not accompanied by any first-party hardware. A Pixel foldable has been rumored for quite a while now and 12L very much seemed like an ideal time for such a device to be announced. At the most basic level, Pixel hardware would have allowed people to actually use 12L on big screens at launch. That is literally not possible today and won’t be until “later this year.”

That said, there are a number of possible reasons why the foldable Pixel has not launched yet from cost and feature competitiveness to the form factor presenting genuine design difficulties.

However, those rationales do not extend to why Google has not yet built a first-party tablet. Since the inception of Made by Google, the hardware division has not made an Android-powered tablet. There was only the Pixel Slate running Chrome OS and a later decision to not launch a pair of smaller tablets that also ran the operating system.

Google’s last large screen Android device was the Pixel C in 2015. The failure of Android on really big screens in the late 2010s made for an unwritten arrangement that Chrome OS would power the form factor (and in a different universe could have started with the Pixel C). The renewed interest in tablets, especially those with dockable keyboards, has clearly changed that perception and it’s time for Google to try again.

Unfortunately, there are zero rumors of such a device, with the current speculation being that Tensor will debut on a Pixelbook next year. It’s a disappointing state of affairs, and such hardware is needed to serve as the flagbearer for Google’s renewed tablet ambitions.

Why is it just a prelude

Today, Android 12L is just a downpayment for Google’s grand ambitions in the foldable and tablet space. The company might be using 12L to show OEM partners and app developers alike that it’s serious about large screens, but even that could have been better handled with first-party action.

The situation you have now is people hearing about Google’s commitment to large screens but not being able to actually try it beyond an emulator or Lenovo developer preview. Let’s say updates to first-party apps happen next as an encouragement and guide for third-party developers, while OEMs begin releasing 12L updates on existing tablets. At this point, people will see that Google is finally addressing the stretched-out application problem, while current tablet owners get a new OS and day-to-day usage improvements in a boost to word of mouth. What would really enshrine Google’s commitment is first-party hardware that would explicitly tell you what new Android tablet to get.

Android 12L should have launched with (first or third-party) hardware, updates to existing tablets/foldables, and app redesigns. Rather, Google only has an announcement to show for the latest version of its OS. It greatly diminishes the momentum and breaks up what could have been a promising push into pieces.