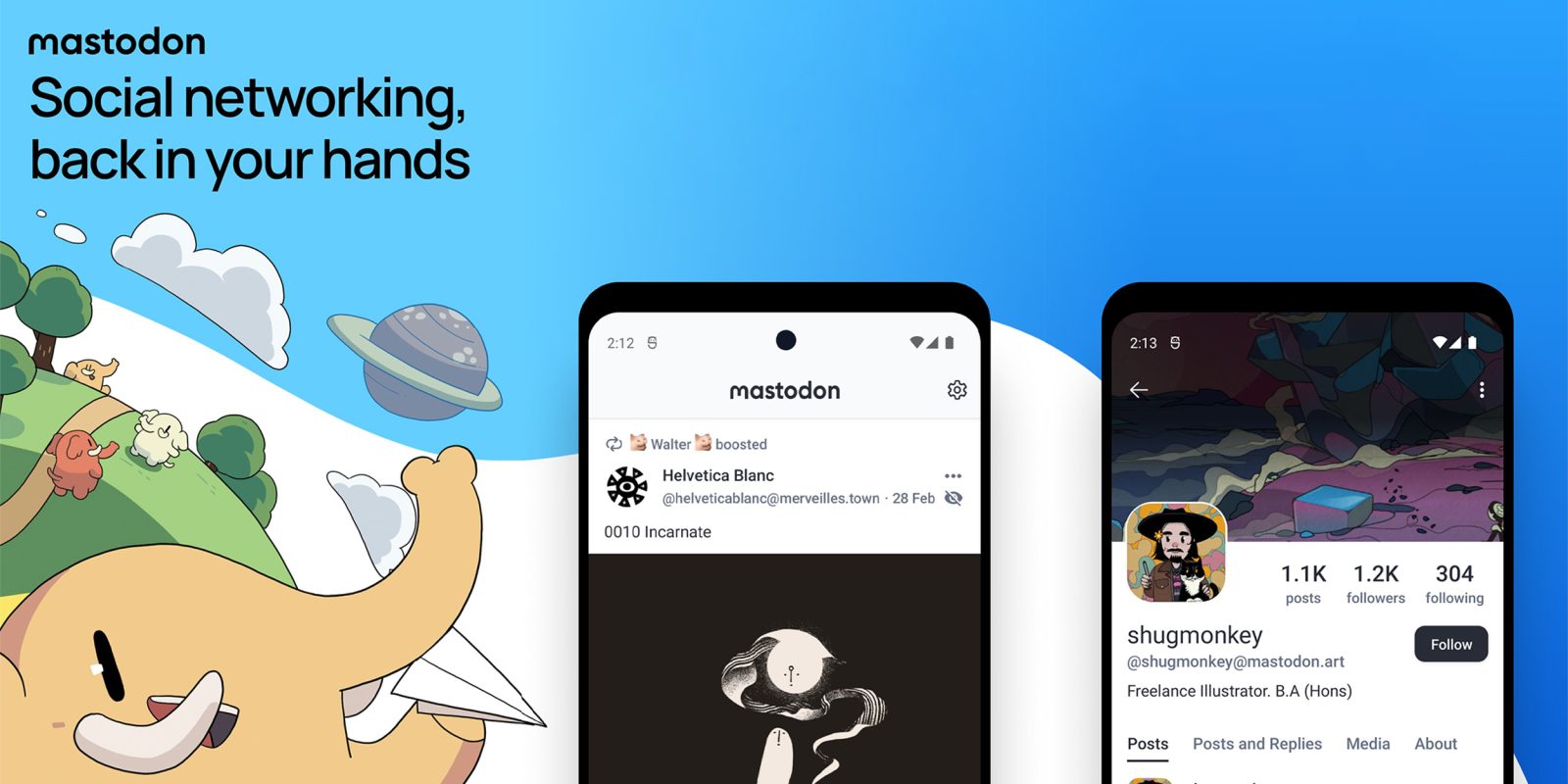 After first launching on the iOS App Store, the open-source alternative to Twitter, Mastodon, is now officially available to download on Android via the Google Play Store.

Mastodon is a much smaller decentralized alternative to Twitter that boasts around 4.4 million users globally according to the official site. The decentralized nature is one of the major reasons that Mastodon has started to grow in popularity since launching back in 2016. It relies heavily upon mini-communities and interest groups that are hosted within unique servers.

For the privacy-conscious, this means that there is no “main” timeline or database, but this does come at the cost of some core functions and features that you’ll find on other social platforms. However, Mastodon for Android boasts no ads, has an increased 500 character limit for posts, and is entirely community-driven.

This first official version of the Mastodon app for Android includes all of the core or essential features you would expect from a social network including notifications, search, and community browsing. Sadly, unlike some existing third-party options, it lacks the ability to view local or federated timelines.

Because it’s an open-source project there have been numerous third-party clients, this is the first official Mastodon app to be made available via the Google Play Store (h/t XDA). Like any and all social networking apps, Mastodon is completely free to download and use. Elon Musk’s recent purchase of almost 10% of Twitter saw a huge spike in Mastodon sign-ups, which means now is as good a time as any to try it for yourself.