Google Pixel phones feature Car Crash Detection like iPhone 14 and Apple Watch; how to turn it on 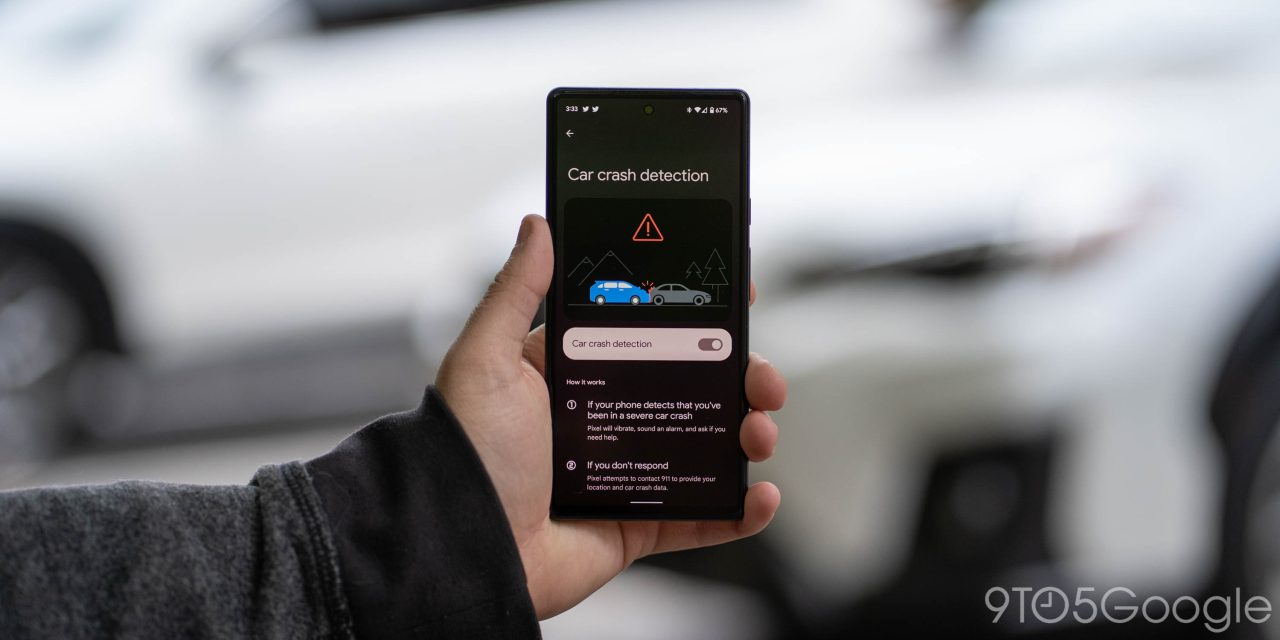 Apple today unveiled the iPhone 14 lineup, Apple Watch Series 8, Watch Ultra, and Watch SE 2. All of these new products bring with them a long-standing feature from Google’s Pixel lineup, Car Crash Detection, in a case of tech companies copying each other to the benefit of everyone.

Car Crash Detection has been available since 2019 on Pixel smartphones, but you’d be forgiven for not knowing about it before now.

Google has historically done little to advertise the feature. It’s reveal was buried in a single sentence in the Pixel 4’s launch, and became an afterthought with all of the company’s future releases. By comparison, Apple touted this functionality over the course of several minutes while launching its latest iPhones and smartwatches.

Still, Car Crash Detection is available within the “Safety” app on every Pixel since the Pixel 3.

How does it work? Like Apple’s implementation, Car Crash Detection on Pixel uses the phone’s onboard sensors to recognize when you get into a crash.

Google says that the feature uses location data, motion sensors, and the microphones on your device to detect the conditions of a car crash. After a crash occurs, your Pixel phone will vibrate and sound an alarm to see if you need help before contacting 911 on its own to inform emergency services of a crash and your location. It’s remarkably similar to what Apple has just announced for its own smartphones and smartwatches.

On a support page, Google explains:

Your Pixel 3, 4, and later can use information like your phone’s location, motion sensors, and nearby sounds to detect a possible severe car crash. Car crash detection requires location, physical activity, and microphone permissions to work. If your phone determines you got in a severe car crash and calls emergency services, your approximate location and car crash data may be transmitted to emergency services by Android’s Emergency Location Service.

In early 2021, one Pixel owner shared his story of an accident on his own private land – not even in a car, but rather farm equipment – where the vehicle crashed and flipped over, leaving him unconscious, trapped, and with his phone out of reach. When he woke up, his Pixel had already contacted emergency services who found him not long after, potentially saving the man’s life.

Later that same year, Google highlighted another example of a Pixel owner who had been in a car accident in an unfamiliar area, where Car Crash Detection on the user’s Pixel smartphone prompted a call to emergency services quickly.

And really, we don’t often hear of Car Crash Detection on Pixel getting it wrong. The feature just works, and as mentioned while we hope it’s something no one ever needs, it clearly works.

Often times with new Apple features, the company waits to deliver on something until it can be done “right,” rather than getting an inferior version out to customers early. It’s hard to say right now, though, if this is the case on what’s happening with Apple’s form of Car Crash Detection.

Like Google, Apple says it uses motion sensors to detect a crash, but in Apple’s case, at least on the Apple Watch Series 8 (and Ultra/SE2), the barometer is also used to detect changes consistent with an airbag going off. The latest Apple Watch models also include special sensors that Apple says are used to further improve the accuracy of car crash detection, which only triggers when the user is detected as driving.

In theory, using additional hardware to detect an accident could result in better accuracy from Apple’s version, but there’s no reason to doubt that Google’s take on the feature is inferior at this time – clearly, it’s worked for many to date.

Google does note on its support page, though, that the feature can be triggered accidentally by “high impact activities.”

How to use Car Crash Detection on Pixel

If you already have a Pixel smartphone, we’d certainly advise that you turn on Car Crash Detection, and it’s rather easy to do it!

Just open up the “Safety” app, hit the Settings button, and toggle on Car Crash Detection. You might need to enable a few permissions, but it’s rather simple on the whole. We have a full breakdown on how to turn on the feature, as well as other safety features on Pixel.