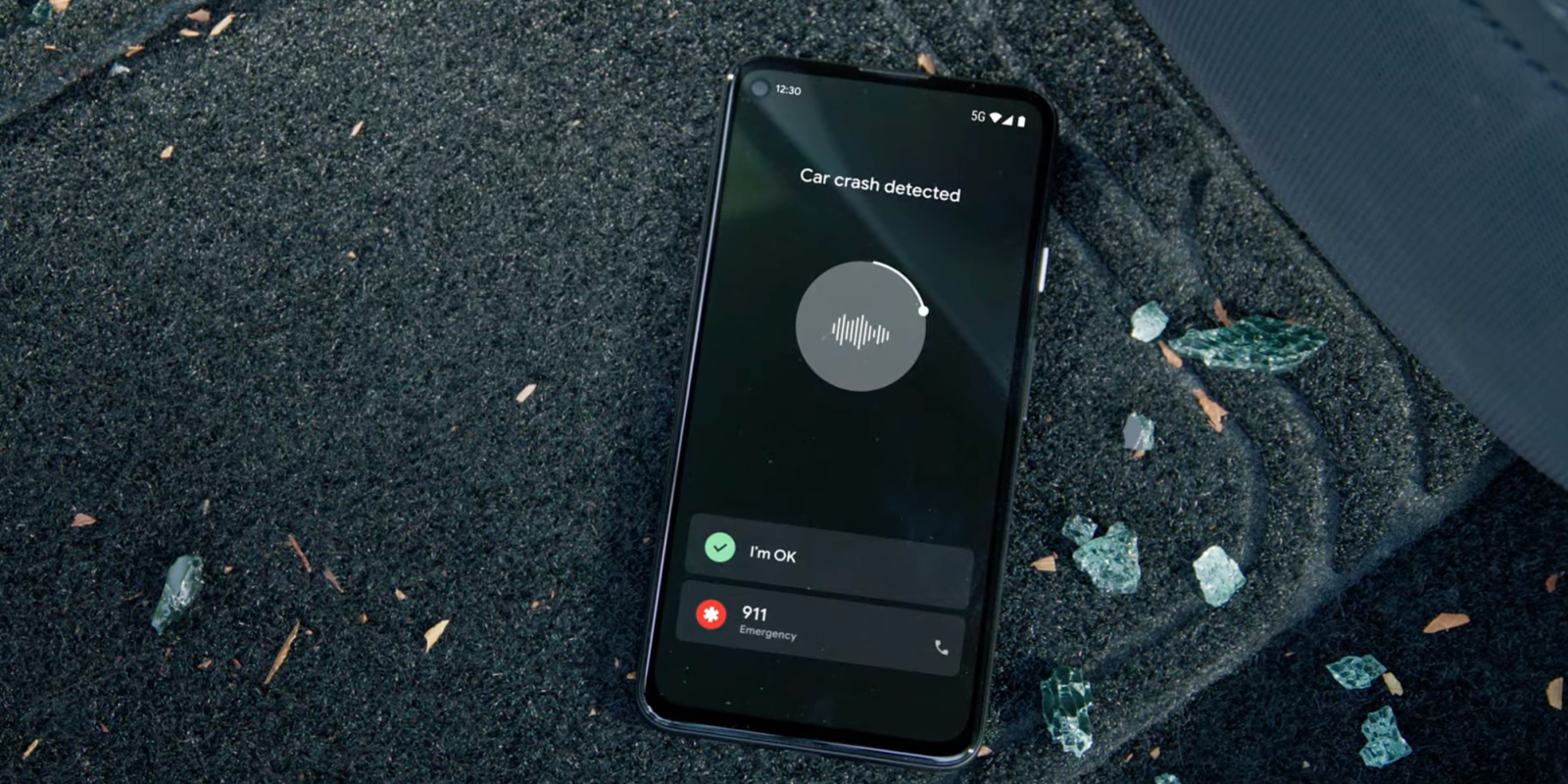 First introduced with the Pixel 4 in 2019, Car Crash Detection can automatically call 911 if you’re in a vehicle accident. Google is now highlighting that safety feature, along with Live Caption, in a new True Pixel Story video series.

The company this afternoon shared a pair of True Pixel Story videos:

Matthew, who was born deaf, relied on video chat and lip-reading to communicate with his son Harry. When he got his Google Pixel, he tried out Live Caption* and for the first time ever, he could do something that people all over the world do every day – he made a phone call to his son.

Chris was riding in a car with his family to grab a late lunch on a beautiful day in Gatlinburg, TN. Unfamiliar with the area, they came upon a fork in the road and suddenly were involved in a car accident. Luckily nobody was injured, and thanks to car crash detection* on Chris’s Google Pixel, his phone prompted him to call emergency services.

Examples of Car Crash Detection in action have been shared a handful of times in the past on Twitter, but the company is now prominently highlighting this capability in a testimonial-style series. The feature is available on the Pixel 3, 4, 4a, 4a 5G, and 5 in the US, UK, and Australia. After setup, it works by using location, motion sensors, and the microphone to detect a “possible severe car crash.”

During such an event, the Pixel will vibrate and ring loudly, with users able to say “Emergency” or tap the on-screen button twice to immediately start a call over speakerphone. You have 60 seconds to cancel, or Google will automatically dial. In that scenario, your phone will “say that a car crash happened” and share your current location.

Meanwhile, Live Caption subtitles any playing audio on your device, including phone calls on Pixel. It works entirely offline and without an internet connection for a low-latency experience. Google also highlighted this capability during the Oscars last month.

Google ends both True Pixel Story videos with an invitation to share your story at TruePixelStories@google.com. It’s decidedly a new direction for how Google advertises the Pixel. Neither are new features or necessarily the flashiest compared to hardware, but they work in the background.