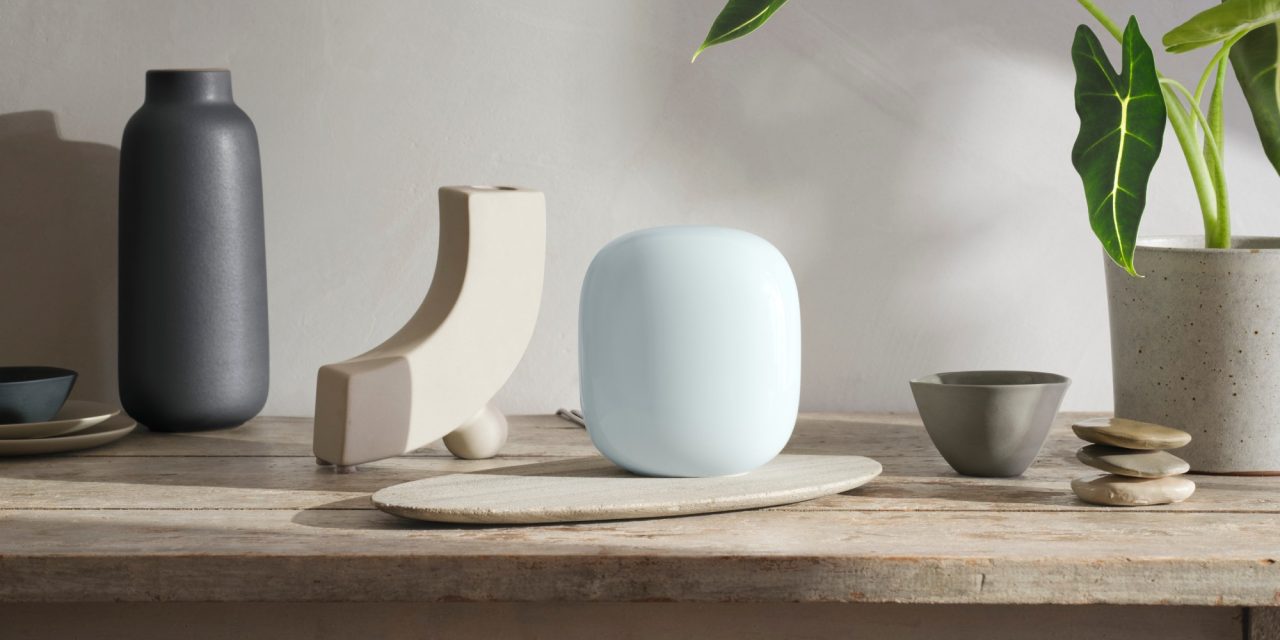 At the company’s fall hardware event, Google announced the Nest Wifi Pro, which makes it easy to put Wi-Fi 6E signal throughout your home and control it through the Google Assistant.

For years now, Google has offered its “Google Wifi” and “Nest Wifi” series devices that are purpose-built to fill your home with strong, reliable Wi-Fi signal. The core detail that Google has always emphasized is the ease of setup through simple hardware and the use of the Google Home app.

In 2019, the Nest Wifi series split out into two types of devices with a base router and extenders equipped with a Google Assistant speaker. With the new Nest Wifi Pro, Google is returning to its roots, focusing on easy connectivity first and foremost.

To that end, the Nest Wifi Pro includes full Wi-Fi 6E connectivity, which is two major steps upward from the 802.11ac (now known as Wi-Fi 5) included in Google’s previous hardware. Under ideal circumstances — minimal interference, strong signal, top-tier hardware, etc. — a Wi-Fi 6 or Wi-Fi 6E network from Nest Wifi Pro is capable of up to 5.4Gbps. Even without those perfect conditions, Wi-Fi 6E should be multiple times faster than an older Wi-Fi 5 network, both for connections within your home network and connecting to the internet in general.

The key differentiator of Wi-Fi 6E over simple Wi-Fi 6 is the use of a third range of wireless signal between 6 and 7 GHz. As these ranges are currently not common in household use, Wi-Fi 6E capable devices should be able to communicate with less wireless interference, albeit with a shorter potential distance. Wi-Fi 6E is still relatively new, meaning not too many devices support it, but your core essentials like Pixel phones and high-end Chromebooks should see a benefit.

Each Nest Wifi Pro also serves to extend the range of your home’s Thread/Matter network. Once Google Home is fully integrated with Matter in the near future, the Nest Wifi Pro will serve as a Matter hub to control individual devices.

Nest Wifi Pro also includes a built-in Thread border router so you can connect all your Thread smart devices to your home network — and save energy, thanks to Thread’s low power mesh.

Shortly after Matter, the new smart home protocol, launches, you’ll be able to use your Nest Wifi Pro router as a Matter hub, too. It will control and connect to all your Matter-enabled devices, making it that much easier to manage and add devices to your smart home in the future.

Like all of Google’s past routers, the Nest Wifi Pro is designed to be easily managed by the Google Assistant, making it easy to turn on/off Family Wifi or Guest Network, or even display your guest login info on a smart display. Behind the scenes, Google has also built in quite a bit of smarts to automatically optimize for important traffic like video calls and streaming. That said, this model is not as thoroughly integrated with the Assistant, as there are no models with built-in smart speakers.

To help the Nest Wifi Pro blend in with Google’s latest generation of hardware while also looking pleasant in your home, the routers are available in a handful of colors. Snow (white), Linen (beige), and Fog (blue-green-gray) should be familiar to owners of Nest hardware, while a new shade of Lemongrass matches the Pixel Buds Pro and upcoming Pixel 7. Placed ideally, the Nest Wifi Pro could be mistaken for a glossy ceramic decoration.

Of course, this type of top-tier connectivity comes at a cost, but Google has prepared some well-priced bundles to help lessen the strain. A single Nest Wifi Pro — with enough signal strength for a small home, up to 2,200 sq ft — will set you back $199, while bundles of two or three — perfect for larger areas — are only $299 and $399, respectively.

The availability of these bundles is particularly important this year, as the Nest Wifi Pro is not compatible with existing Nest Wifi or Google Wifi routers/extenders. According to Google, this lack of support is tied to the introduction of 6 GHz bandwidth for Wi-Fi 6E, as the older routers and points would have degraded performance. So, current owners of Nest/Google Wifi hardware will need to start fresh in order to use the Nest Wifi Pro system.

Where to buy Nest Wifi Pro: