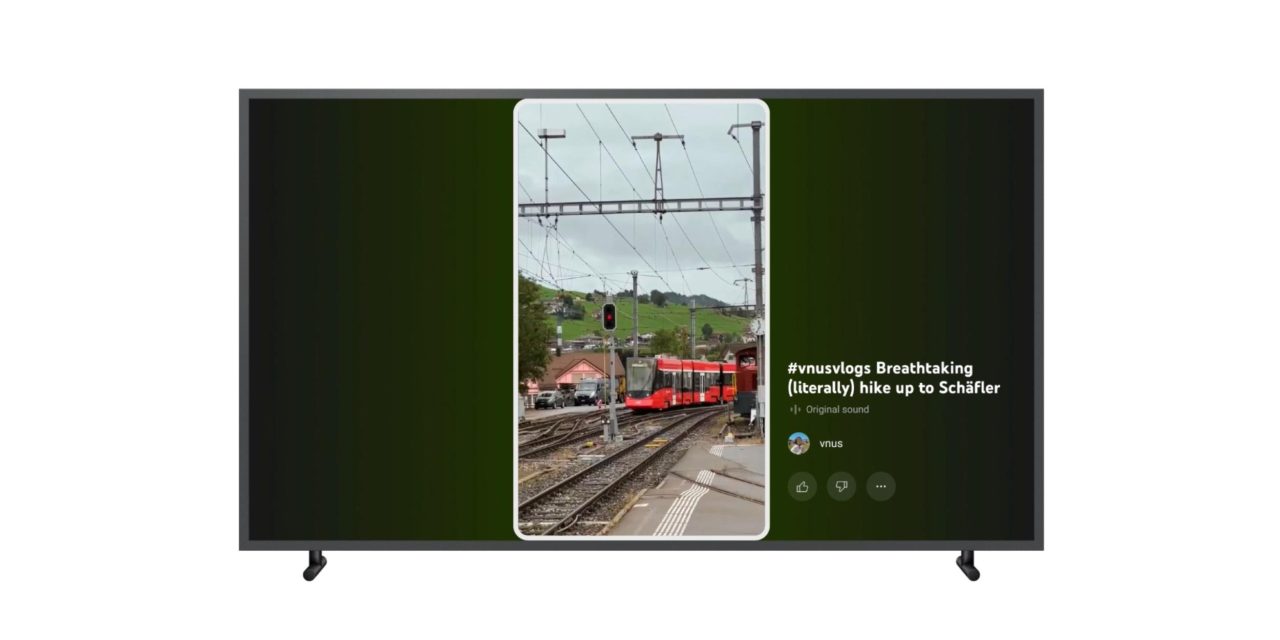 YouTube announced today that it’s bringing Shorts to TV screens with a player that’s optimized for the big screen.

Vertical video is awkward in landscape and there’s really no way to get around that — unless your television rotates. As such, YouTube Shorts on a TV sees the video centered with a white border and background theming based on the clip’s main color occurring to the left and right.

As rumored, the latter side includes video title, details about audio, creator name, and buttons to thumbs up/down, as well as an overflow menu. Google might bring “additional functionality in future releases” as it tested comments there, as well as showing the navigation rail and related tags on the left.

The customized Shorts experience delivers the best of both worlds: a clean design while making the most of the wide screen’s additional space.

In terms of controls, YouTube Shorts notably do not autoplay and you have to use your remote’s up and down buttons to go to the next one. Google says “research indicated that people want to take charge of the viewing experience.”

We also learned that viewers wanted to be in the driver’s seat of the viewing experience and were happy to use the remote to manually advance to the next Short rather than have the feed autoplay. This was unusual. Typically we find that level of interactivity can be tedious with a remote, but in this case, short-form video is unique.

To launch the YouTube Shorts player on TVs, look for a carousel on the homepage or go to a Creator’s channel and find the “Shorts” tab. It’s rolling out “over the coming weeks” for TV models (2019 and later) and on newer game consoles.

YouTube tested various designs, including a “Jukebox” style “where multiple Shorts would fill the screen at the same time, taking full advantage of the TV screen’s additional space.” This was ruled out because it “strayed too far from the essence of Shorts, which features one video at a time.”