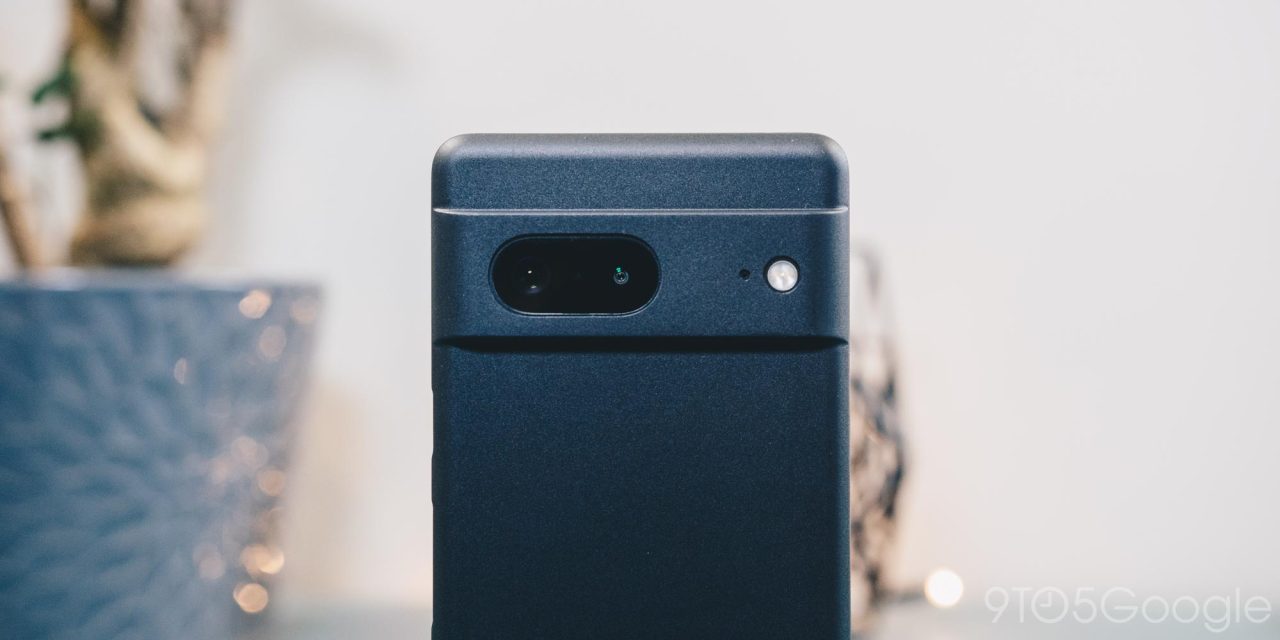 The Pixel 6 and Pixel 7 designs are both hurdles to overcome for case makers. The camera visor proves to be a challenge, often resulting in bulky cases that don’t complement the device. With Totallee’s thin Pixel 7 cases, that couldn’t be further from the truth.

Totallee has been around for a while, though the manufacturer has mostly focused on iPhone cases that are extremely minimal and well-received for that aspect. Now, Totallee is bringing cases to the Pixel 7 series, with two distinct designs that both take on that minimal form factor.

Much like the name, the Solid Black case from Totallee is down to earth. The first thing I noticed when opening the packing was the overall footprint.

This case is thin.

The Solid Black case comes in at only .02″ thick – .508mm. At not even a full millimeter, Totallee’s Solid Black Pixel 7 case is extremely lightweight and thin. Now, the downside to this is the innate vulnerability to drops.

We didn’t do any of our own drop tests, but we can’t imagine that your Pixel 7 could survive a large fall. The thin case is mainly meant to keep your Pixel 7 scratch-free, even over the camera bar. With that though, the accent color of your Pixel doesn’t necessarily get to shine.

Beyond that, this case feels amazing. As thin as it is, it compliments the Pixel 7’s camera bar very well, while still making it feel like you’re not using a case at all. The Pixel 7 feels very thin with this Totallee case on, and the Pixel 7 Pro feels even thinner because of the curved display. With both devices, the Solid Black case holds on tight and shows absolutely no signs of being too thin to stay on.

The button cutouts were the one thing I took issue with. Since they’re cutouts and not extensions, you need to press a little harder to get a firm click. This, at times, felt a little awkward. Overall though, the Solid Black case from Totallee feels like nothing, which is very much welcome.

Totallee also has a thin Clear Soft variant for the Pixel 7 and 7 Pro. While this version is not as thin as the Solid Black, it’s still very much a minimal case.

Made from anti-yellowing TPU, the Clear Soft Pixel 7 case has a really nice grip to it, which makes for easier handling. The flip side of that is the oil attraction properties of the case, which is a side effect of the material.

Of course, the clear material lets your Pixel 7 and 7 Pro shine in whichever color you chose. Our Pixel 7 Pro in Hazel looks fantastic in the clear case. Even the Obisidian colorway looks great in the TPU soft plastic. Internally, there is a sort of dot matrix design, which I didn’t mind at all and hardly noticed. On this Pixel 7 case, the buttons are padded, which gives you somewhat better feedback in comparison to the super-thin Solid Black case.

In contrast to the thinner black case, I would trust the Clear Soft case with a heavier drop, though it’s still on the lighter end of things.

Both the Solid Black case and the Clear Soft case are easy to recommend for those who are less concerned about heavy drops. Of course, the minimal design comes with that caveat, though I’m honestly having trouble switching to thicker, heavier-duty cases. The feel of the Solid Black case is just so nice and non-invasive. With the definition around the camera bar that you can feel and the overall thin profile, I have a feeling I’ll be using this case for a good while.

Buy the Pixel 7 cases from Totallee