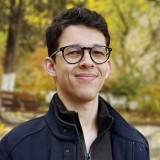 I’m a very long-time iPhone user. In fact, I’ve never had an Android phone as my personal phone before. Although I had been curious about Android phones in the past, I was okay with Apple’s ecosystem. More recently, foldable smartphones have become a thing, and I’d be lying if I said I didn’t want one. Now I have finally had the opportunity to try out the Galaxy Z Flip 3 for the past month. Read on for this iPhone user’s thoughts on the experience.

If you enjoy playing games on your smartphone, you’re probably familiar with Vainglory – a multiplayer online battle arena game in which two opposing teams fight to reach and destroy the enemy’s base. Now Super Evil Megacorp, the company behind Vainglory, is about to release Catalyst Black – a new triple-A-level battleground game for iOS and Android.

After numerous rumors, Apple finally introduced AirTag during today’s special event. Apple’s item tracker works based on the ultra-wideband U1 chip and relies on the Find My network to work even offline. However, an interesting detail that wasn’t mentioned during the keynote is that even Android users can identify an AirTag in Lost Mode.

Twitter has been testing a new way to let users easily find quote tweets by separating them from regular retweets. The company confirmed today that this feature is now being rolled out to all users around the world.

Update 5/21: Previously only available in Brazil, the new Fleets feature is now being rolled out to Twitter users in Italy. According to Twitter, people are tweeting more after having access to Fleets, so the company decided to expand it to more countries. You can check our first in-depth look at Fleets here.

Twitter is now testing a new feature called “Fleets”, which automatically deletes tweets after 24 hours. The announcement was made today by Kayvon Beykpour, Product Lead of Twitter.