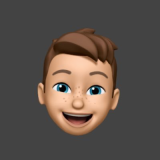 Google has just published a short update on Google+ notifying the public of a name change for its infamous wearable technology. Formally referred to as ‘Project Glass,’ Google will now official begin calling the product ‘Google Glass,’ at least through Google+ and its other online marketing. The 105-word post notes that the product has grown substantially since the start of its Explorer program and most people already refer to the wearable product as Google Glass, making the ‘Project’ prefix no longer necessary. You can learn more about Google Glass here.

Twitter’s Vine has pushed out an update for its Android app today that brings the video app to parity with its iOS counterpart. The update adds front-facing camera support as well as a new upload manager for all compatible devices.

In addition to these two new features, Vine for Android has also gotten some all-around speed improvements and support for more Android devices, although Twitter wouldn’t explicitly specify which ones.

The full Vine 1.2.0 for Android changelog is as follows:

You can download the new version now directly from Google Play.