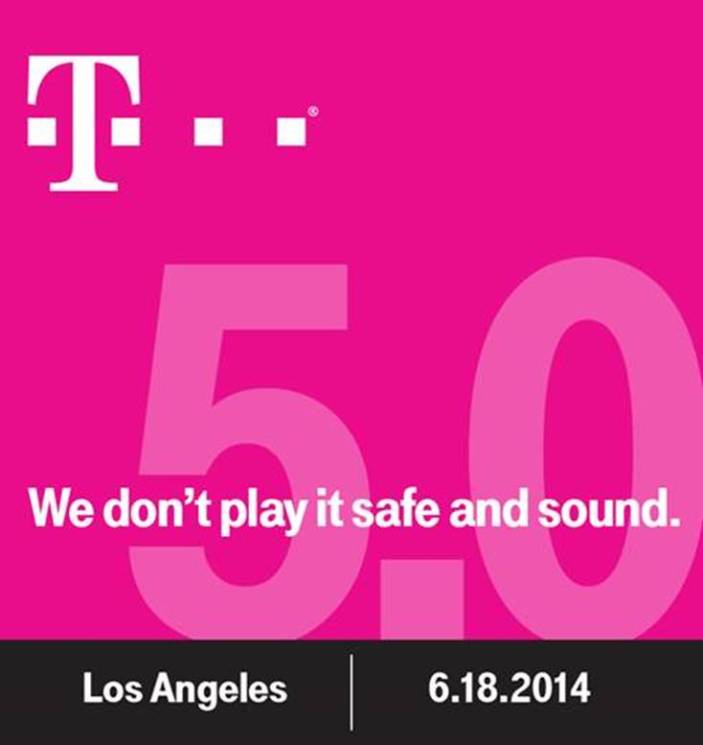 T-Mobile has just sent out invites to its latest Uncarrier event. The fifth iteration of John Legere and company to shake-up the mobile industry will be held on June 18th in Los Angeles. The invite doesn’t offer any direct details as to what we can expect at the event, but does tease that T-Mobile doesn’t “play it safe and sound.” One possibility this time around, is that T-Mobile is partnering with some sort of music streaming service, hence the “sound” tease. AT&T is currently partnered with Beats Music, while Sprint is with Spotify. That would leave Rdio and Pandora as possibilities for T-Mobile.

Usually we have an idea as to what the company will unveil at these events, but this time around rumors have been very sparse. The company has already abolished two-year contracts, lowered roaming charges, and launched an early upgrade program. All of this, however, doesn’t change the fact that the company posted a loss in Q1, even though it did manage to add 1.3 million subscribers in the same quarter.

Nevertheless, we’ll have coverage of T-Mobile’s Uncarrier 5.0 event on June 18th. Who knows that the company has up its sleeve this time around.