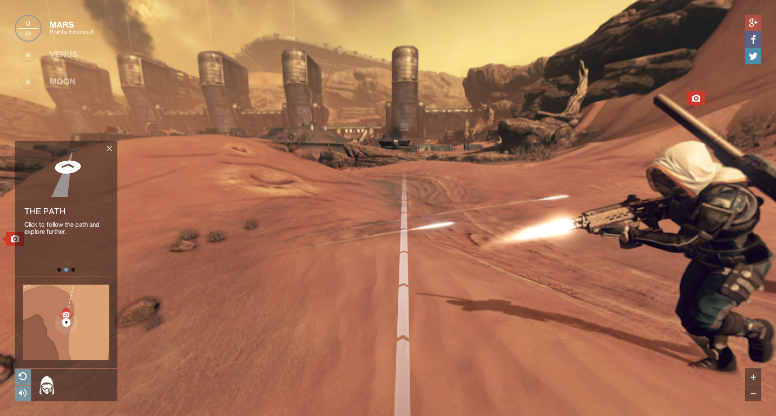 The next big probably-hit from the famed game studio behind Halo is about to be released, and to help promote it Bungie has teamed up with Google Maps to create a virtual world built to resemble that of the one in-game. It’s called Destiny Planet View, and you’ll find the way you navigate the first person shooter’s worlds within the new website to be very familiar.

The three main locations you can explore in Destiny Planet View include Mars, Venus, and Earth’s Moon. But perhaps most enticing about this first-ever recreation of a game with Google’s maps technologies is that, according to Activision, you’ll be able to “discover useful lore, gameplay tips and even a few hidden real-world and in-game incentives along the way.”

Check out the video below, and head over to the Destiny Planet View website to give it a look.