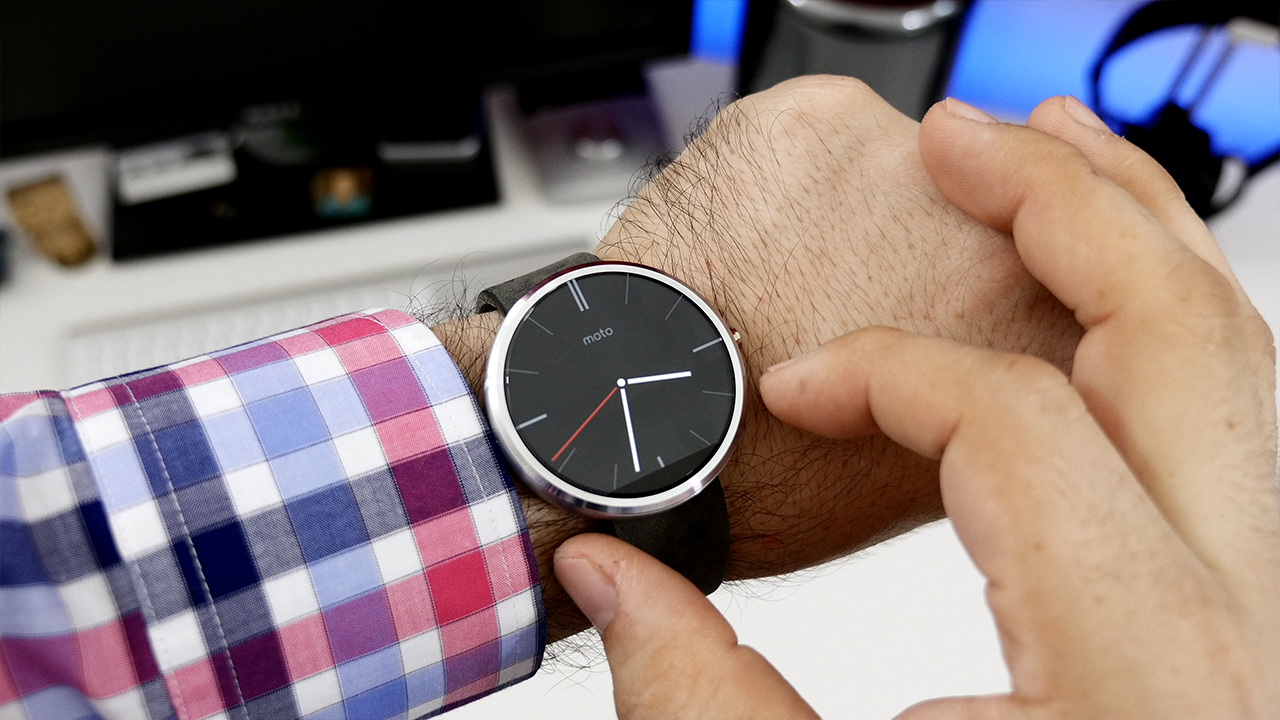 The Moto 360 is one of the most anticipated Android Wear smartwatches to date. Despite initial offerings from LG and Samsung, the Moto 360 continued to gain hype months before its official release. Well, it’s finally here and we’re getting hands-on with it in our unboxing and first impressions video…

First off, let’s talk specifications. The Moto 360 is packing a 1GHz TI OMAP 3 processor, 512MB of RAM, 4GB of internal storage, and a 320mAh battery. The display is a 1.56-inch 320×290 LCD (205 ppi). As you may have noticed, the Moto 360 has black space at the bottom of the display that takes away from the full circle design. This area houses the ambient light sensor and possibly gives Motorola room to connect the display’s ribbon cable to the internal components. The display is also covered in Corning Gorilla Glass 3 with a very sleek beveled edge. Just in case you were curious the Moto 360 carries an IP67 water-resistance rating as well.

Check out our Moto 360 unboxing and first impressions video below:

Unboxing the Moto 360 is a fairly premium experience. It’s packaged nicely and contains a Qi charging-enabled cradle, Micro USB wall adapter, a couple of small guides, and the Moto 360. We have the Silver/Gray version here, but the Moto 360 also comes in a stealth-like black version with a black leather band.

Overall, I’m very impressed with the 360’s design. It doesn’t look as dorky as the other Android Wear offerings on the market. Unfortunately, looks will only get you so far. I have noticed quite a bit of stuttering on the Moto 360 when compared to its competition. It seems that the OMAP 3 processor isn’t good enough to handle fluid swipes as I would expect. Hopefully this issue can be fixed with a software update, but the OMAP 3 is also pretty old. I just hope we don’t have to wait for the second generation in order to ditch the stuttering.

Along with that, I don’t feel like Android Wear is 100 percent optimized for this circular display. Though Google makes a circle interface available to developers, it still seems a bit squared when swiping cards away from the edge. It doesn’t bother me a lot, but it’s there so I wanted to point it out.

Again, the Moto 360 has a very elegant design and is made from premium materials. I dig the look. There’s no denying that. LG’s G Watch R brings a bit of competition in terms of design and I’m a fan of that as well, but it’s not available just yet and won’t be for at least another month. I just hope these software issues can be ironed out before I’m ready to round up my thoughts for a review. If you’d like to know more about Android Wear, be sure to check out our full review here. What do you think about the Moto 360?