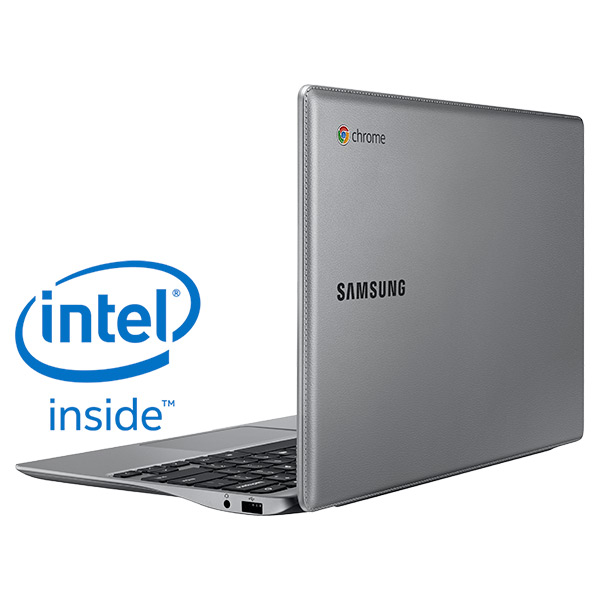 Samsung released a new Intel-powered Chromebook today, as part of its Exynos-based Chromebook 2 series. The company’s new notebook ships with an 11.6-inch display, an Intel Celeron N2840 Bay Trail processor clocked at 2.58GHz, 2GB of RAM and 16GB of local storage space. Priced at $250, Samsung’s revamped Chromebook sports a faux leather backing similar to what we’ve seen on some of its mobile devices.

As for the rest of the machines bells and whistles, there’s a 720p-capable webcam positioned above its 1,366 x 768 display and a pair of USB (2.0 and 3.0) ports. Available to pre-order directly from Samsung, this new take on the Chromebook 2 offers up to nine hours of battery life, which in theory should easily be able to get you through a day at the office or classroom.

In addition to the aforementioned bullet points, Samsung’s new Chromebook will be one of the first devices to support Google Help, which is pretty much Mountain View’s version of Amazon’s Mayday service. Available between the hours of 10am – 7pm EST, a user can simply type “Chrome:help” into their browser’s address bar and they’ll be placed in line for the next available support agent.

If you’re not hung up on specs and you’re looking for a casual system for web surfing and document drafting, the Intel-powered Chromebook 2 goes on sale next week.