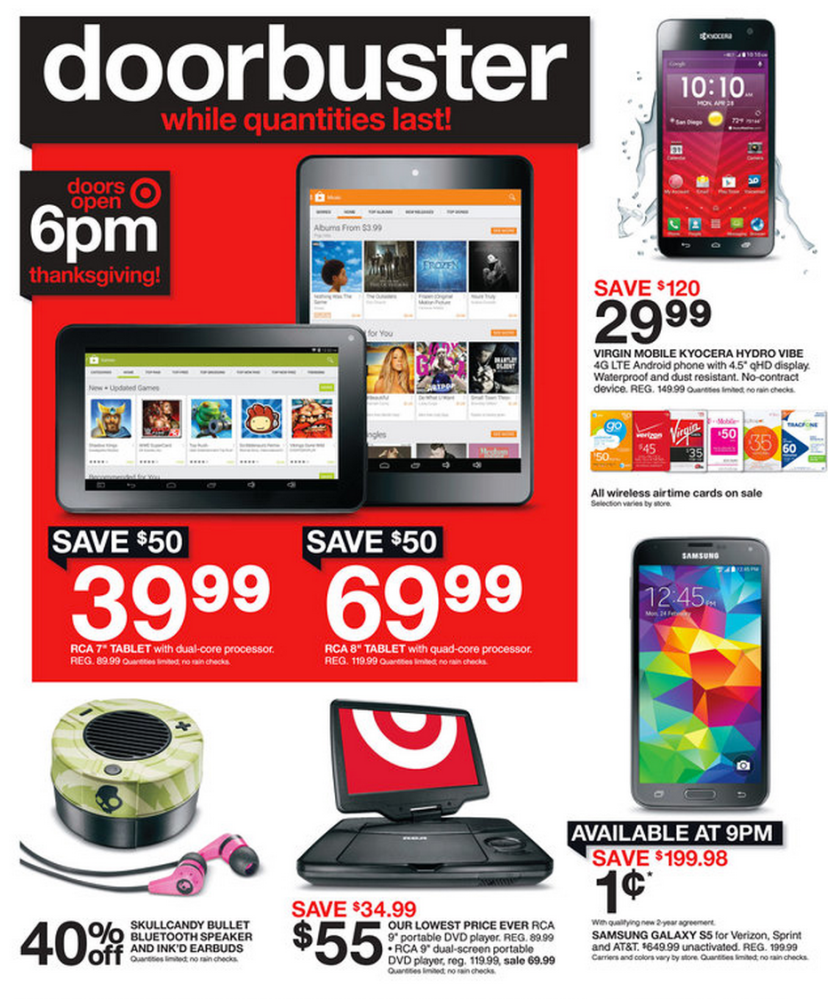 As the leaked Black Friday ads continue to surface, today we got a look at what Target will be offering come the end of the month. The retailer says it will have hundreds of door busters and thousands of deals on everything from Google products and gaming consoles with gift cards attached along with deep discounts on home goods and more. Items on pages 2 and 3 of the ad are available today to order online with free in-store pickup. We’ve shared some of the standout deals we’ve spotted so far ahead, and keep checking back as we add more.

There is an iPhone 6 deal for $179.99 with a $30 gift card attached, but you’ll do much better if you’re a Sam’s Club member. The big box retailer will have Apple’s newest smartphone for just $99 starting November 15th. You can check out everything Sam’s Club will have to offer as the month progresses in the full Black Friday ad leak. Here are some of the standout deals we’ve spotted so far, check back as we add more notables:

Dan DeSilva contributed to this report.