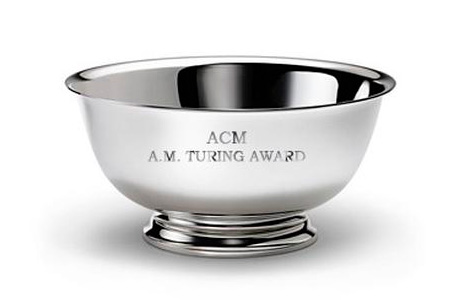 The Association for Computing Machinery’s A.M. Turing Award is one of the most prestigious honors that can be won by a computer scientist or engineer and it’s about to get a lot more valuable thanks to a cash infusion from Mountain View. Today, the ACM announced that funding for its award has been raised to $1 million provided by Google, making the prize’s value four times its previous sum.

Often referred to as the “Nobel Prize” of computing, the award was created in 1966 and was named after British mathematician and computer scientist Alan Mathison Turing. Recognized as one of the highest technical accolades, its recipient is selected based on a major contribution of lasting importance to computing.

Prior to its massive increase in value, the A.M. Turing Award’s $250,000 prize was sponsored by Google and Intel. However, this year the search giant will be picking up the $1 million purse all by itself.