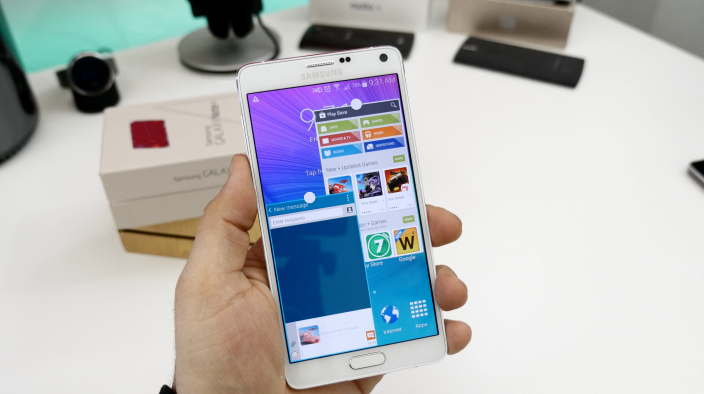 According to an image obtained by Android Central, Samsung is soon planning to offer all Galaxy S5, Galaxy Note 4, and Galaxy Tab S buyers one free year of Netflix. The promotion will apply to U.S. customers only, however, and will only be available for the first 115,000 people to take advantage of the deal.

According to the image, the deal will kick off on Sunday, January 4th and run until all 115,000 offers have been claimed or until January 17th, which ever occurs first.

Customers interested in the offer simply have to visit SamsungPromotions.com after they purchase their Galaxy device. On the site, they can register for the offer and apply the credit to their Netflix account. The deal is applicable to both new and existing Netflix accounts.

A year of Netflix normally runs $107.88, so for anyone that has been considering a Galaxy Note 4, Galaxy S5, or Galaxy Tab S purchase, this deal is definitely an incentive. The Galaxy Tab S is the lowest priced device of the bunch, coming in at $349. Of course, the Note 4 and Galaxy S5 are available at a lower initial cost, but with a two-year agreement. 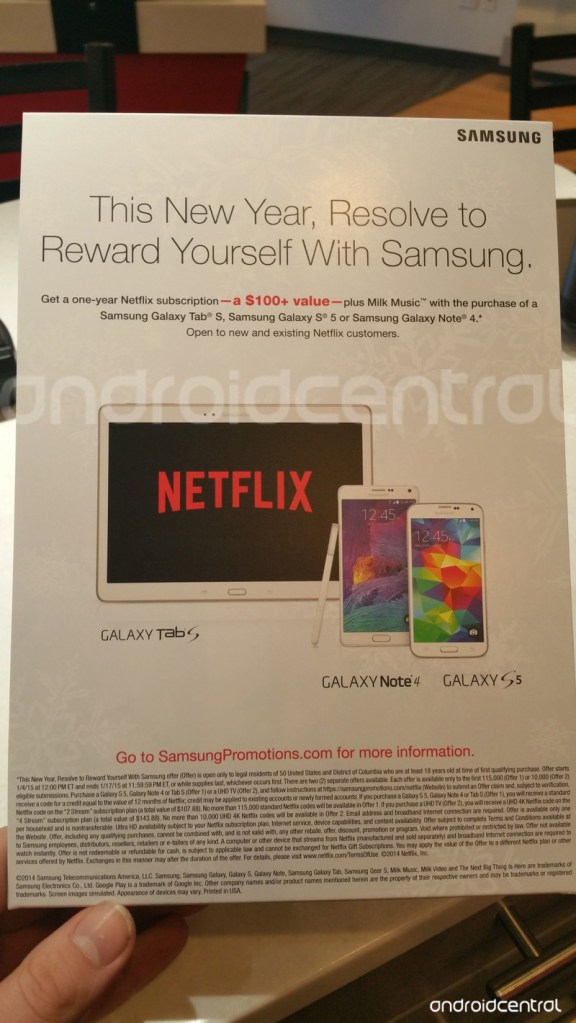