Google has this morning announced that Android One is coming to Indonesia, and with that updated their splash page for the initiative. Alongside detailing the three new phones that are soon coming to Indonesia, Google also mentions the latest official build of Android, the previously unannounced version 5.1 Lollipop. Keep an eye on this article between now and the official rollout of the software as we learn more about what the next version of Lollipop has to offer…

A tipster for Android Police has pointed out that the update includes much-improved WiFi and Bluetooth toggles. While the quick toggles menu in the notification shade previously only allowed you to toggle WiFi and Bluetooth on and off, Android 5.1 allows users a little more functionality. Tapping the “Wi-Fi” label or the “Bluetooth” labels will take you to the respective settings menus as before, and there’s also little arrow next to those labels that let you pick the WiFi network or Bluetooth device that you’d like to connect to. 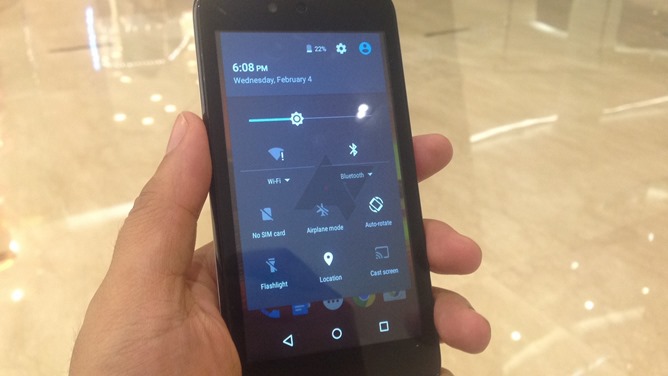 As you can see in the below video (via Android Police), a tipster sent in a video of cute new animations in the Clock app. As they flip between different screens, keep your eyes on the small icons at the top of the page…

As you can see in the below video, there’s one feature shipping with Android 5.1 that seems to be made specifically for Android One phones (via Android Police). As of this version you can assign a specific color to each SIM card so that you always know which you’re using to place calls.

“Until next alarm” mode for interruptions menu

You can now choose a new “Until next alarm” mode (via Android Police) when choosing to opt out of all interruptions in Android 5.1. Previously, options included the ability to turn off interruptions indefinitely, for one or more hours, or until downtime ends. 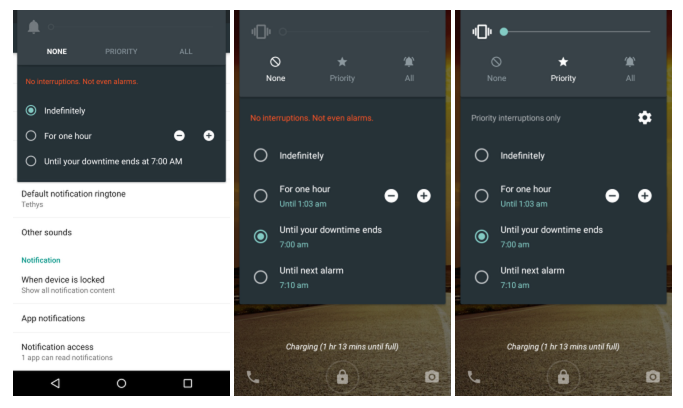