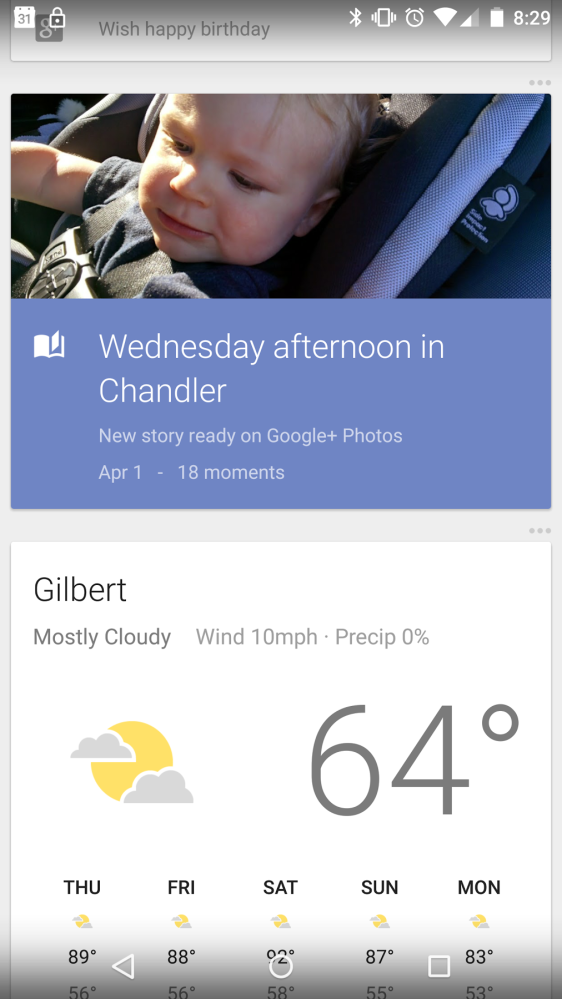 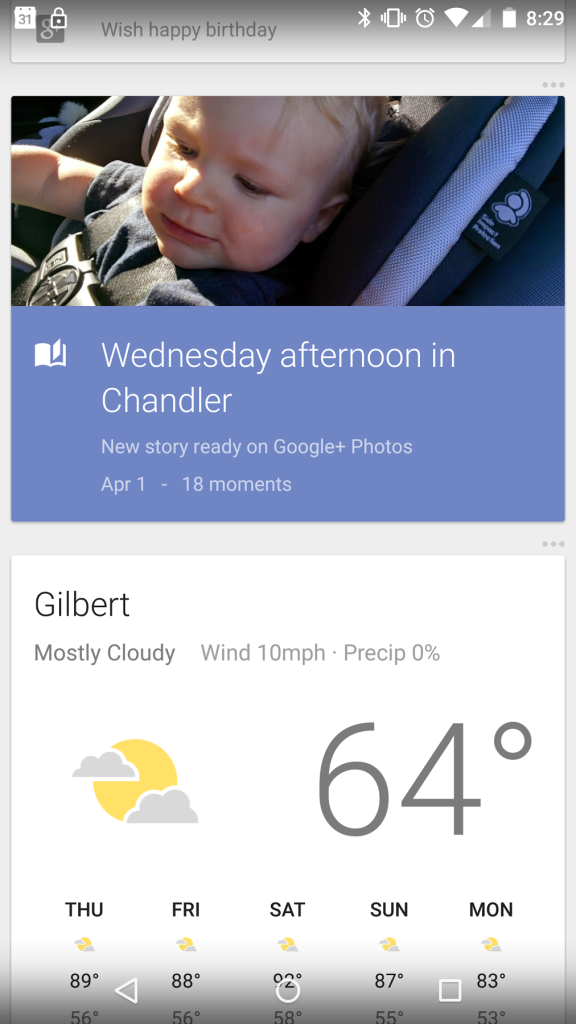 Google+ has long had an interesting feature called “Stories” that creates a fun timeline out of your uploaded photos, but now users are reporting that these are now showing up in Google Now. The card that’s appearing in some users’ feeds shows a photo preview of the story, an associated date, the number of moments—and tapping this card takes you to the Google+ app to view it in its full form or share it with your followers.

There are a lot of things you need to make sure are in order before you might see one of these cards, but it’s not all too complicated. The hardest part for most tech enthusiasts would probably be going out and taking enough photos for Google+ Stories to have something to work with. If you’ve never used Google+ Stories before, this is how you get started (according to Google’s support page):

Stories are automatically created and you’ll be notified when one is made for you. Stories will work best if you:

After you’ve done all of these things, it probably won’t be long before you see the above card in your Google Now feed. On the other hand, if you are receiving this card and you don’t want to or you simply have no interest in Google+ stories at all, Google says you can turn the feature off completely by disabling Auto Awesome.